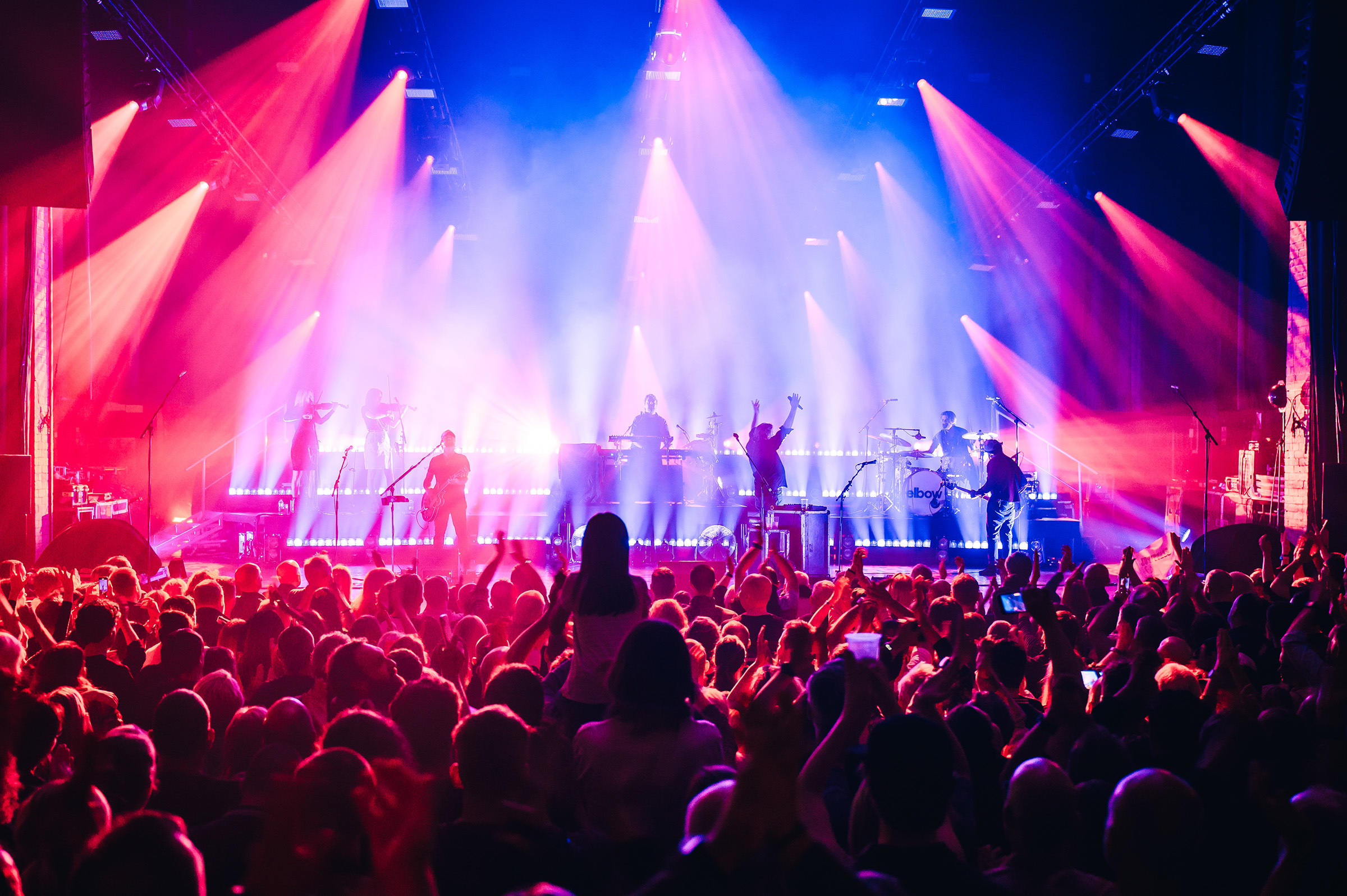 “We started designing at the end of 2019 for a tour that was due out March 2020. But when COVID hit, it was the last tour to be shut down and the first to start up again,” she explains.

The brief had been for a strident lightshow – incorporating lasers, but without video – in a package that would be “big enough to sit in an arena, look impressive in a theatre, and at the same time be able to be shoehorned into a club”.

“The band are very into their lighting,” she continues, “and as lovers of the X4 Bars I thought this time I’d give [the FR10s] a try.”

Carter could see a unique opportunity to use these fixtures as a scenic element on the risers, she adds: “They were built into the stage set, and although they were on a curve, it really worked.”

The designer had immediately been impressed with the fixture’s large aperture. “I also love the individual zoom and color control, and they produce immense light,” she says. “The aperture around the risers gave an almost footlight feel and was a nod back to the days when shows had banks of par cans.” This harmonized perfectly with an album that the band felt would suit lasers, in deference to the earlier prog idiom of the early 70s.

And the FR10 certainly stood up to the task. “We edged the risers in low intensity light – using the FR10s in their widest focus, as the beam effect can sometimes be a little too intense – and then we used the tighter focus options to create a frame and full-beam effects.”
Carter says everything she had hoped for from the FR10 Bars had come to fruition during pre-vis. This took place at the HQ of Lite Alternative, which also the designer’s preferred, long-term vendor.

“The first night at rehearsals my programmer [Franki McDade] and I did a bit of wrangling and the result was absolutely what we had been hoping for in a dynamic, multi-effect, multi-head fixture,” she continues. “What I like about these is the light curtain feel it creates … [which is] quite architectural when it comes to framing the band.”

The band also voiced their approval, according to Carter. “They said [the FR10 Bars] looked fantastic – guitarist Mark Potter in particular,” she concludes.