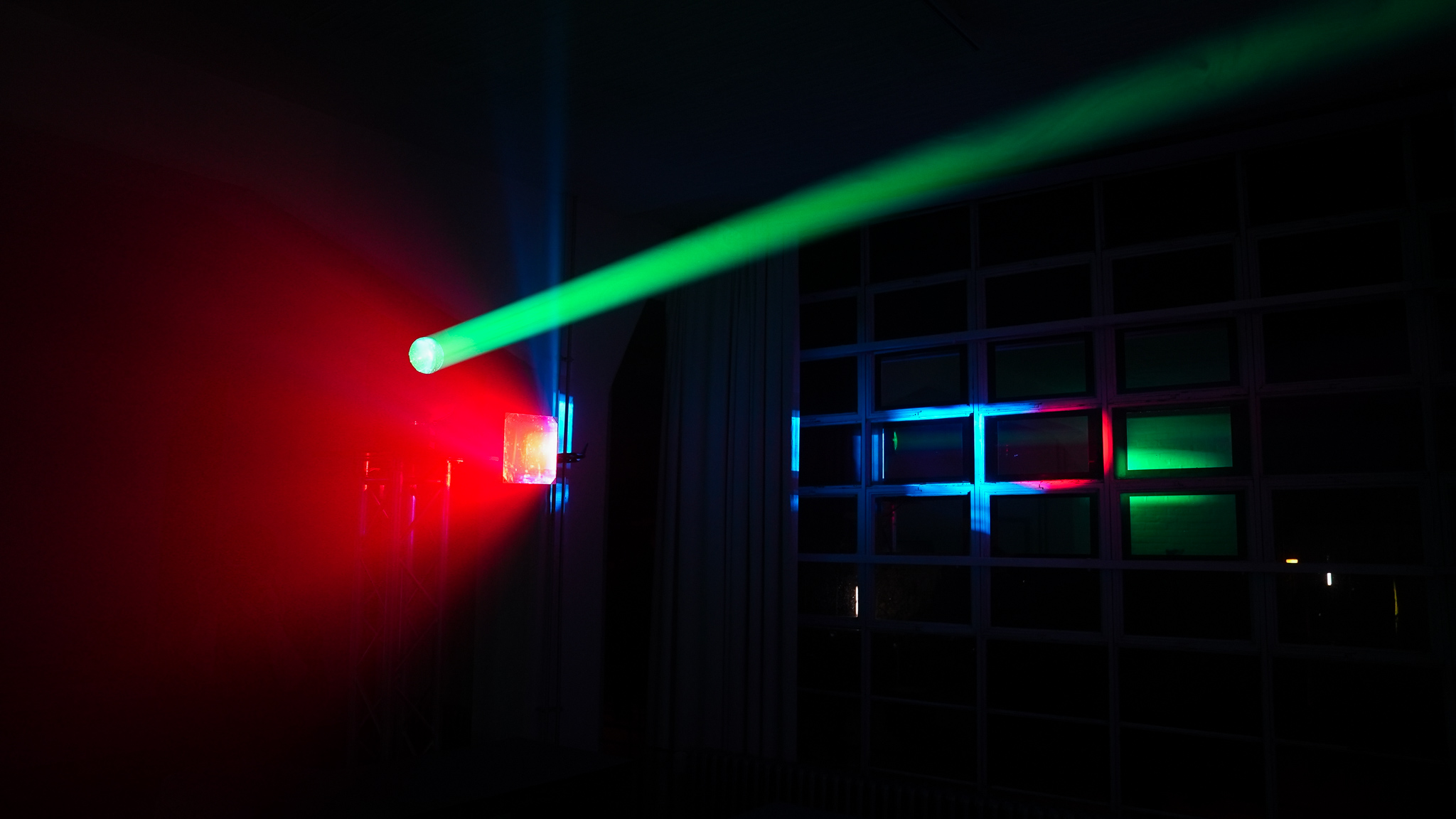 When lighting designer Henning Schletter received a commission to develop a light art installation in a former study room of the Bauhaus building in Dessau, he didn’t have to think twice. As part of the Bauhaus Festival 2021, an interactive installation was created in which the building’s vertically opening windows, in combination with FUSION Exo Beam spotlights from GLP, sparked a light spectacle with contemporary relevance.

“For someone who is very interested in design himself, the Bauhaus is the Holy Grail,” says Schletter, who specializes in the theatre and installation sectors, as well as light art and video, and Berlin Fashion Week. “The Bauhaus was a breeding ground for everything that involves us today in terms of modern design. It was really great to be able to work in these ‘sacred halls’ for once.”

The path to the Reflection installation was paved by Dr Jan Hofmann, chairman of the Circle of Friends of the Bauhaus e.V. The motto of the Bauhaus Festival 2021 was ‘Infrastructure’, and it was therefore necessary to interpret this artistically as a component of the legendary building.
“During a site visit with the curator, Burghard Duhm, I immediately fell in love with the preliminary course room with its impressive window front,” explains the lighting designer. “The Bauhaus building was the first building in the world with such a self-supporting glass front. The windows themselves can be rotated on the vertical axis by pulling on a chain. The idea of ​​using the windows and the pull mechanism, and thus creating a connection to current events, quickly came up – the key was a regular airing of the classrooms during the pandemic.”

“GLP’s FUSION Exo Beam was ideal for this. I had only recently seen the fixture at a GLP event and found it very interesting because it is relatively quiet and uses little power. A classic discharge-based beam lamp was out of the question due to the prescribed minimum distance,” continues Schletter, “In this respect, the Exo Beam, with its compactness and LED technology, offered the ideal alternative.”

Schletter has been relying on the solutions offered by GLP for a long time. “At the moment, I’m particularly excited about the X5 series,” he adds. “But I have already planned the Agilio, which is also new, in a permanent installation.

“Many thanks to GLP and Oliver Schwendke for the close cooperation and open communication at all times. I would also like to thank the event and project manager Susanne Mittmann from the Bauhaus for her support with this project.”