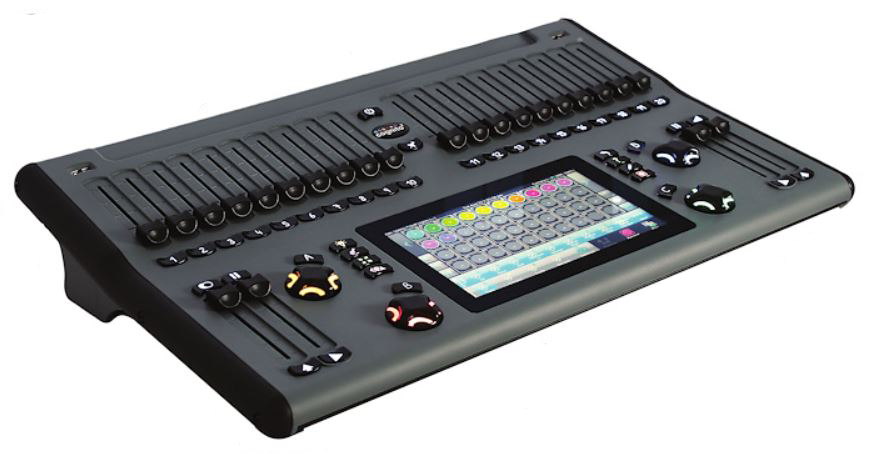 Lately, it’s been hard to label a lighting desk as “unique”. They pretty much have the same faders, switches, readouts and connectors, making them all appear to be different flavors of the same dish. Even though the Pathway Connectivity Solutions’ Cognito 2 looks like a typical console, which makes it easy to learn if you are jumping from another brand, there are some rather unique differences inside the console that really caught my attention.

Although it has a color touchscreen on the surface, there is an HDMI connector for an external monitor and external control can be interfaced using MIDI and RS-232 allowing connection to ProPresenter and Ableton and many other systems. The touchscreen is the core component for programming the console, although there is a balance of useful faders and switches. For example, pan and tilt can be managed either through two rotary encoder controls, or via a virtual joystick on the touchscreen.

Many of the parameters that appear on the touchscreen can also be controlled by the hard switches. Small graphical indicator “bugs” reveal which button will activate a particular setpoint. Also, in reverse, many of the hard switches will change color to indicate what they are prepared to do.

The recessed back panel houses all of the input and output jacks so that the console can be jammed up against a wall without compromising the integrity of the connectors. Of course, it can also be rack mounted in a more permanent integration.

The Ethernet + PoE jack allows for direct operation via DMX over Ethernet connections, but the console can also be powered via a PoE connection instead of the outboard power supply.

There are two universes of 5-pin DMX including a separate 5-pin DMX input. I’m a big fan of 5 pin connections for DMX since it prevents someone from grabbing a 3-pin audio cable and infecting a data path with improper cable.

A total of 4 USB ports are provided. Two are on the top surface, and the other two are on the rear panel. Each port will accommodate a keyboard, mouse, or USB stick. The two ports on top also provide power if you want to use a couple of USB powered lights to illuminate the surface. In another extension of good design, the top USB ports can be used to charge your cellphone. The ports still provide power when the console is powered by PoE instead of the power supply.

Natural language is a unique implementation that makes the Cognito easier for novices to operate. Essentially, Natural language control uses “real-world” terms and labels instead of channel numbers and data-level values. Originally called the “Abstract Control Model” authored by Horizon Control, the protocol was inherited when the entire team joined Pathway.

How Cognito 2 handles tasks differs from anything else I’ve seen. For example, turning up the red color channel raises the red. But if you want more blue, turning up the blue channel also reduces the red so you are going toward blue rather than just mixing into an unwanted magenta. This may be a more difficult concept adjustment for veterans that are ingrained with trying to estimate where the color curve might be, but it makes so much sense. Another example is to think about panning a moving head fixture. Consider two fixtures: one with a 360 degree pan range and the other with 540 degrees of pan capability. If you start them both aimed at the same point and adjust the pan control, they will quickly diverge from being parallel. That is because out of 65,536 increments of pan between 0 and 100 percent, 13 percent of a 360-degree pan range is only 45 degrees, as opposed to 68 degrees of movement with the second 540-degree fixture. Natural language with the Pathway differs in that it will keep beams moving parallel even if they have different characteristics.

Another nice feature is the context sensitive help document that can be called up on the touchscreen along with tutorials for training purposes. Reading the 64 page manual is highly recommended for this product, regardless of how many operators insist on never reading manuals. There are so many clues and hints to situations that having a little extra knowledge is a valuable thing. For instance, the DBO (Dead Black Out) button above the Grand Master fader will glow blue if the Grand Master is at full intensity. If not at full, then the DBO button glows red, alerting the operator that the console is producing less than full output. There are also a bunch of detailed internet tutorial videos in bite sized durations that get into the most detailed of feature explanations which I highly recommend.

By pressing the Power button once and then the Lock button, the console enters “Wall Station” mode, where the touch screen becomes a preset recall panel while locking the ability to program. In this mode, anyone can operate a selection of scenes without fear of messing up something deeper in the configuration or programming. Basically, it behaves like a standard lighting wall station which is a perfectly suited feature for churches that have laypeople using the facility during the week.

Also, a benefit for churches is the ability to start small and upgrade the console as their needs increase. From the “Starter” level, there are four more ascending levels of channel counts and IO capabilities that can be added via the internet when the Cognito is connected to a data network. Also, building a show can be done offline using a free downloadable offline editor (OLE) that works on Window or Mac based hardware. 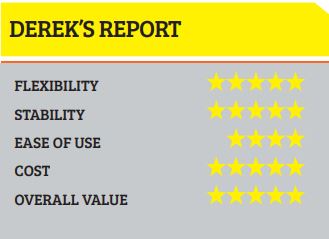 Another great feature is the ability of the Cognito console to be controlled by the Vignette wall controller series of products. This is especially helpful for “amateur” operation of the lights during the week when a small group might want to do their own event. Vignette can be configured with a few button modules and fader modules networked around the room that can be mapped to specific scene settings with snapshots. The general daily users can still fade several useable scenes without needing to understand the Cognito console. When the Cognito console is turned back on, the Vignette yields control back to the console.