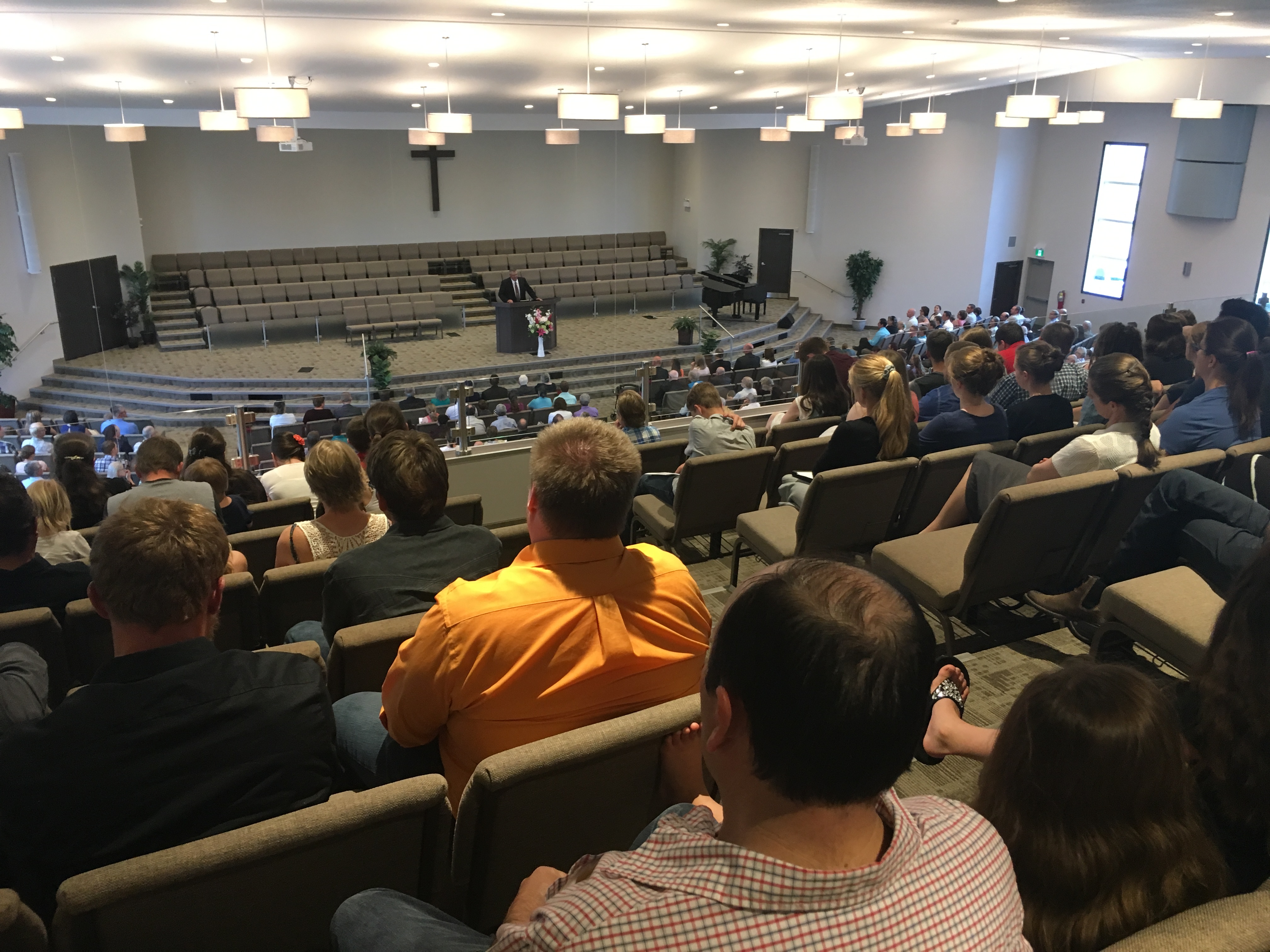 During the last quarter of the 19th century, German-speaking Mennonites from Russia began settling the area around what is now the city of Winkler in southeastern Manitoba, about 75 miles southwest of Winnipeg and a dozen miles north of Cavalier County, North Dakota. Mennonites continued to settle in the area and today constitute the overwhelming majority of the population. To serve this growing congregation, in 1981, Zion Mennonite Church built a new house of worship at Schanzenfeld, a small community a few miles south of Winkler.

The region has continued to grow, and Zion Mennonite Church’s congregation grew apace. To accommodate its increase, the congregation recently expanded its facility and equipped it with a new Renkus-Heinz sound system designed and installed by Golden West Sound Design of nearby Altona.

“Sound quality was a high priority for the church from the beginning,” recounts Myron Dyck of Golden West Sound Design. “But they didn’t want something big and gaudy. Years ago, we installed one of the first generation of Renkus-Heinz ICONYX speakers in another church in the same community and had good success with that. So when I proposed a system based on Renkus-Heinz’ IC Live Gen5 series, it was easy to point to previous success.”

The main floor of the church seats 614, and the balcony seats 204, with 90 more seats in the choir loft. “Acoustically, the space is horrible,” admits Dyck. “I initially measured close to 3.5 seconds of reverb time with no chairs installed. Now, with chairs in, it’s down to 1.6 seconds-better but I’d still like it to be lower. It’s not great for intelligibility, and we still need to do more acoustic treatment to address reflections off the rear walls, especially in the choir. But we would have had much bigger challenges without Renkus-Heinz’s precision beam-steering.”

Services at Zion Mennonite Church are mostly traditional and are presented in German and in English. Music is mostly choir and piano-there’s no organ-but periodically a small band performs. “The congregation sees the direction the church may be going 10 or 15 years from now, and they want to be prepared for it,” Dyck notes. To ensure speech intelligibility and enough power and low end to meet current and anticipated requirements for music, Dyck specified a pair of Renkus-Heinz ICL-F-DUAL-RN arrays, which cover almost the entire room. The Golden West team installed a pair of Renkus-Heinz CFX12S 12-inch high-performance direct-radiating subwoofers into the stage risers, aiming a sub down each of the two side aisles. Five Renkus-Heinz CFX42 compact, high-performance, two-way stairstep speakers, spread across the front of the stage, serve as front fills.

“ICONYX speakers’ horizontal coverage is fantastic, and this is a fairly wide church,” Dyck explains. “If we had used a traditional single array in the center, or any point-source approach, we would need multiple speakers and more wiring and amplifiers. With just one pair of ICL-F-DUAL-RNs, we have a much cleaner installation, and they’re slim and visually unobtrusive.”
Dyck’s team manages the ICL-F-DUAL-RNs with Renkus-Heinz RHAON II System Manager software, which includes the BeamWare III beam-steering calculation and simulation program. “With BeamWare, you can adjust four different beams,” Dyck points out, “so I have three beams covering the main floor and one covering the balcony. The consistency of coverage across the floor and the balcony is great. When I walk around, I don’t notice any changes.”

When planning the subwoofer installation, Dyck wanted to ensure that the wooden stage would not resonate with the low frequencies. “They used special plywood for that stage,” he observes. “We built subwoofer pockets underneath the stage that the subs slid into, and we sealed those up, which minimized the resonance.” The CFX12S subwoofers and CFX42 front fills are managed with Linea Research 44M06 four-channel amplifier/processors.

“Renkus-Heinz was a fantastic choice for Zion Mennonite Church,” Dyck asserts. “It’s a clean, simple install, and the system sounded great after just a few small tweaks. The congregation is super happy.”