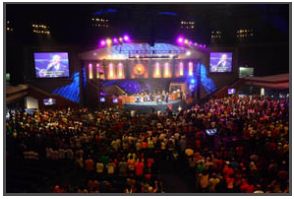 “The PA has awakened like a brand new system,” states WCCI staff Audio engineer Hall Williams, who previously handled production and toured with a variety of gospel, jazz and reggae artists. “Everyone has commented that the sound is a lot cleaner, a lot brighter, a lot fuller. It’s just NICE—that’s all I can say! It sounds really, really good.”

The WCCI staff engineers had previously suspected that some of the drivers had failed in the system, but the sound problems persisted even after a number of components were replaced. “That’s when I called Roy Drukenmiller at Rock ‘n’ Road and said, bring me a couple of power amps,” says Williams.

“We upgraded the consoles at WCCI about two years ago to DiGiCo: an SD7 at front of house and an SD8 at monitors,” says Roy Drukenmiller, president of Rock ‘n’ Road Audio, a sound production rental, sales and systems integration company located in Tucker, GA, who supplied the Powersoft amplifiers. “As they made the rest of the system better they found that it was still not working to its full potential. So the next step was to either replace the speakers or the amplifiers. Jim Green from Quest, the southeast rep for Powersoft, and I went down there with two K3 amplifiers and did a quick demo. All of a sudden the system sounded much better.”

“When we put those 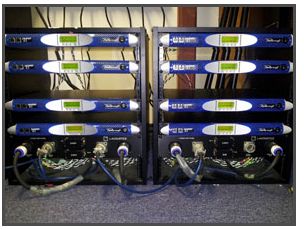 Powersoft amps on it was like the speakers woke up,” Williams recalls. “I’d never experienced anything like it. There was just something about the definition of the bass notes, and the clarity of the system. So I said to them, quote me for 22 Powersoft amps!”

“Some of us grew up in a world when things actually used to sound pretty good,” says Drukenmiller. “There are lots of manufacturers making small, lightweight amplifiers now, but I think audio quality is what we’re looking for in our world. In this day and age, with the rush to the bottom, Powersoft defies that trend.”