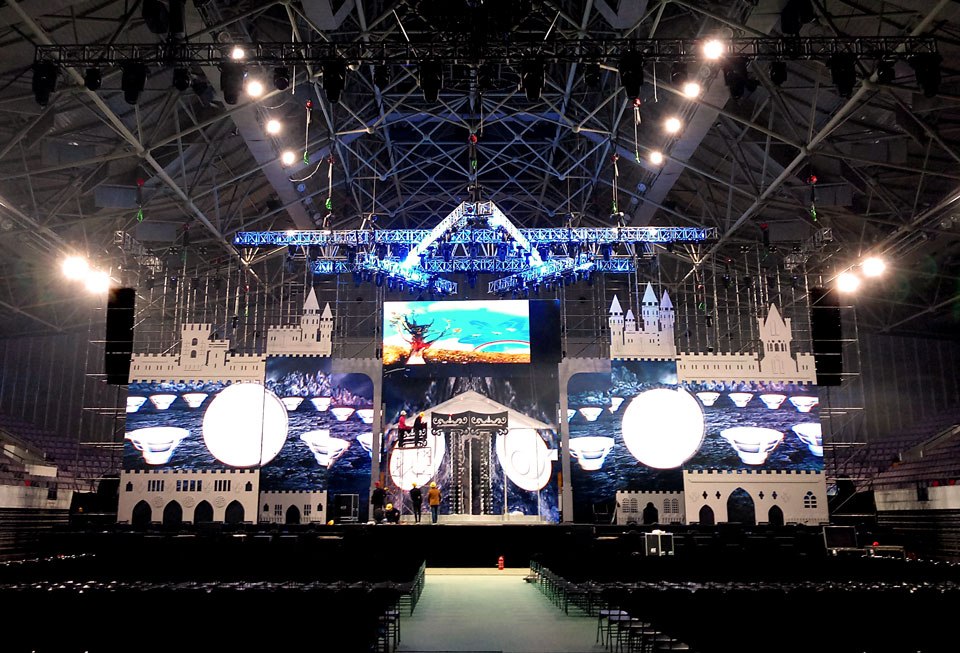 Shanghai-based VUE China provided audio services for the “MY GIRL” concert, which doubled as Linong’s 18th-birthday celebration, at the Beijing National Olympic Sports Center. The VUE team deployed an al-Class line array system including 24x al-12s hung 12x per side on the main stage, 12x hs-221 subwoofers ground-stacked in a line along the front of the stage with four stacks of two al-8SB subwoofers, two stacks per side; 8x al-8s as front fills stacked two high and spread in four stacks across the front of the stage; and 4x al-8 on each side of the stage provide side fill. Rack-mount VUEDrive V3, V4 and V6 Series Systems Engines provided all power and processing for the arrays.

According to Mr. Gu, President of VUE China, the concert gave an entirely new segment of the burgeoning Chinese live music market, and budding performers, a taste of VUE’s world-class sonic performance. “Idol Trainee, and the talent and fans it spawns, are the key to the future of Chinese pop culture and the markets it creates,” explained Gu. “We were honored to provide audio services to the event and were thrilled to receive much positive feedback on the VUE rig’s clarity, coverage, and ease-of-setup.”

And according to Ken Berger, VUE CEO, progress in China is outpacing the rest of the world. “When we expanded the Shanghai-based operation and our national footprint throughout the Mainland in the Spring of 2018, we made a commitment to establish the brand as the Chinese market leader. I’m really excited to see Mr. Gu and the entire team making that vision a reality.”