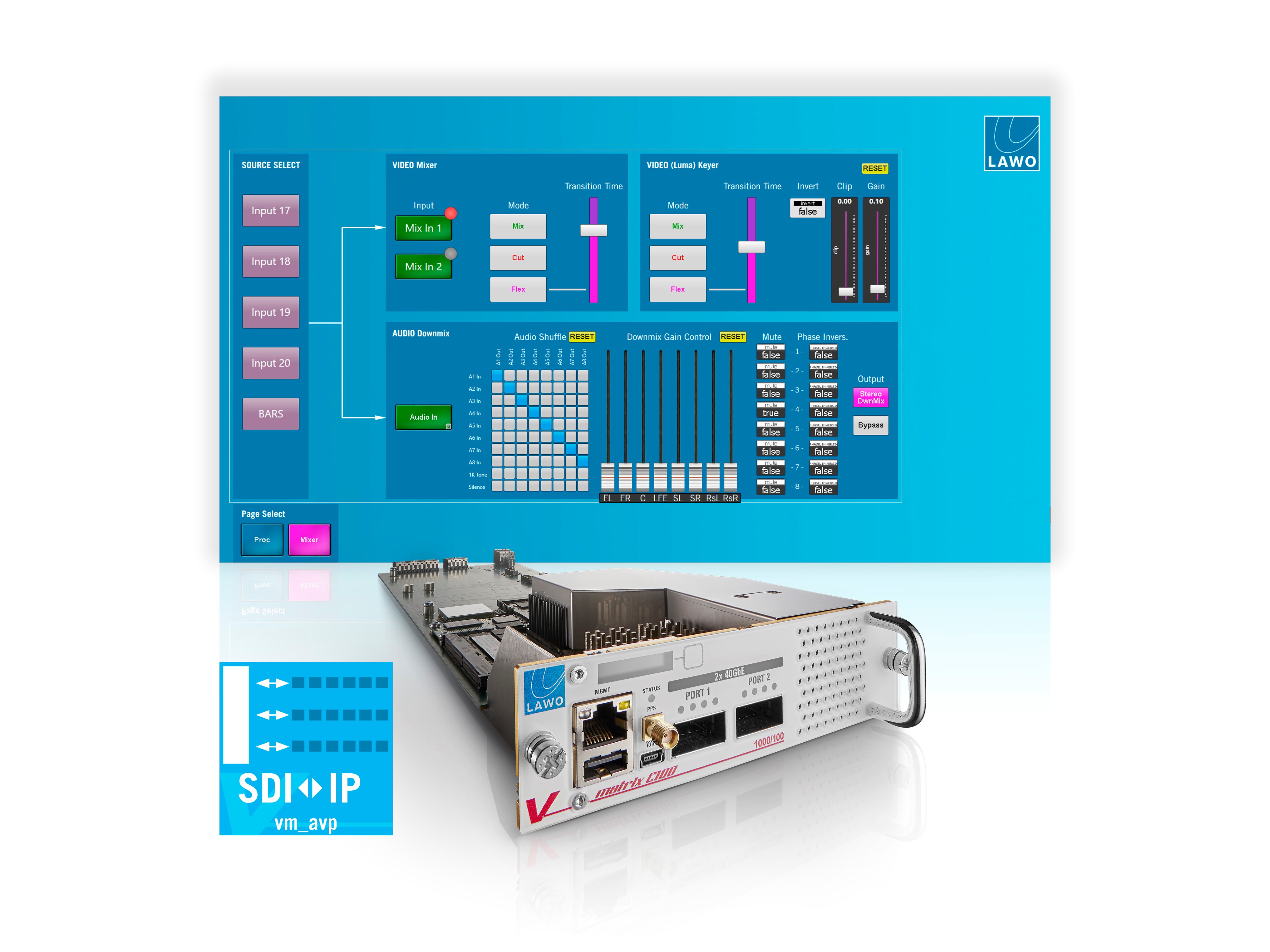 Lawo’s vm_avp app for the software-defined V__matrix C100 ecosystem has become a popular choice for both reliable gateway services and IP-based A/V processing. Lawo is happy to announce that the highly popular vm_avp app (formerly known as vm_streaming) has been enhanced yet again with major features, most of which are provided by license options.

The new +tc_gen license generates timecode flavors from PTP or other time sources and provides up to three independent generators. Generated ancillary timecode (ATC) formats, which can be embedded into TX and SDI outputs, include VITC1, VITC2, and LTC. Linear timecode (LTC) can be generated as a digital audio signal.

The enhanced +VC2 option equips vm_avp with 20x VC-2/DiracPro ultra low-latency video codecs and now supports single-link streaming as well as compression ratios of up to 6.6:1 and 8:1 for monitoring purposes, with less than 20 lines of end-to-end delay. This turns it into a great add-on for remote production scenarios where bandwidth is limited and minimal delay is of the essence.
The already existing +FS license enables frame syncing and delay for video as well as sample-rate conversion and delay for audio. In response to numerous V__matrix user requests, the FrameSync/Video Delay Processing block now features a mode for 12G square-division merging (SQD).

“Lawo’s vm_avp app for V__matrix C100 has evolved from being an IP gateway heavy-weight into a fully featured, IP-based video and audio processing powerhouse,” explains Stephan Türkay, Lawo’s Senior Product Manager Media Infrastructure. “The software-defined nature of our V__matrix ecosystem inherently means that its feature set can be adapted to evolving market expectations. This strategy turns V__matrix into a secure investment for the long term.”

The new vm_avp and its revised license options are already available for both new and existing installs in tech rooms, private-cloud hubs and OB trucks. More news about virtual module app enhancements for Lawo’s V__matrix ecosystem will be announced soon.