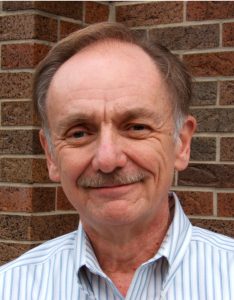 As the FCC, in the US, and Innovation, Science and Economic Development Canada (ISED), continue to find new ways to make more spectrum available for mobile broadband wireless devices, we in the pro audio world must revise our wireless frequency use. A broadband wireless device is a smartphone or IPad etc. that can connect to the Internet and stream or download content without connecting through a local Wi-Fi network. This extremely popular activity is requiring more and more frequencies to handle the demand. The large pool of reserved for TV but mostly unused spectrum is being “repurposed” to accommodate the need. Unused that is, except by wireless microphones.

Since the mid-1980s, we in the Pro Audio world have been very fortunate to have had free access to all the locally unused UHF Broadcast TV channels from 14 through to 69 or 470 to 698 MHz for our wireless microphones, In-Ear Monitors and Wireless Intercom Systems. Using this large portion of the radio spectrum has allowed us to easily find multiple clear frequencies. The only conditions were, and still are, that we didn’t cause any interference to a licensed user (Broadcaster) and that we were prepared to accept interference to us, if it occurred. By just having the knowledge of which TV channels were locally occupied, this unofficial arrangement worked well for more than three decades.

However, times have changed! Television viewers are watching less over-the-air or terrestrial broadcasting that requires an antenna. The majority of content arrives through cable, satellite or the Internet and many of the most popular channels don’t even have an over-the-air capability. This timely reduction in TV Broadcast requirements coincides with the increased requirements of Internet Service Providers (ISPs) so this large pool of TV channels need no longer be reserved for future terrestrial TV broadcast. This and the huge amounts of revenue generated by auctioning off the rights to blocks of frequencies to ISPs and phone companies have motivated government regulators to make sweeping changes.

Five years ago the 700 MHz band was repurposed. Wireless Mic users lost the use of all the unused UHF TV channels from 698 – 806 MHz (TV channels 52-69) and it is now illegal to use a wireless system within that range. In addition, congestion in the still usable lower TV channels (14-51) was increased as broadcasters had to move their transmitter’s frequencies down as well; a double-whammy, as the expression goes.

Soon, and over the course of the next couple of years, most of the 600 MHz Band will be going through a similar change. This is not news to many of us but it does raise some questions such as how much more spectrum will we be losing and when? Technically, the loss will include everything from 614 MHz to 698 MHz (TV channels 38 through 51). This leaves TV channels 14 thru 36 or 470 to 608 MHz. TV channel 37 (608-614 MHz) has never actually been a TV channel as it is reserved for Radio Astronomy and off limits to wireless mics anyway.

As of November 2nd, 2018, the manufacturing, importation, distribution, lease and sale of equipment operating in this range will be prohibited. It will however, still be legal to use existing wireless equipment in the 600 MHz band for some time to come although there is no guarantee that, as wireless mic users, we will not receive any interference from new frequency owners testing on those frequencies. Exactly how much time will be determined by the end of the coming government spectrum auction that will sell the use of portions of the 600 MHz band to interested broadband wireless service providers. At that time, even the use of existing equipment will be prohibited. This is expected to occur sometime in 2020 or 2021. In the US, as their auction is already completed, that date has been set at July 13th of 2020.

Meanwhile, continue to enjoy the use of your existing 600 MHz wireless microphones but do plan ahead for the inevitable upcoming changes.

Chris Brooks is an SFM Product Technical Specialist, who developed an interest in all things electronic and especially radio very early in life. Since joining SFM in 2000, Chris provides training and support for dealers, end users, educational institutions and Houses of Worship. Chris has developed and teaches a two-part wireless course in a Community College setting entitled RF Technology for the Entertainment Industry.