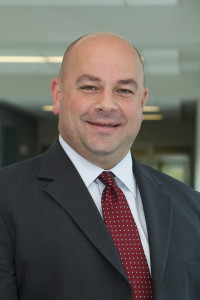 We recently had the opportunity to speak with Scott Burkhardt, Marketing Manager at Canon U.S.A., Inc., about the importance a proper lens plays in HoW projection. Not only does he explain the importance of lens ‘numbers’ and what they mean, he goes into great detail about throw ratio, focal length and lens shift – all important points to understand before you purchase your projector lens. Make sure to check out the first part of our interview in our April issue, online soon!

TFWM: We see all these “numbers” relative to projection lenses on a lens spec sheet – can you please explain what these mean in practical terms?

SCOTT: Of course. Each of those numbers is important, and depending upon the application often times some numbers are much more important, so let’s take a closer look. To make this easier let’s use the “numbers” behind our Standard Zoom Lens as our example (please note these numbers are based on usage with Canon’s new REALiS WUX6000 Installation Projector).

Throw Ratio
Let’s start with the Throw Ratio as it’s the most common lens specification. This determines the distance a projector will sit in a room or sanctuary relative to the projection screen. For any given projector, the width of the image or screen relative to the throw distance is known as the throw ratio. So for example, if projectors throw ratio is 2:1. This means that for each foot of image width, the projector needs to be 2 feet away or Distance/Width = 2/1 = 2.0. So if you are using a projector with

a throw ratio of 2.0 and require an image width of 5 feet, then your throw distance must be 10 feet. Conversely if the distance from the screen is 20 feet then the image will be 10 feet wide. So the throw ratio is a simple formula that lets you easily compute throw distance or image width given that you know one of these measurements. The beauty of a zoom lens is that it provides a range of throw distances in a single lens. For example the throw ratio of the aforementioned Standard Zoom Lens is 1.49 to 2.24:1, so based on our previous example of needing a 10 foot wide image this particular lens would allow the projector to be placed anywhere from 14.9 feet (1.49 x 10) to 22.4 (2.24 x 10) feet. Just based on those numbers one can easily see the great latitude that zoom lenses can provide, and why they continue to rise in popularity. And as designated by the name of this “Standard” lens the throw distance for this lens is more traditional, but there are optional lenses by many manufacturer on the market that provide even more latitude for greater distances. For example the Canon Ultra Long Focus Zoom Lens has a very large throw distance range from 3.55 – 6.94:1. Ultimately it is all about having the perfect lens that you need, when you need it.

Focal Length and F-Number
Next let’s take a look at Focal Length and F-Stop as these are two fundamental specifications. The focal length of a lens, which is usually stated in millimeter ranges (i.e. 50-75mm), is the calculation of an optical distance from the point where light rays converge to form a sharp image of an object to the digital sensor at the focal plane in the camera (it is determined when the lens is focused at infinity). To simplify, the focal length provides us the angle of view and magnification. For zoom lenses the amount of optical zoom can be easily calculated by dividing the larger focal length number by the smaller number, for example a 50-75mm focal length equals 1.5 Optical Zoom (75/50).

The diameter of the lens aperture (F-Number) is expressed in F-Stops (i.e. f2.5 to 3.0). The f-stop is a number also known as the lens ‘speed’ as it indicates how much light can pass through the lens. The lower the f-stop number the greater the light throughput (which equals higher brightness), and generally speaking fixed focal length lenses allow for lower F-Stops. Most manufacturers will give an f-stop specification over the entire focal length of a lens, i.e. 50-75mm, f2.0 – 2.6. One thing to keep in mind is that the light output from a zoom lens will vary as you make the image larger or smaller. The increase or decrease can be predicted by the zoom ratio. For example, there will be a 50% decrease in brightness when zooming from the widest lens opening to the farthest setting. Just remember that the lower the F-Stop number the more light will be output – which in general is a good thing, however there is a trade-off because as the f number gets lower the depth of field also becomes shallower. This is NOT ideal for maintaining focus throughout an entire image, which in general is the goal of a projector lens, but when used under certain applications like on curved screens or in multi-projector applications — this is even more important, so a proper balance must be achieved.

Lens Shift and Screen Sizes
Let’s move on to the last two primary specs which are Lens Shift and Screen Sizes. Before I discuss lens shift let me be clear in stating that I am only referring to optical lens shift, meaning the lens itself is shifting within the housing and thus adjusting the image location. This is opposed to keystone correction which is a digital shifting (compression/conversion) of an image handled by the projector itself. But as most people know, generally speaking digital manipulation of an image should always be kept to a minimum to avoid degradation/distortion.
Most projectors offer Vertical, Horizontal and/or Diagonal Lens Shift, and the purpose of these are to offer greater flexibility in the placement of a projector in a location. They can either be manually or power adjusted, and the amount that an image can be adjusted is stated as a percentage. Using our Canon Standard Zoom Lens as an example this offers the ability to adjust the lens down vertically 15% and up 55%, and horizontally left and right 10%. Going back to our discussion earlier regarding zoom lenses offering more placement flexibility, Lens Shift is another feature that further expands this capability.

Screen Sizes is a fairly straightforward spec, as is simply states what diagonal screens a lens and projector will sufficiently fill based on internal manufacturer testing. While these numbers provide a solid reference, additional testing should be completed to determine their accuracy, particularly if the application is close to the lower or upper limits.