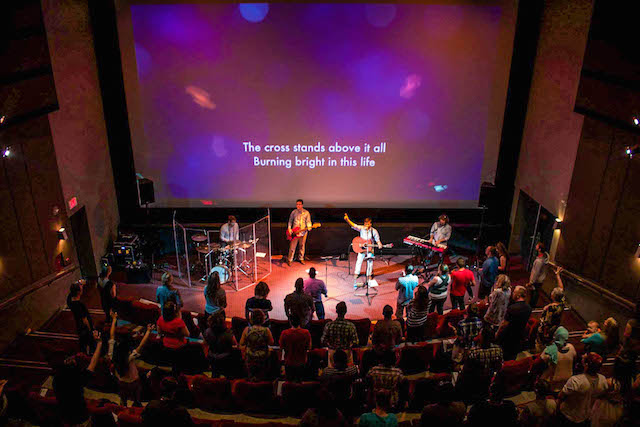 Founded roughly three years ago, Trinity Central is a modern, non-denominational church that brings a fresh approach to their worship style. The 120-strong congregation meets each Sunday at a local independent cinema in Vancouver’s Yaletown district, setting up and breaking down their gear for each week’s service.

“We bring in all our own gear, rather than running through the theater’s system,” explains Mark Peskett, Trinity’s guitarist and technical advisor. “We’ve got a good sounding PA system, and although the room isn’t really designed for live sound, we’ve been working on optimizing our system’s performance.”

As part of that process, Peskett recently helped upgrade Trinity to the new DL32R. “We had been using the DL1608, which served us very well,” he explains. “We were really excited about the DL32R and got our hands on one as soon as we possibly could.”

Peskett cites audio quality as a prime consideration. “We’re not a significantly large church – yet – but we really value the sonic integrity and production value of our meetings,” he says. “The DL32R is a major step up. The preamps sound absolutely pristine, with a great sense of dynamics, clarity and air. I’ve personally invested a lot into the signal integrity from my own guitar and pedalboard, but it’s all wasted if it’s going into a bad preamp.” 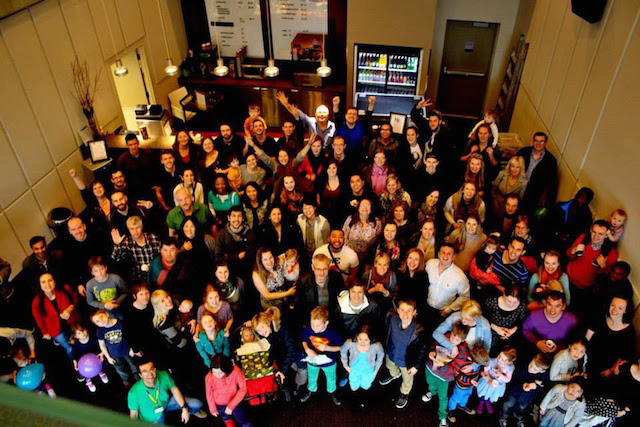 The DL32R’s DSP is another major plus, says Peskett. “We use compression and the EQ on essentially every channel, and use reverb and delay on vocals, snare, acoustic,” he says. “In some instances we’ve used presets, but typically we’re dialing them in ourselves. I often find myself misled by visual feedback, especially with EQ, so I’m using more vintage EQ modes, almost forcing myself to listen more.”

The band is typically a five-piece, with everyone on in-ears. “All of our musicians look after their own in-ear mixes – at least those who own iOS devices,” says Peskett. “Thanks to the DL32R, we can now run four or five stereo monitor mixes with no problem.”

Peskett is also responsible for the church’s podcast, and points to the DL32R’s multitrack recording capabilities as invaluable. “It’s just awesome – particularly the fact that you can just plug and play without any driver installation. My DAW immediately recognizes all the ins and outs, so getting set up is super easy.”

The new mixer’s debut was an auspicious one. “The first time we used it was for our Christmas Carol service, our biggest event of the year,” Peskett recalls. “We had an over-capacity crowd of around 260, and the DL32R was amazing. We had rented extra mics and monitors, and were using almost every input and output available. And even though the Master Fader 3.0 software was new to us, we were still able to pull off one of our most technically demanding services without a hitch.”

Peskett says the DL32R was clearly the right choice. “I foresee this mixer serving us for many years to come.”