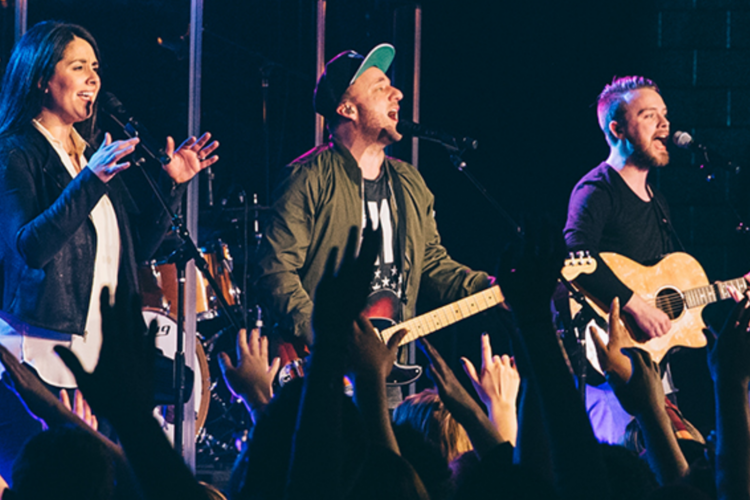 The Belonging Co. is the church to watch in the USA, in fact it could well be the fastest growing church in the USA, with broad appeal to those who seek authenticity and the basic elements in action.  Going from just 7 people in a home to in excess 2,000 in a little over 2 years, The Belonging Co.’s ethos is clearly appealing: “We desire encounter over entertainment, intimacy over industry, presence over presentation, people over position… And most of all JESUS over everything”.

Being located in Nashville, Tennessee, The Belonging Co. has a huge amount of professional musicians, singers, songwriters and engineers in the makeup of regular attendees.  Well known worship artists such as Henry Seeley, Kari Jobe, Danny Gokey, Sarah Reeves and Lauren Daigle are all part of the volunteer team.  Needless to say the music and audio quality is by default very impressive.

When it came time to upgrade the audio consoles and associated systems, The Belonging Co. turned to Forefront Productions for help.Our church here in Nashville TN started quite organically a little over 2 years ago. When we first started, we only had the budget for a smaller, cheaper console.  As we grew, we added a monitor console, and then later a console for our broadcast mix… but the entire system was based on a ‘budget’ framework that was limited to a maximum of 32 channels.  2 years in, we found ourselves in a place where we were maxing out our consoles and frustrated by the limitations of our current system.Having known Nick Burns from Forefront Productions for many years, I reached out to see if he could design us a system that would suit not just our current needs, but also give us room to expand in the future.  One of the things I’ve always loved about Nick is that he understands the challenges of church production, and the fact that most churches run primarily on a volunteer production team – something that can quickly turn awry without the right systems in place.

After several conversations, we both felt a Digico infrastructure was going to be the best option, so we settled on SD8 consoles for FOH and monitors, and an S21 for our dedicated livestream / broadcast mix.Having a volunteer audio team whose experience varies widely from touring crew to studio engineers to college students, we knew this would potentially be a stretch for some of our team. The install support and service we received from Forefront was second to none, and the time Nick spent training our team was absolutely invaluable. We also found the Digico was especially appealing to our team, given its ability to load Waves plugins directly on the console – something that helped a lot of our guys feel right at home.The thing that is most impressive to me about Nick and the Forefront team is they’re not interested in selling a product – they are all about providing a service, and seeing the process right through to completion. Their knowledge of the products they install is extremely thorough, so you know you are getting the right gear for your specific scenario.The fact that we were able to switch out our entire audio system – changing out 3 old consoles and stage racks for 3 completely new consoles and racks – all between our Sunday night and Tuesday night services is a testament to the exceptional service and support we received from Forefront. I would highly recommend them to anyone looking for a new system!