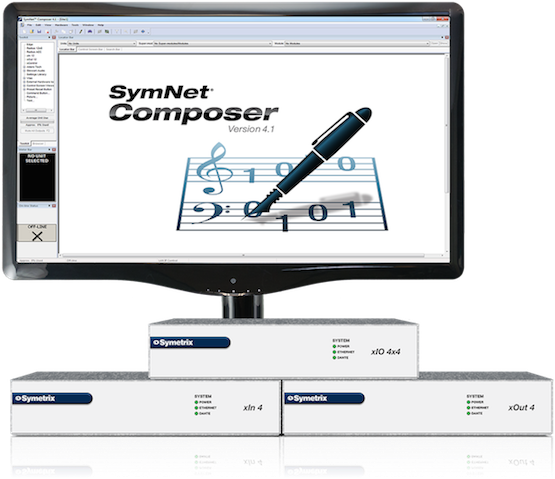 To ensure seamless configuration of the newly-released devices, Symetrix has also released an update to its SymNet Composer software. Version 4.1 expands on the previously-announced inte-gration of Shure, Audio-Technica, Attero Tech and Stewart Audio products to also include British microphone manufacturer Clockaudio, and its CDT100 mic-to-Dante interface product which has features including LED powering and microphone motor control.