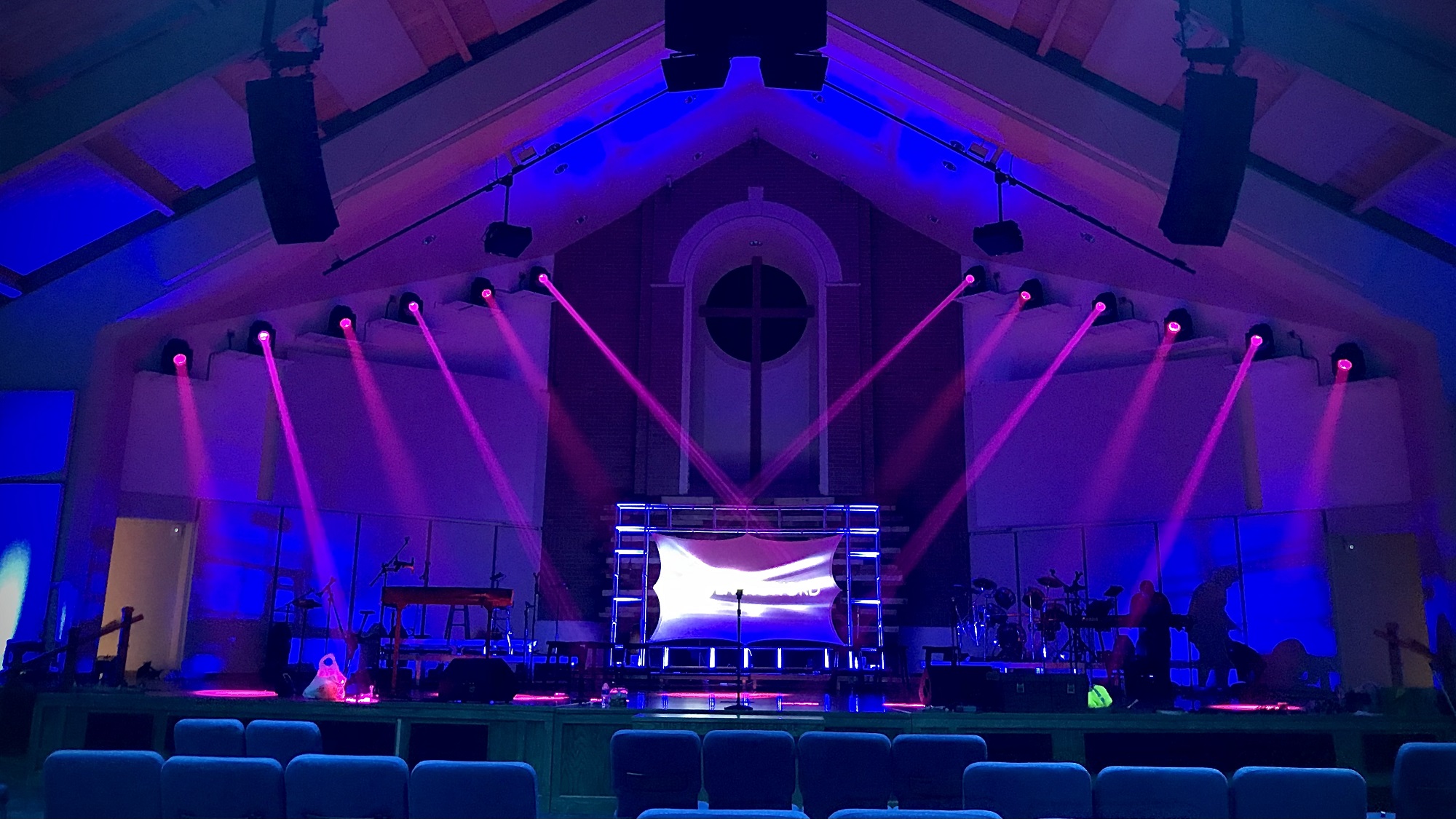 As time goes on, the market continues to develop new, more flexible and efficient means to light the stage with LED technology. Originally, LED lighting fixtures were not capable of producing a high-quality light output. We now have access to high quality LED’s that can produce light almost as good as an incandescent fixture while also adding some very beneficial side effects, like color changing capabilities, lower power draw requirements and low heat radiation. They are used in all levels of production, from Broadway to High Schools.

Because LED’s have become almost commonplace in the entertainment industry, we often take for granted the changes that they can require to our facility’s infrastructure. Most venues that still utilize incandescent lighting systems continue to do so because of the cost to change their existing systems to allow the use of the new fixtures. An LED fixture differs from its incandescent predecessor because it is more of an electronic device than a light. With that difference comes special requirements for proper use. LED’s require both data, in the form of a DMX signal, and power be supplied to each device. 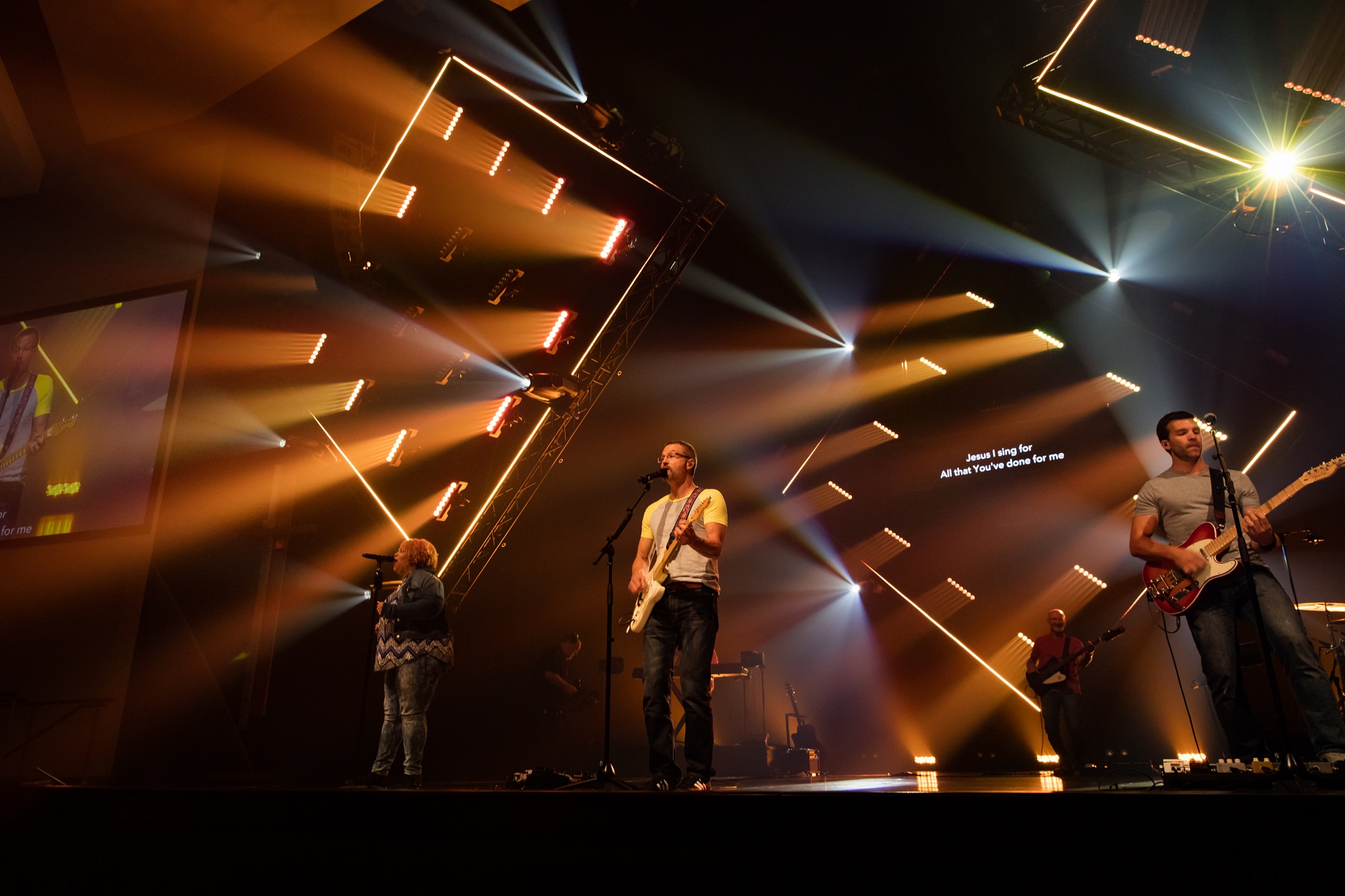 Some venues mistakenly connect the new LED fixtures to their existing dimming system. Unless an LED device has been specifically designed to be connected and controlled by a dimming system, it should never be connected to one. Providing an LED fixture power by use of a dimming system will cause the internal electronic components to fail early. Even when a dimmed circuit is turned on to ‘Full’, the power is still being manipulated by the dimmer in a fashion that is not acceptable for electronic components. LED and other intelligent devices, like moving lights, should only be powered by a constant power source. What’s more, entertainment lighting fixtures are not intended to be powered on 100% of the time. The devices need to be powered off when not being used.

A preferred method to accomplish this would be to install a relay power device. These can be integrated into an existing system by replacing the dimming rack if one exists. If the system is comprised of satellite dimming packs, those can be exchanged for stand-alone relay devices. Both installed relay racks and stand-alone relay devices can be controlled by DMX, allowing the lighting fixtures to be powered on and off remotely. In cases where budgets do not allow for the purchase of additional equipment like relays, a power switch, or switchable breaker could be installed into the existing circuit. That would allow for the system to be turned on and off manually as needed.

One other requirement in an LED lighting fixture’s addition to a system is the need to have a control signal fed to each device. This control signal is called DMX. This signal is generated by the lighting console and sent out to each device. In an incandescent system, the only device that needs to be told what to do is the dimming rack, so one simple run of cable between that and the lighting console was sufficient. Now, cable needs to be run to each individual fixture to allow for control.

DMX signal can be ‘daisy chained’ from one device to another, making the cable easier to run. Once DMX is run to a fixture location, it can be easily distributed. DMX is broken into universes. Each universe is broken into 512 channels. When dealing with dimming only systems, that’s quite a lot of lighting fixtures, but LED fixtures take multiple channels of DMX to control the multiple parameters that they have. With color mixing LED’s, each color requires its own channel of DMX. So, with a most basic RGB fixture, 3 DMX channels are required, one for each color. 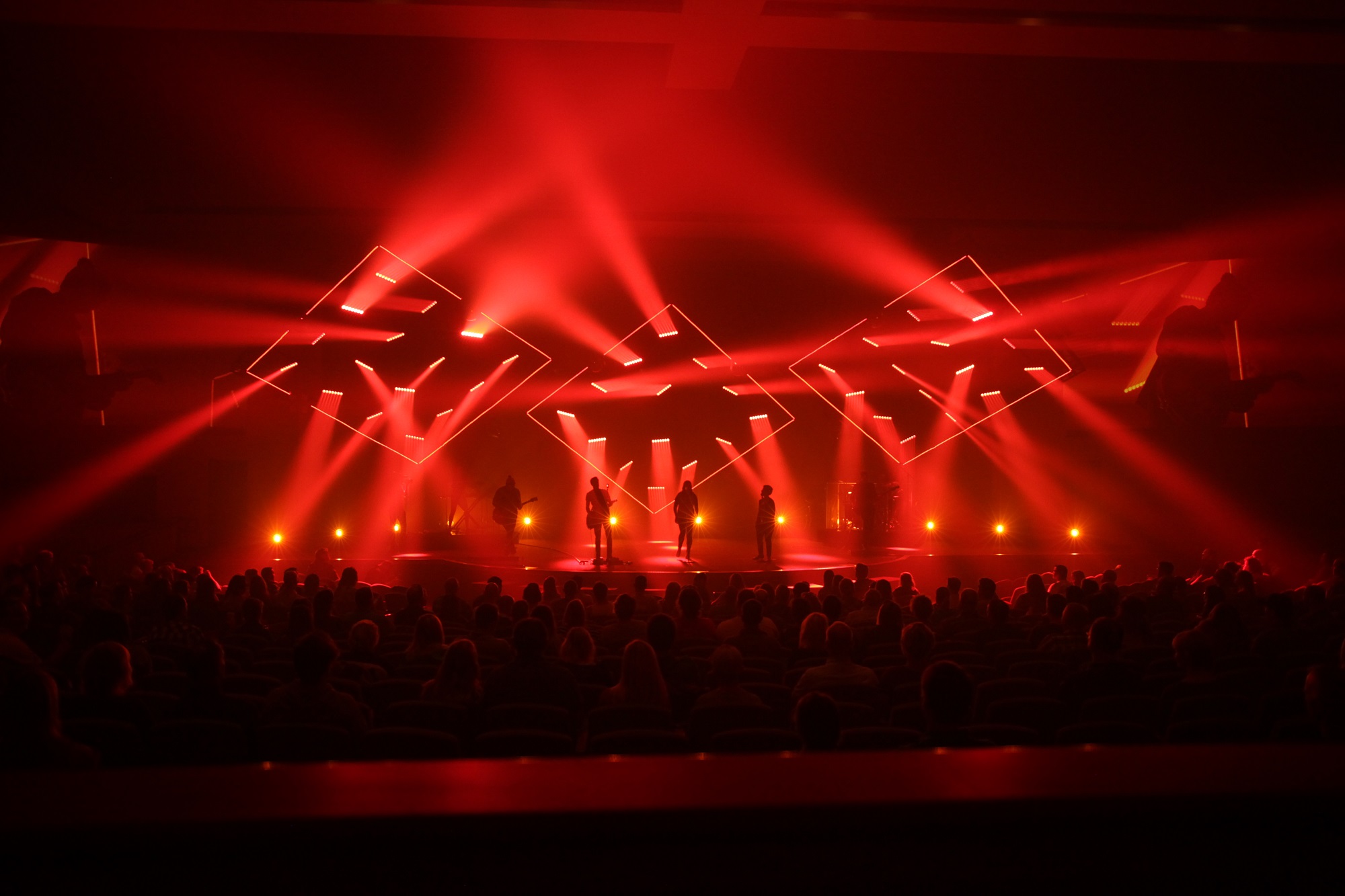 We need to keep in mind that DMX is a digital signal, and with that comes a few rules to take note of. The signal cannot simply be split or ‘y’d’ – a device called an Opto Splitter must be used. These take the incoming signal and regenerate it across multiple outputs, which also helps to boost the signal strength. Also, one run of DMX has a maximum limit to the number of fixtures or devices that can be connected to it, which is 32. Lastly, DMX utilizes a 5-pin XLR connector, some manufacturers have used a 3-pin connector instead to save money. Even though the connector is the same, microphone cable cannot be used in a lighting system. The cable used for audio is not designed to pass a digital signal.

To make implementation easier and provide flexibility, wireless DMX devices have been developed. These products are quite reliable at this point, and many productions utilize them very effectively. However, a wired/cable system is the most reliable and is the preferred method to distribute DMX. Running physical wires alleviates issues with RF interference, Wi-Fi distance limitations and other unpredictable issues. In cases where running cables is financially or logistically difficult, wireless options can certainly be successful.

Speaking of control, another component that should be reviewed is the lighting control console. Early lighting consoles were not designed with devices that would require more than one channel of DMX in mind. They can certainly control them, but the process to do so is very ineffective and time consuming. More advanced controllers have been developed, making the control of LED fixtures much easier, effective, and efficient. There are many options available for all sizes of systems. The controller that is right for your venue or system is reliant on multiple variables and preferences.

Adding new technology to a lighting system is certainly an exciting prospect, but there are plenty of tertiary systems that are also required when doing so. Preplanning for those changes and upgrades can save a lot of time and headaches. The proper implementation of a well-designed power control system, DMX network and light control console can ensure that your system, and its equipment, will work for years to come and will provide a flexible tool for your production.

Bob Mentele is a worship market manager at Elation Professional with a strong technical background guiding churches through the process of identifying, purchasing, and installing lighting and video systems.

As seen in our December 2021 Issue