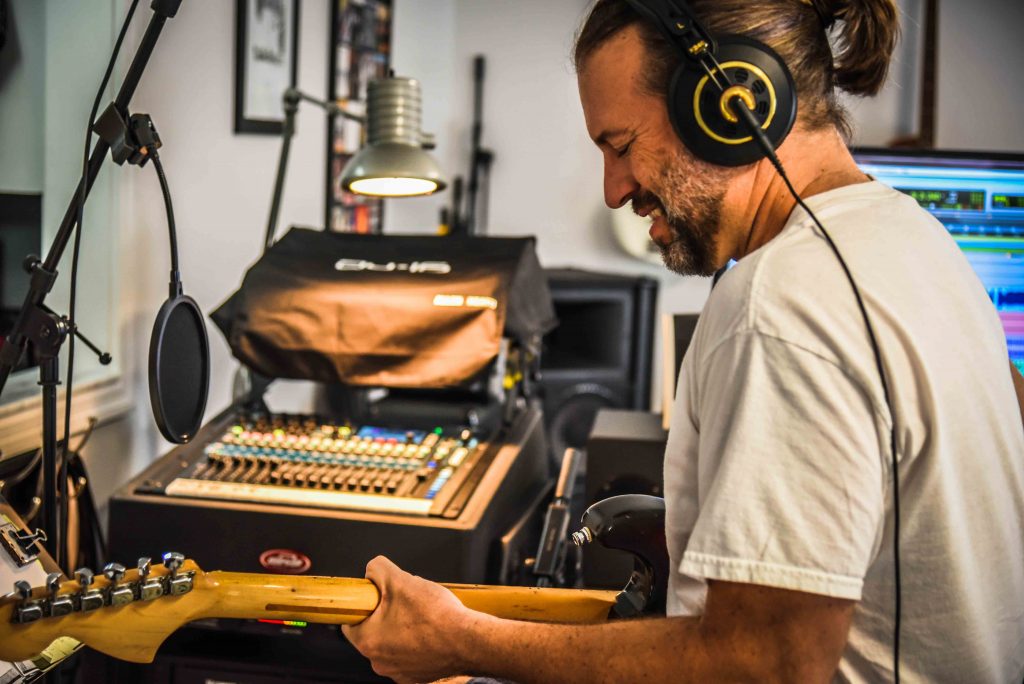 With a music career spanning more than 20 years, Florida-based musician and songwriter Jory Lyle plays as many as 300 live shows each year and records original music in a project studio equipped with an Allen & Heath Qu-16 mixer that doubles as a DAW control surface.

Lyle helped set up the studio recording rig for his friend Dennis Hayes, the studio owner. Hayes had chosen the Qu-16 and Lyle says, “I was really impressed with how user-friendly the Qu is. As I got more into it and had a chance to do some critical listening, it was ‘Oh My Gosh!’”

“The Qu-16’s sonic properties alone made me a fan,” said Lyle. “We had been using the built-in preamps on our Pro Tools rig, but the Qu-16’s mic pre’s sound much better and the compressors and effects are so good we haven’t needed to rely so much on outboard gear. They’ve really nailed that. Plus, the EQ is smooth and incredibly easy to use.”

The studio’s current work has its focus on Lyle’s songs featuring his voice and guitar. But Lyle says, “It’s a good-sized room and we’re expanding to set up a live rig with a drum kit so we can have full bands in a recording.” Lyle plans to include an Allen & Heath ME-1 Personal Mixer setup for the musicians in that system.

Lyle says he’s excited to add an Allen & Heath rack-mounted Qu-Pac for his live performances. “I’m running sound from the stage quite often,” he says. “And I play a lot of the same places. So, with the Qu-Pac, I could recall the settings from the last time I was in a venue. That way, I can concentrate on my performance and not worry about the sound.” He says the Qu-PAC’s sound quality and digital features also provide an easy option for creating high-quality live recordings.

In February, Lyle released an EP, “Still Drunk from Breakfast”, recorded with the Qu-16 and now available on iTunes, Amazon and Spotify. He commented, “The stuff we are recording with the Qu-16 is really spectacular and I’m impressed with the ability to capture the magic in the music. I plan at least one more EP this year recorded with the Qu-16. The user interface is easy, the sound is great and there’s so much capability that I haven’t even tapped into yet.”