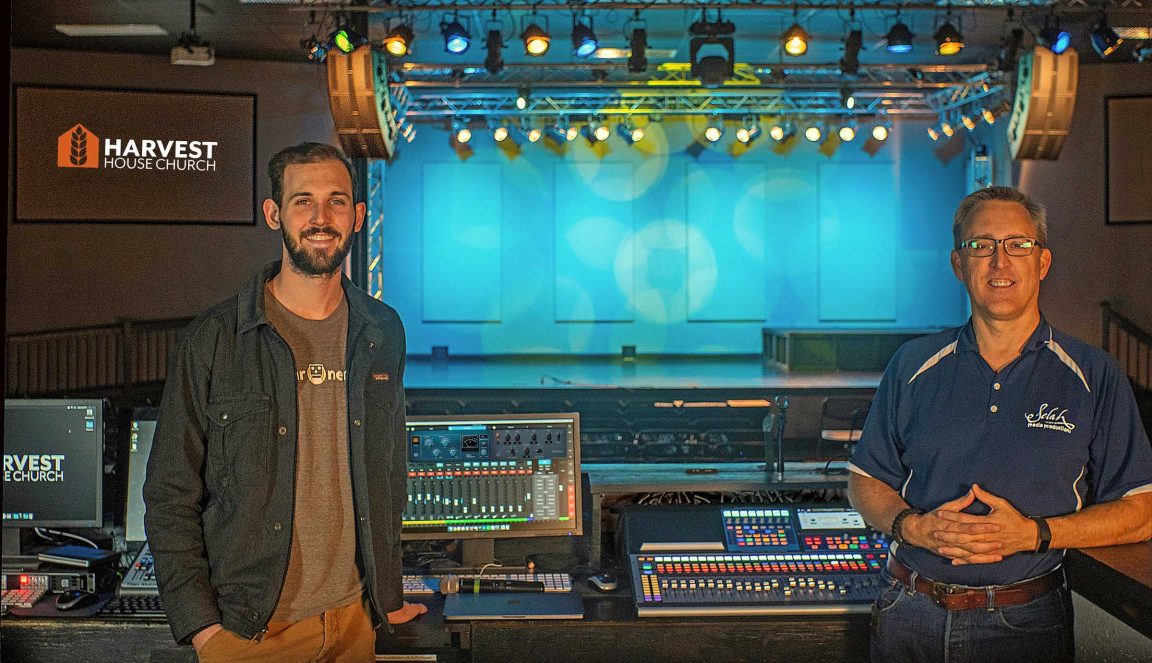 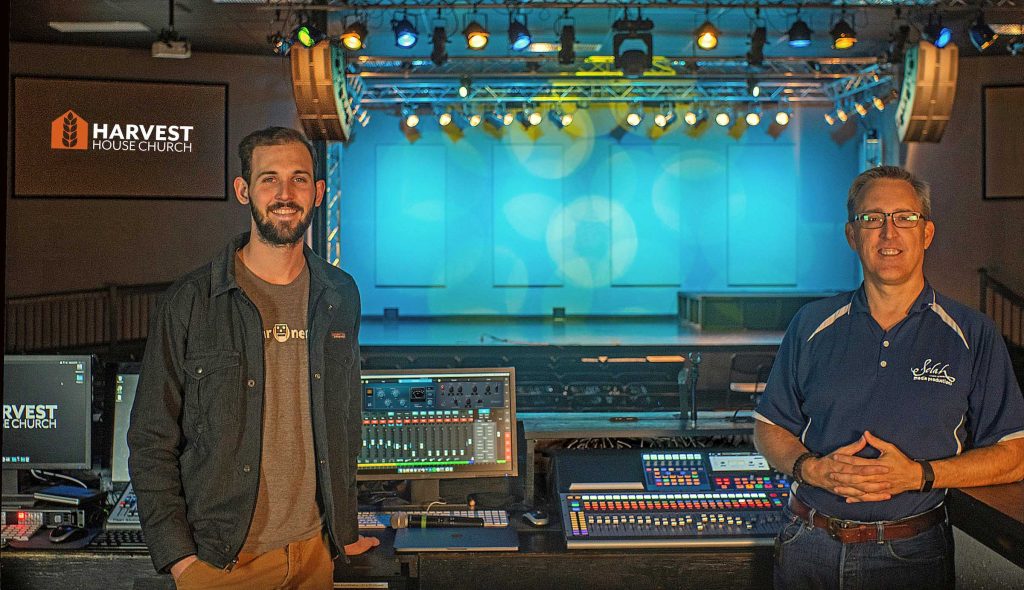 Boone, NC – Established in 1977, Harvest House Church is dedicated to experiencing God through the performing arts. In 2008, they transformed their facility into a performing arts venue that includes a recording studio, dance studio, art studio, and venue.  As part of the ongoing operation of the facility, church management decided to upgrade their sound reinforcement (SR) capabilities with a variety of products from PreSonus® Audio Electronics, including new CDL series loudspeakers and two StudioLive® Series III mixers—a StudioLive 32 console and a StudioLive 32R rackmount digital mixer—plus more.

Selah Media Productions Inc., an AV design / build firm that services the house of worship and commercial markets, was contracted to design and deploy the new sound system at Harvest House Church. Buck Roberts, Selah Media Productions’ President, is among the first AV integrators in the country to deploy the new PreSonus CDL loudspeakers as part of the overall project. He discussed his experience with the new loudspeakers and his reasons for selecting such a wide range of PreSonus products for this project.

“This project was an extensive AV retrofit,” Roberts explained. “We upgraded the space from older PreSonus equipment that included WorxAudio® Wave series loudspeakers and a PreSonus StudioLive 32.4.2AI mixing console. This upgrade represented a substantial improvement in sound and control capability since the space will now be used as a performing arts center in addition to its use for worship services. The upgraded SR system encompasses the new PreSonus CDL12 constant directivity loudspeakers, a StudioLive 32 40-input digital console, a StudioLive 32R rack mixer, an NSB 8.8 AVB-networked stage box, and an SW5E 5-port AVB switch with PoE (Power over Ethernet).”

The Harvest House Church auditorium measures 70 feet by 65 feet, with the stage facing into the length of the room. The space was acoustically treated by Selah Media Productions during the initial installation several years back. The removable seating accommodates roughly 400 people.

The new loudspeaker setup includes six PreSonus CDL12 constant directivity loudspeakers, with three enclosures each flown for the left and right sides of the stage area. The CDL12 combines the best attributes of point source and line array technology into a unique design, radiating a highly focused pattern with consistent SPL throughout the frequency response range, both on- and off-axis. These are accompanied by four PreSonus ULT18 Active Sound-Reinforcement Subwoofers—two per side, positioned on the floor. For stage monitoring, six PreSonus EarMix® 16M AVB-networked personal monitor mixers are deployed, along with two PreSonus AIR10 active loudspeakers to be used as required for floor monitors. An NSB 8.8 AVB-networked stage box provides additional I/O as needed.

When queried about the various traits that made the PreSonus equipment the ideal choice for this project, Roberts offered the following thoughts, “The CDL12s offer groundbreaking technology and the scalability of the system is exceptional. The wide horizontal dispersion of the boxes eliminated the need for side fills, and the 60 degrees of vertical throw easily reaches from the front to the back of the room—with no need for front fills. The CDL12’s eight 2-inch drivers aligned in a segmented circular-arc high-frequency array centered in front of a 12-inch woofer is phenomenal. You can keep increasing volume without the high end ever getting harsh.”

“The CDL loudspeakers, StudioLive 32 console, StudioLive 32R rackmount mixer, the NSB 8.8 stage box, and EarMix 16M monitor mixers are all on a dedicated Wi-Fi router for remote system control utilizing various PreSonus apps, such as WorxControl for the CDL’s,” Roberts added. “Because of this, we have the ability to configure the system for any type of event that may take place in the space. Equally noteworthy, the console is easy to use and configure—and it sounds great. With PreSonus’ AVB networking, it’s easy to patch channels and makes the system perfect for this venue.”

With the new Harvest House Church sound system fully operational, Roberts reports the system has been a huge success. “The feedback from the staff at Harvest House Church has been overwhelmingly positive,” he reports. “The pastor was amazed at what we are able to do with the system and the tech director says, ‘Audio is crystal clear, and every seat sounds the same!’ Musicians love the monitoring system and its ability to give each person the ability for stereo in-ear mixes. Similarly, the venue manager reports this new setup gives them the ability to boost the number of events that get booked. The bottom line is this: the CDL loudspeakers and PreSonus Series III ecosystem is our new ‘go-to’ product group for system integration. In terms of value and functionality, nothing else comes close!”