I first learned of the CrewCom® wireless intercom system from Pliant® Technologies at the NAB show this past April. I didn’t realize then that it’s the same company that also offers the Tempest® wireless intercom system. Since our house of worship, the Church of the Highlands in Birmingham, AL, has rented Tempest in the past, I was intrigued at the offerings of Pliant’s new system. During my visit to the company’s booth at NAB, Pliant Technologies offered me a loaner system to test out. Shortly after the NAB show, I was contacted by Art Gonzales, market development manager for Pliant Technologies, to move ahead with the company’s offer. 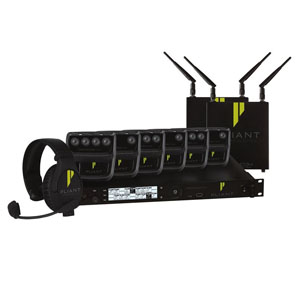 Since our church holds several conferences every year, we thought that a standalone CrewCom wireless intercom system tied into our house coms would be a great test for us. We typically use wireless for stage managers, but wanted to expand that use to our dolly cameras and stage cameras.

Art was a pleasure to work with; he helped us get the system configured and deployed for our event. Even before the delivery of the gear, he sent me the link to the company’s CrewWare™ software to set up the system. After a short phone call to go through the steps of virtually building the system, Art guided me through what gear he was bringing
and the process that was involved in setting it up. With a little instruction, I found the interface to be practical, make complete sense and very easy to use. I will expand on some of the functions as I describe our use during the conference.

Art arrived and began setting up the gear. It was the day before our event and even with limited time, Art did a great job of explaining the set-up process to me and went over possible trouble shooting if we had any issues. The 900MHz system, which consisted of one Control Unit (CU), two Radio Transceivers (RTs), and a mix of two and four channel beltpacks with headsets, was set up and ready to go within 30 minutes.

My first impression of the CU and RTs was positive. They were clean and simple, yet sturdy and well built. We mounted the two RTs on mic stands side stage behind our stage curtains. We had no problem reaching the entire 2,500 seat auditorium and even up to our production booth located at the back of the room behind glass. It was only after passing through the exit door of the venue, which are tilt-up cement walls, that the signal started to drop. This was expected and was resolved with a radio transceiver in our lobby area. That’s when I first realized just how impressed I was with the CrewWare.

You can build the system offline, but once everything is turned on you can actively monitor signal strength. We monitored the signal strength as a team member wore one of the beltpacks down our hall outside the main room. This is a great feature that could help our team diagnosis issues without having to go to a CU to check signal strength. We also tied the system into our house coms and used the nulling feature to remove any noise our analog system had induced. You can also set any of the beltpack groups, names, side tone, nulling and volume levels of each beltpack. There were many more features I did not have an opportunity to explore, but I believe that the CrewWare software is well thought out. The team and I had a great experience testing it out. 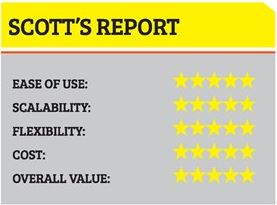 The beltpacks and headsets felt comfortable during use. I don’t like to pick up gear and feel that it is cheaply made. I didn’t feel that way at all with the CrewCom system. The beltpacks are fully programmable with many user buttons that can be customized. I did have a slight issue when trying to remove the battery out of the back, as there was no CU to charge the pack without removing the battery. However, after Art showed me a trick to remove the battery, I had no further issues charging the unit. The headsets were comfortable to wear, and the sound was amazing. All of our stage managers and production team who wore them had no complaints.

We used the system over a four-day period and it worked flawlessly. It was easy to set up and a pleasure to use. I would recommend the CrewCom wireless intercom system from Pliant to anyone needing a standalone wireless solution or wanting to expand their wired coms. At the end of the day, I want a system that is well built, not distracting while in use, and works when needed. CrewCom meets every one of these needs.

SCOTT WALDREP IS THE SERVICE PRODUCTION MANAGER AT CHURCH OF THE HIGHLANDS, BIRMINGHAM, ALABAMA.