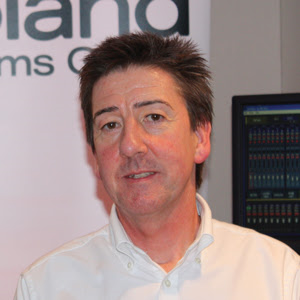 UK – PLASA, the Professional Lighting and Sound Association, is pleased to announce that Peter Heath has been appointed to the new role of Managing Director of PLASA, with effect from Monday 11 April 2016.

Peter brings with him a wealth of industry knowledge and hands-on sales and management experience. He joins PLASA from Roland Corporation, where he worked in various senior roles for nearly 20 years, making a substantial contribution to the sustained growth of its UK music division, where he became Sales Director in 2009. In 2006 he set up Roland UK’s Pro Audio division, which later became Roland Pro AV after merging with Edirol Video products. He developed his role and in 2012 became Pro AV Sales and Marketing Director in the UK. In 2014 he Joined Roland Europe Group as Head of Pro AV for Europe. Peter has also worked closely with the Music Industries Association (MIA) and, through Roland, has been a PLASA member since 2006.

Peter comments: “I am delighted to be appointed Managing Director and am looking forward to working closely with PLASA members, carrying on the great work that has been achieved recently, along with creating new and exciting opportunities to grow our Association.”

Ed Pagett, Chairman of PLASA, said of the appointment: “We are delighted to have Peter join PLASA in the role of MD. He brings with him a wealth of experience and fresh enthusiasm to help develop the Association, supported by the PLASA staff and elected Board. There is still much to be done, but I know Peter will hit the ground running and maintain the forward momentum that has been generated.”