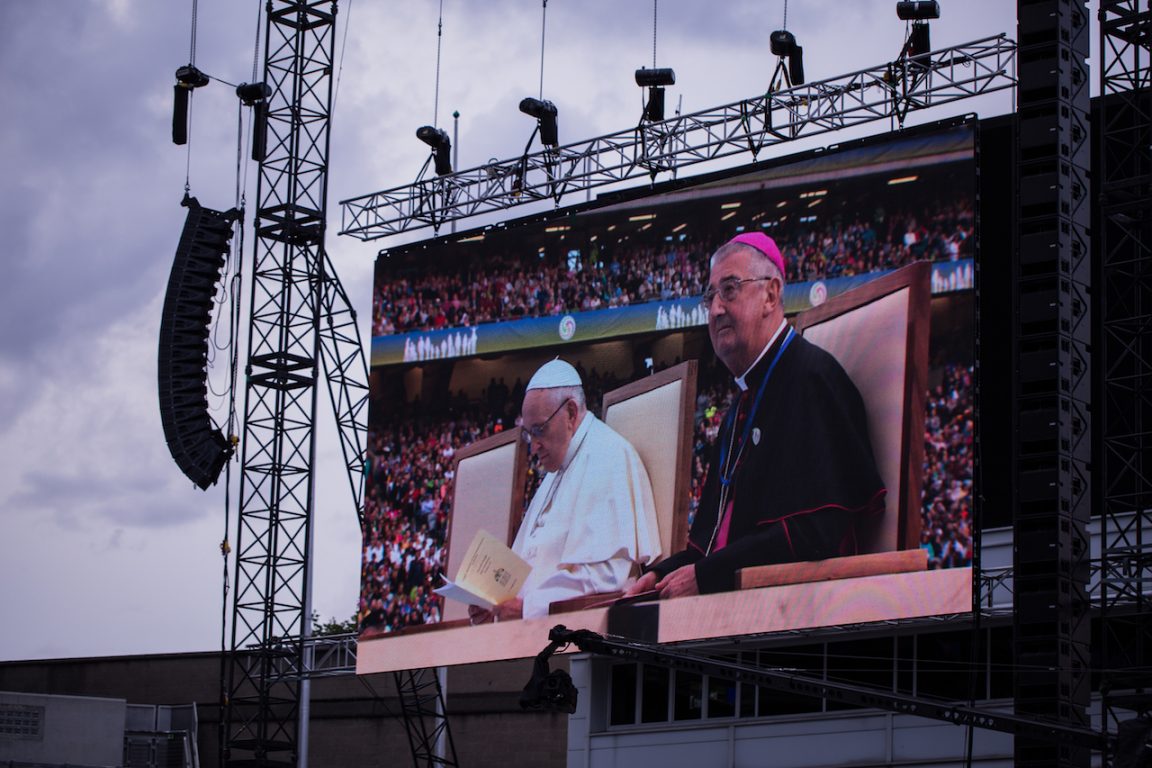 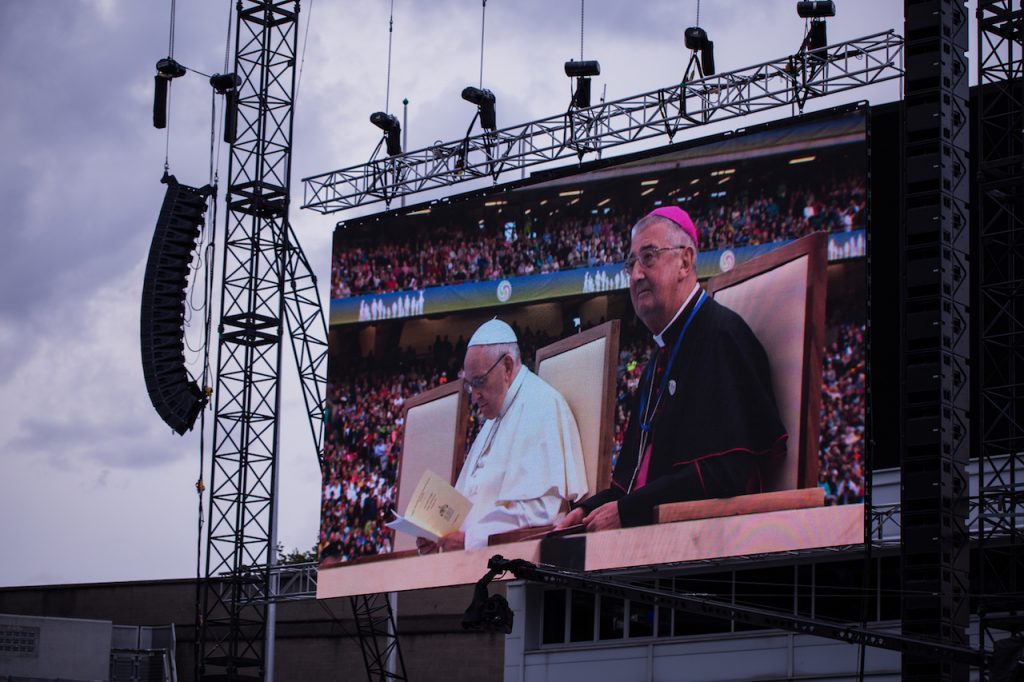 In the hands of Sound Design Ireland, the NEXO STM Series modular line array has scored a high-profile success for the Festival of Families event in Dublin, addressed by Pope Francis.

Attracting headlines all over the world, the Pope’s visit to Ireland comprised just three public appearances. The Festival of Families at Dublin’s iconic Croke Park Stadium was a sell-out, gathering an audience of more than 82,000 for a multi-cultural, multi-entertainment spectacular with a cast of 2,000 performers, featuring many of Ireland’s most famous live performers, including Daniel O’Donnell, Patrick Bergin, and the Riverdance company.

Sound Design, led by John Vickers, has a long history of using NEXO loudspeakers. The relationship between the two companies was consolidated in 2015-16, when Sound Design was appointed as distributor for Eire, and made its first investment in the STM Series. With expert knowledge and confidence in the modular line array design, Vickers was able to bid successfully for the audio production of the prestigious Festival of Families, scaling up his own STM inventory with sub-hires from the pan-European network of users.

“We’d watched many other companies doing Croke Park,” says Vickers, “and we knew that STM Series was the ideal system for the venue. We were confident that we would be able to nail it and that it would sound outstanding.  Logistically, it was simple to bring in additional cabinets from our friends at VDB PA in Belgium, and Sound of Music in the UK.”

For the main event, Sound Design specified the front-of-house PA with L/R arrays of 18 sets of STM M46+B112 with 3x M28 downfill modules. These were flanked by separate sub arrays of 15x S118 per side, supplemented by 14x ground-stacked S118s per side, running in cardioid mode. With a wide stage positioned at one end of one of the widest stadiums in Europe, the necessary side arrays used 18x STM M28s on each wing.

“We were impressed with the lack of coloration from the rear of the system,” said Vickers. “The noise levels outside the stadium were substantially lower than with other systems, which meant we could run it during the day without upsetting the heavily residential neighborhood. We used 28 supplementary S118 subs on the ground, and by running these in cardioid mode, we could drastically reduce the sub-bass on stage.”

On the floor of the stadium, four delay towers each carried 12x STM M28, powered by a NEXO Universal Amp Rack. All elements of the PA were under NeMo remote control.

The Festival of Families was the first show to benefit fully from Croke Park’s new ability to tie event PA into the stadium’s fixed PA to provide coverage for all the uppermost tiers of the stadium. More than 150 NEXO GEO S12-ST line array cabinets are spread throughout the stadium’s overhang roof, permanently installed this summer by Mongey Communications as part of a major upgrade to the stadium’s technical facilities. In fact, the installation deadline was brought forward by stadium owners, the Gaelic Athletics Association, specifically to handle the Papal visit.

With an orchestra, choirs, playback, and numerous microphones to accommodate, the Festival of Families was a complex show. Music was sub-mixed by Paul Keegan before being routed to a Yamaha RIVAGE PM7 digital console for the final mix in the hands of John Vickers. The signal routing backbone for the entire show was run from the PM7. Every input and output coming to and from FOH was routed through a Yamaha TWINLANe network, working seamlessly with Dante, using RPio622 and Rio3224-D I/O racks providing up to 400 channels between stage and FOH, with incredibly low latency at a native 96khz, 32-bit sampling rate.

Key to the success of the day was the 3-man engineering support team from NEXO to contribute their expertise to that of the Sound Design crew. Val Gilbert, Nicholas Poitrenaud and Robin Shamsnejad proved their value as the set-up window for the event production went down from three days to just over a day.

Delivered by Tyrone Productions, the Festival event was broadcast through Ireland live on RTE, and distributed to a worldwide audience of several million people.