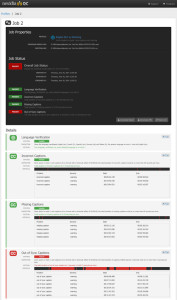 Nexidia QC v2.3
At IBC2014, Nexidia will demonstrate Nexidia QC v2.3, an automated, file-based QC application that can automatically test critical components of media with proprietary technology — tests that, until now, could only be performed manually. Nexidia QC contains unique tests to verify that closed captions are not only present, but also correct in terms of content, completeness, and timing, which no other media QC application can do. Additionally, Nexidia QC can report on the presence of video descriptions and can identify the audio languages that are present with the media. Nexidia QC automates manual processes to reduce operating expenses, automatically identifies and corrects caption timing errors to avoid regulatory fines, and enables a higher-quality experience for viewers across all platforms. 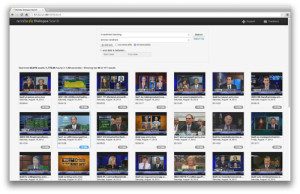 “As the speed of production gets faster, automated tools like Dialogue Search and QC are helping broadcasters and creatives work better and more efficiently. We are looking forward to showcasing our products, new integrations, and partnerships at this year’s IBC show.”
— Drew Lanham, Senior Vice President and General Manager, Nexidia Media and Entertainment Division