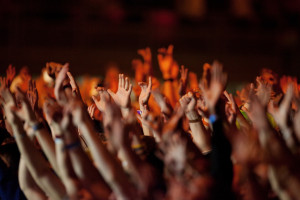 New research this Easter shows that worldwide six out of ten (63%) citizens say they are religious, while one in five (22%) say they are not and one in ten (11%) consider themselves convinced atheists. In Africa and the Middle East more than 8 out of 10 people (86% and 82% respectively) portray themselves as religious while 7 out of 10 say so in Eastern Europe and America  (71% and 66% respectively) and 6 out of 10 (62%) in Asia, say they are.

WIN/Gallup International, the world’s leading association in market research and polling, has today published its latest data exploring the religious beliefs of 63,898 people from 65 countries across the globe.

Western Europe and Oceania are where opinions are most polarized between those who think of themselves as religious or not with around 4 out of 10 respondents (43% who say they are religious and 37% who say they are not in W. Europe and 44% versus 37% respectively in Oceania)  choosing one of these two options. It is also, in these two regions and in Asia where the largest number of atheists are found – slightly over 1 out of 10 in each region (Western Europe: 14%; Asia 14%; Oceania 12%).

The research discovered that the most religious regions are Africa and MENA (Middle East and North Africa) where 86% and 82% respectively of the people consider themselves to be religious.  Meanwhile the most religious of the countries surveyed is Thailand with 94% saying that they are religious and just 2% describing themselves as either not religious or convinced atheists.  Thailand is followed by Armenia (93%), Bangladesh (93%), Georgia (93%), Morocco (93%), Fiji (92%) and South Africa (91%). Just 30% of the citizens of the UK however consider themselves as religious and 70% of Russians and 56% of Americans describe themselves in the same way.

The relationship between gender, age, income, education and people´s religiosity reveals interesting trends. Younger people (those under 34) tend to be more religious (about 66% as against about 60% for the other age groups). Those without what is considered an education[i] are the most religious (80%) but religious people are a majority in all educational levels.

Income appears to exert a greater influence – among those with a medium high and high income, where less than 50% say they are religious, against 70% of those with low, medium low and medium income. Likewise, the number of convinced atheists is as high as 22% and 25% among people with medium high and high income but only 6% and 5% among people with low and medium low income.