Central Christian Church is a 5-campus multi-site church based in Mesa, AZ. Our original building was constructed in the late 1970s, and built with a balcony that was never completed. It seats 1900 people, and about half of those seats are underneath the balcony, which has always presented a challenge to the audio within the space provided. 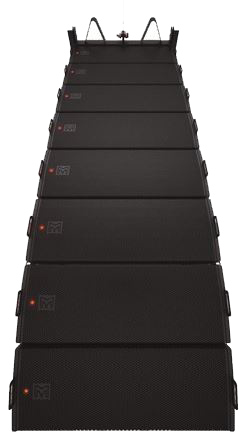 Any working space needs to do tech upgrades every ten years, and our audio system needed to be replaced. One of the main challenges that really pushed us to a higher-end system is that because we’re multisite, we needed a PA that would allow us to do the double duty of being intelligible in a live environment while still having the intelligibility to be heard for the recorded audio (we tape Saturday night’s service for the other campus’ Sunday morning worship). Our pastor wears an omnidirectional lavaliere for the broadcast video capture of his sermon for the other campuses, which can present a real problem in a live environment. On top of that, he is o­ften in the audience but still has to be heard by everyone in the room. We needed a system that would give us the control we needed to handle that issue.

I’m a long-time user of Martin Audio, having worked with them through other integrator for about 15 years. I’m a big fan of their product because the voicing of their speakers is very consistent. I appreciate their design acumen – they’ve always been about proper horn-loading design, so everything sounds great without a lot of processing.

The old trap system at our church was spotty at best – the coverage wasn’t consistent at all. We decided to stick with a self-powered system because we already had all the wiring in place and didn’t want to make too many changes. Knowing that, I decided to recommend the Martin Audio MLA’s as the best solution for our needs. Luckily, the church agreed with me, and we worked with Clearwing Productions to help us make a seamless transition between systems. We started pulling down the old system Sunday a­fternoon at 1:00pm, and had the new system up and working for the following weekend on a temporary power grid.

We kept the under balcony system and side subwoofers from an older install, but recently replaced the five-hangs from the old trap system with a four-hang of six MLA Compact enclosures each. We also have four Martin BY MILK ARNOLD MARTIN AUDIO MLA REVIEW Audio DD6s as lip fills that give us amazing coverage for the front rows. 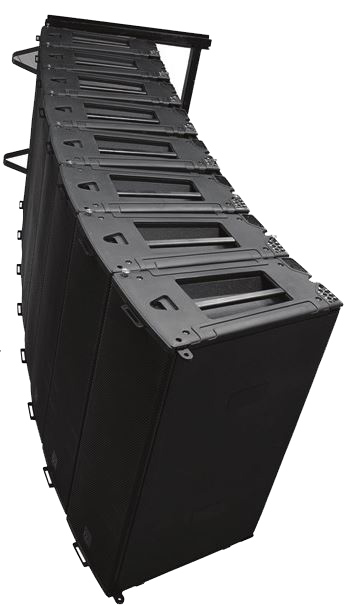 The transparency of the system is amazing and unlike anything I’ve ever mixed on in my life! We didn’t change any of the structure other than the speaker system itself, but even the movement of the faders can now be heard. I’ve mixed pretty much on every sound system there is at this point because of my touring and corporate background, and I’ve never had anything respond like the MLA system. The way we dealt with audio for the room changed immediately – we were able to bring down our regular targeted decibel levels from 100 – 100 decibels to 95 decibels because of the quality, calibre and tonality of the system.

­The response to the new speakers has been incredible – everyone has been really impressed, and no one complains that they can’t hear the pastor anymore. We have Worship Night events where we run full-on concerts, and we were able to move those nights back to the church from a different location. Our worship band sounds better than ever, and we can now get all the instruments in the mix. We now mix to the weaknesses of our skill-level versus the weakness of our old system. Because the PA-wash onto the stage changed so dramatically, the band questioned whether it was even on – they needed to retrain themselves about what they expected to hear. Th­ey had to readjust their personal mixes all the way across the board, and their Aviom mixes are a lot tighter now that they can control what they hear better. 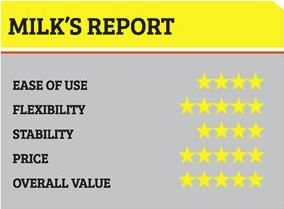 Church production is so different to any other type of production – there’s such an age span that comes into play – and people’s expectations for audio has become more sophisticated than ever before – so the audio has to be intelligible everywhere and nothing else matters. It’s sometimes hard to wrap your brain around the fact that sound should be phase-coherent when it reaches the ears of the listener, not phase-coherent when it leaves the speaker box – and that’s the next level thinking that Martin Audio brings to the MLA System. Th­e level of control is superior to anything else on the market, in my estimation. For our environment, it was well worth choosing the Ferrari sound system over the Chevy sound system. Generally, the stewardship of funds plays a big role in our decision making process at the church, but for this particular application, spending more dollars was the right thing to do.

MY NAME IS MILK, AND I’M THE LEAD AUDIO DUDE AT CENTRAL CHRISTIAN CHURCH IN MESA AZ. WE ARE A FIVE CAMPUS MULTI-SITE CHURCH, AND IF ITS AN AUDIO THING. IT’S MY PROBLEM. I COME FROM A 20 YEAR BACKGROUND IN LIVE TOURING ENTERTAINMENT AND CORPORATE EVENT WORK.