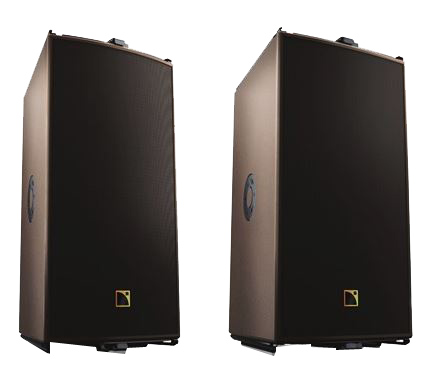 Mount Pleasant Church and Ministries (MPCM) is a 3200 seat facility in Baltimore built from an old, dilapidated mall, with audio needs throughout the building. The ministry is under the direction of Bishop Clifford M Johnson Jr., the Senior Pastor, who has been pastoring this church for 47 years. He has a tremendous way of opening up the word of God for his congregants. Bishop appreciates technology, and appreciates God’s people being involved using their God-given talents and mobilizing them for God’s glorification.

In my capacity as owner of SYXA Services, Inc., I was hired as a consultant with MPCM in 2001. I was brought in to shore up the church’s audio and remove a lot of the tech issues that were going on during services, as well as instruct the volunteers. ­ere was an audio, a video and a production ministry…each operating separately. They were set up to operate as a major ministry with major divisions, but no one really understood it or really had any type of training. Starting in 2004, I was asked to take on the ministry full-time, where we consolidated all three ministries under one umbrella with me at the helm.

Our sound system at the time was great with the spoken word; it had been designed to be acoustically correct, but because our worship band wasn’t acoustic, the sound wasn’t as crisp as it needed to be. We needed to have more bass, for one thing!

In moving to an L-Acoustics system, we knew that we would have a solution that would work for concerts as well for the spoken word. I was familiar with the company (V-DOSC line array) via my secular life as a touring musician/engineer for several prominent musical groups, including Keith Sweat, SWV, Guy, Jodeci, Patti LaBelle, and Ledisi. We were able to rent an L-Acoustics system, and for the first time we actually heard sound in our sanctuary that actually had direction, and wasn’t bouncing all over the sanctuary. We knew that an L-Acoustics system was what we needed, and it became the rig of choice for renting. MPCM has been the choice for many promoters as a viable gospel concert venue.

I (SYXA) was finally asked to recommend and supervise an upgrade to completely replace our older system after many years of use (one of the speakers in the cluster caught fire). I knew the L-Acoustics ARCS Wide and Focus (WiFo) systems would be the best choice for us. MPCM is an extremely reflective environment where maintaining coherent sound is difficult at the volumes the services run at, but the highly precise directivity of ARCS WiFo has allowed us to nicely remedy that and achieve beautiful sound.

Our sanctuary is circular in design. ‑e area of coverage resembles the design pattern of a condenser microphone, and we needed to cover the entire church. Using L-Acoustics Soundvision 3D acoustical modeling soware as our guide, we’ve hung the speakers in two (le and right) vertical con­figurations, with each hang having two SB18 subs on top, followed by two ARCS Focus boxes for long throw (to reach the balcony and also under the balcony), and ­finally two Wide boxes for the main floor of the sanctuary. The entire ARCS WiFo system is powered by a pair of LA8 ampli­fied controllers. The LA8s have DSP built-in to the ampli­fiers, which is a huge benefi­t to the system. There are just no seams or breaks in the coverage between boxes in the array, either vertically or horizontally, which means we can very effectively cover the same space with fewer boxes than some other systems.

We mix our audio through an Allen & Heath dLive S7000 digital console, running 96 inputs. The mixing console sounds amazing through the L-Acoustics system. I utilize dLives whenever possible as it tends to make other speaker systems sound good – but when feeding through a premium sound system like L-Acoustics, the mix is even more impressive.

The sonic reproduction of the ARCS WiFo is completely transparent. There are no harsh highs or rumbling, muddy lows… just crisp, even sound throughout. The difference between our new system and our older system is amazing. Our church is an urban church with a strong ­ne arts ministry, and we need to be able to feel that musical punch but also hear the words. As a systems integrator, I appreciate that this particular speaker system can also be utilized in a horizontal con­figuration if needed. It can be multiple arrayed in either con­figuration for a variety of building types and ceiling heights.

I’m a ­firm believer in the idea that a sound system can’t make what’s happening on the stage sound any better than it does at the source. What L-Acoustics ARCS WiFo does is allow for a sonic transparency that means we can really get the sound of the band and singers out to every person in every seat of the sanctuary without compromise. 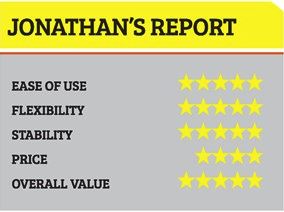 JONATHAN LESANE, JR., AKA JOSANE D’SHADEAUMAN, OWNER OF SYXA SERVICES, INC., IS AN INDUSTRY PROFESSIONAL THAT HAS TOURED AS A MUSICIAN AND ENGINEER FOR MANY OF THE TOP GRAMMY AND STELLAR AWARD-WINNING SECULAR AND GOSPEL ARTISTS. HE HAS CREDITS AS A SONGWRITER, PRODUCER, RECORDING AND MIX ENGINEER, TOO. HE WAS AN AUDIO WORKS INSTRUCTOR FOR 10 YEARS AT THE SHE ELD INSTITUTE FOR THE RECORDING ARTS (SIRA). HE IS A NARAS (THE GRAMMYS) VOTING MEMBER AND A MEMBER OF THE AUDIO ENGINEERING SOCIETY (AES). JONATHAN PRESENTLY SERVES AS THE HEAD AUDIO ENGINEER (A-1) FOR THE C. J. MURPHY FINE ARTS CENTER, AT MORGAN STATE UNIVERSITY IN BALTIMORE MD.