Ka You Satellite – The Best Choice for North Coast Church 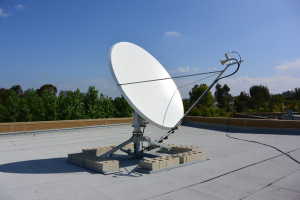 North Coast Church was started in a warehouse facility in 1998, and has since exploded across the country in ways we could never imagine.   So when we decided we needed a LIVE Video feed to one of our permanent campuses 30 minutes away – we had quite a few churches that had already gone down this path that we could learn from.

Until 2014, North Coast, considered the grandfather of video venues, had never sent a live video feed to another campus. Our model was to capture our teaching on video from our Saturday night service and play it back at our onsite and offsite venues and campuses on Sundays.  We also broadcast live to our other onsite venues on Saturday night via closed network, creating 31 worship services on the weekend.  When we launched our third permanent offsite campus in December 2013 we quickly outgrew the facility and parking, and needed to figure out the next step to allow more growth at that campus.  We were also battling the same issues at another permanent site, and finally made the decision to start a Saturday night service at both those campuses.  We looked at several options, including starting the other campus service times later so we could drive the teaching over, but felt like the best option was to send the teaching live.

Choosing what tool to use was not easy, but based on a few factors satellite became the best choice.  Those factors included:

How many locations were we going to start with in sending a live feed day one?

In my opinion, one is different than two or more in initial investment.  There is more complexity and potential issues when you have to setup for two or more to start, rather than being able to focus on just one other site.

What kind of bandwidth is available at each location (including the broadcast campus)?

Again very important if you’re having to start with two or more locations you would like to stream to.

How quickly do you want to implement the Live Feed?

Is this a plan for the next year, next month or next week?  This can also greatly limit your choices of tools to use.

Who will be running the live feed system? Volunteers? Dedicated Staff? Outsourced?

Those questions all led us to decide that satellite was the way to go.  We started with two sites immediately, due to the fact that at one of the locations and bandwidth was simply not available. There was only a DSL line, and the internet providers were not planning on adding anything in the next year. Because we needed the live feed up and working in seven weeks, waiting for the proper bandwidth was not an option.

Fortunately we had done our homework on several possible solutions. Several ISP based devices looked promising but really needed a business class fiber connection to get the reliability and quality we needed. Or the solutions based on less bandwidth did not look consistent enough to use every weekend for 52 weeks a year.

One of the biggest upsides with satellite technology is that once it’s setup, it’s a plug and play device. Ka You Communications Mark Johnson, Daryl Doss and team did an incredible job, especially in a very short window. We were in constant communication and Ka You kept a close eye on manufacture deliveries to ensure we could hit our target date. When they realized we would not be able to receive one of our crucial components, they arranged for a loaner part until the new unit arrived. I can’t say enough about Ka You’s professionalism, service and communication.

Understand that with satellite certain logistics can make it a better option than others. North Coast is in a great geographical location to use it. Being in San Diego, California, weather is not a great factor like other parts of the country (yes I’m rubbing it in slightly). For example, we did not have to install a dish heating unit because there is no real fear of snow. Even overcast or cloudy days are at a minimum in our area.

Another benefit of satellite (again if you’re looking at a minimum of two or more locations) is the monthly cost. Since we only broadcast for two hours a weekend at an average of four weekends a month – it is actually cheaper than paying for bandwidth to three campuses (one send campus and two receive campuses) on a monthly basis.  When we add more campuses, the monthly cost won’t change since you only pay for the one uplink per month – not the down links. 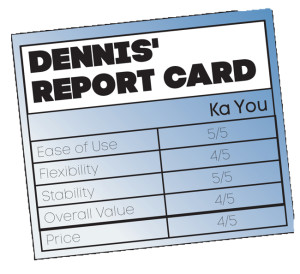 So far, reliability and ease of operation (once everything is installed) has been solid.  Ka You works mainly with worship facilities, so they are actually available all weekend – which is a great change, since so many manufacturers and companies are only available during business hours.

Going with Ka You Communications has been an overall solid experience with great execution from the Ka You team.  Satellite as our live feed solution has more than exceeded my expectations for easy of use and reliability.

After joining the staff at North Coast Church in 1995, Dennis created the church’s Weekend Production Ministry which serves over 30 different worship options over 4 campuses and heads up the Communications Department, which includes the Graphics, Web, Media and IT Teams.