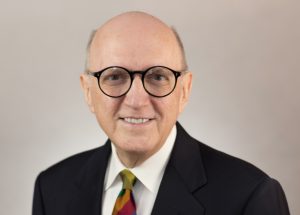 John Stiernberg, 66, President and Founder of Stiernberg Consulting, passed away November 11, 2017, after a months-long battle with cancer.

A Chicago area native, John was deeply committed to his college sweetheart and wife of 45 years, the former Jeanne Broughton. Together they founded Stiernberg Consulting in 1993, a seminal business development consultancy within the music, audio-video, and entertainment technology industry. Despite his influential role as a guiding force behind many of the industry’s success stories, John maintained an intentionally understated, behind the scenes profile to keep the spotlight on his clients.

An accomplished bluegrass and gospel musician, John was an ardent music lover and aficionado, with an encyclopedic knowledge that spanned multiple genres and eras. He embraced technology with equal fervor, cultivating a keen insight and understanding of consumer and professional technologies. But it was John’s business acumen that informed his work, guiding the CEOs and business trajectories of the industry’s dominant players and rising stars.

A fervent supporter of music and technology education, John was active in numerous trade organizations including NAMM, InfoComm, NSCA, and CEDIA. A dynamic keynote speaker, he was a frequent contributor to industry publications, creating hundreds of white papers and reports, and authoring the acclaimed music industry guidebook, Succeeding in Music: Business Chops for Performers and Songwriters.

In lieu of flowers, the family has suggested a donation to one of many charitable causes John was committed to, including the NAMM Foundation, as well as Bay City United Methodist Church, Bay City, OR.