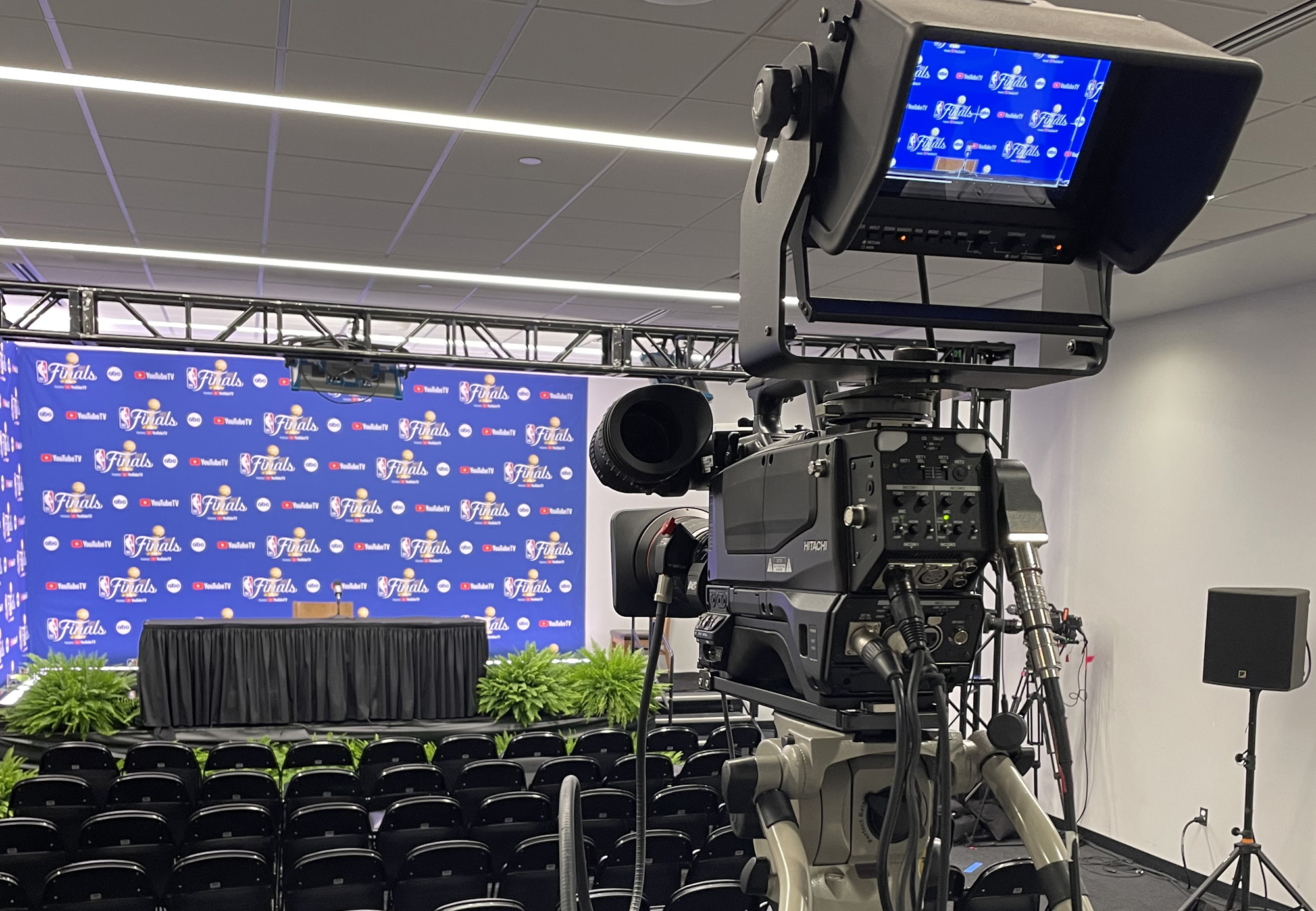 Based in Flushing, New York, Interface Communications was founded in 1999 to provide a higher level of mobile television production to broadcast and corporate organizations worldwide. When the company needed to upgrade from 1080i cameras to 1080p with 3G-SDI connectivity, it chose SK-HD1800 studio and field production cameras from Hitachi Kokusai Electric America, Ltd. (Hitachi Kokusai) to deliver the production flexibility and quality they sought.

Interface Communications provides production services and engineering solutions for everything from sports and entertainment events to parades, fashion shows, and church services, with clients including the NBA, ESPN, CNBC, and Fortune 100 corporations. The company set out earlier this year to upgrade the cameras on its 33-foot production hybrid truck Hermes to better support the work they do with the NBA, which includes coverage of pre- and post-game press conferences, events such as the governor’s meetings, and additional supplementary feeds.

“Our existing cameras were 1080i and used HD-SDI connectivity, but the NBA production compound uses 1080p over 3G-SDI,” said Dimitrios Lagos, Operations Manager at Interface Communications. “Adding 1080p cameras would not only avoid the need for conversions in the NBA compound, but also give us greater format flexibility for projects with other clients.”

Interface Communications’ positive experience with earlier Hitachi camera models – including the SK-HD1000 and SK-HD1200 – led them to look at Hitachi Kokusai’s newest HDTV camera model, the SK-HD1800. “We compared the Hitachi cameras to other manufacturers’ offerings, and found the SK-HD1800s to deliver visual quality that is just as good as the alternatives but at a more competitive price point,” said Lagos. “The picture quality is amazing, and the price tag doesn’t break the back of a small company like ours. At the end of the day, very few people can tell the difference between the SK-HD1800s and much more expensive competitors.”

Interface Communications initially purchased four SK-HD1800s, and have now expanded to seven units. The company used them for the first time during the NBA All-Star Game in February, and subsequently used them during the NBA Finals as well as more than 20 other productions. In July, Interface Communications also used the cameras to cover the official opening of the Saint Nicholas Greek Orthodox Church at the World Trade Center.

The benefits that the company is getting from the Hitachi cameras go beyond great image quality. “Their global shutter image sensors are ideal for shooting against LED backdrops,” explained Lagos. “Some of our corporate clients do announcements with LED video walls in the background, and shooting against those with other cameras could drive us crazy trying to get a stable, flicker-free image. It’s a lot easier with the SK-HD1800s. They’re also very forgiving in low light, which is particularly useful for events such as church services.”

Lagos also lauds the cameras’ versatility and dependability. “The SK-HD1800s give us the flexibility to match whatever signal format is needed for any particular project, and we can be up and running fast, which is crucial when we’re setting up on-site under a tight timeframe,” he said. “And from a reliability standpoint, we’ve had no issues at all with the SK-HD1800s since we purchased them, despite them taking a beating with some of the crews that we use.”

Interface Communications’ satisfaction with Hitachi Kokusai isn’t just about the cameras themselves, but also the people behind the products. “Their after-sale support has been amazing,” he said. “If we have an on-site problem or question, we need answers fast. With many vendors, it can be hard to get someone on the phone. With Hitachi Kokusai, they’re always there for us. I can’t stress enough how great that is.”

Overall, Lagos believes the Hitachi cameras deliver an unmatched combination of capabilities and value. “In my opinion, for the price point, you simply can’t beat the SK-HD1800s,” he said. “As a small company, we have to get the most value for our money, but even if we had a much bigger budget, we would stick with the Hitachi cameras. They do what they’re supposed to do, and do it well. They’re flexible enough to handle practically any project we take on, and they put out a great picture, which is what I care about most.”