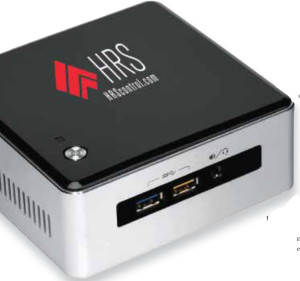 Fielder Church was started in 1957 in Arlington, TX. Fielder Church has three different worship venues in Arlington and Grand Prairie. Each venue has a worship style and language of its own, whether it is English/Spanish, or Contemporary/Traditional; Fielder takes great joy in being the church of many ethnicities and generations. The launch of a fully Spanish service in 2012, demonstrated our church’s belief that “life change is demonstrated through unity in the midst of diversity.” We are people that inhale and exhale the gospel, and make disciples who do the same. Most businesses, as well as churches, have some sort of conference or huddle room, which probably has some type of AV reinforcement. Unfortunately, our existing AV system in our conference room was plagued with problems. The existing projector was not bright enough, the colors lacked vibrancy, there was not a projection screen, and we never had control of audio levels. Because of these issues, the AV system in our conference room saw very little use. Our administration decided that we would upgrade the AV system because we believe it as great tool for a conference or huddle room. Before looking at equipment to purchase, it is helpful to know the goals of what the system needs to accomplish.

First, I knew that I needed a brighter projector, with fairly accurate color reproduction, as well as a projector that accommodated our unique throw distance with a standard lens. Second, I wanted to give our staff  and guests the ability to bring and present using their own devices. Third, I wanted a screen to soft en the hotspot from projecting on a surface that was not designed for projection. Fourth, I wanted a solution that I could integrate myself. Although consulting an integrator is usually a great choice, it was cheaper for our organization to implement this ourselves. And most importantly, I wanted the system to be of quality, but extremely user friendly, so I knew we needed control.

The control system would make a power sequencer, Elite recessed screen, Canon LCOS projector, JBL Control Speakers, Insteon Lighting Controls, and an ioGear HDMI switcher, and an Apple TV in Conference Room mode to work together as if it was one unit. The best control systems are ones that are nearly invisible to the end user. They can be used to simplify controls of complex tasks, automate a regular occurring task, or prevent certain users from accessing parts of a system that can affect the functionality of the system. Unlike other major manufacturers in the industry, HRS Enterprise ONE does not require you to take a proprietary training course or become a dealer to access their products.

With other vendor’s systems, functionality decreases over time because specialty programmers or soft ware is necessary to keep up with evolving equipment changes or workflow changes of an environment throughout the years. Because of this fact, I knew I wanted to purchase a control system that would not prohibit end users from accessing programming resources in order to properly maintain a system for future expansion or equipment replacements. This was a major selling point that resulted in the purchase of their Enterprise Control Soft ware. After you purchase an HRS Enterprise system, you plug it into your existing network, and assign an IP address to the server.

To program the interface controls, add devices, and command sets, you use their System Designer soft ware. System Designer is accessible from any web browser and does not require any additional soft ware installation. HRS Control recommends using Google Chrome as your browser to access and program System Designer. The soft ware has the ability to communicate with almost any IP Network Interface for Contact Closures, IR, and RS-232 devices. It also has the ability to receive two way status updates using JavaScript. Once all of the equipment was installed for our conference room, our staff  and end users gave me a
large amount of positive feedback about the quality of the system and how easy it is to use. Most of this is due to the fact that an HRS Control system controls all of the devices. I am under the impression that we purchased a system that feels like it is valued at over $20k, for a fraction of that amount.

The iPad is mounted on a stand and is loaded with the HRS Control Pro app, which automatically logs into the HRS server on launch. Th e user is then able to touch a power button for the system, which triggers a macro to lower the screen, adjust the lighting to a preset level, power up the projector, as well as an amplifi er. Th e user 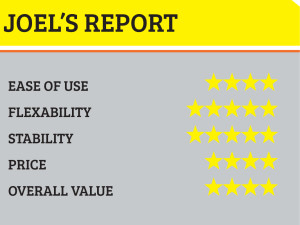 can easily change inputs from the next menu screen, as well as adjust lighting levels from a single app, which is very cool! In addition, I was able to build an interface to control our digital signage channel for our hallway displays. Drew Taylor at HRS Control was very helpful in providing pre-sales support to make sure their system would perform all of my required tasks. Tony Ardingo got us up and going very quick with aft er sales support, as well as helping make sure all of my command sets were set up properly. I am very happy I chose HRS Enterprise ONE for this project.

Joel Caron is the Director of Technical Arts at Fielder Church. He oversees all of Fielder Church’s AVL systems and occasionally works for a few event production companies as a lighting designer or video technician.