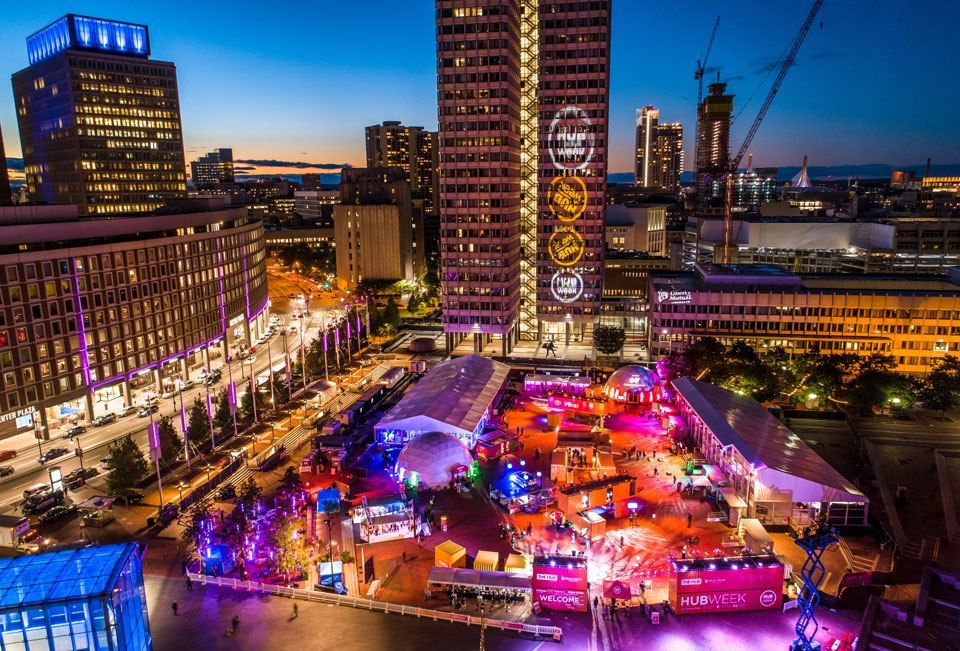 Boston, MA – Billed as the “festival for the future,” Boston’s HUBweek was founded through collaboration between The Boston Globe, Harvard University, Massachusetts General Hospital, and MIT. Celebrating its fourth-year last November, HUBweek 2018 featured a diverse selection of presenters, including entrepreneurs, inventors, and journalists, as well as numerous activations intended to spur conversations around art, science, and technology.

Boston-based High Output Inc. was once again tapped to provide production services for the seven-day event, which included a turnkey audio solution for HUBweek’s Center Stage, the festival’s premier presentation and performance venue. Located inside The HUB, a 300 person Losberger tent erected at Boston’s City Plaza, Center Stage played host to everything from TED-style presentations, keynote speakers, poets, and numerous musical performances from a wide variety of genres. 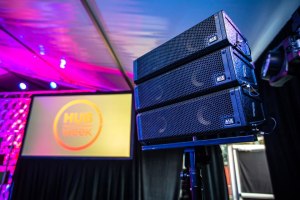 “Diversity in art was definitely the objective for HUBweek organizers, so we needed a PA capable of delivering it all, with minimal to no tweaking between acts,” explained High Output Project Manager Jeremy Stark, who served as The Center Stage’s production manager throughout the week. 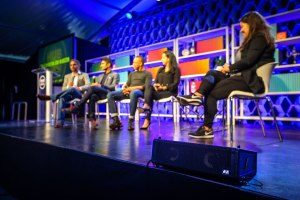 “Coming into the event we were concerned that we didn’t have enough al-4 elements to handle the mixture of music and speakers,” said Stark. “But all worries were instantly gone when we fired up the al-4 for the first time. The VUE system was loud and crystal clear, with more than enough headroom to go from keynote to 7-piece band or DJ with no problem at all.” 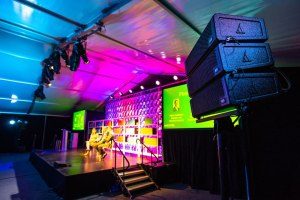 “The bands all commented on how clear their vocals and instruments sounded through the hm-112s,” said Stark. “But they were also great purely from a production perspective. We were able to move easily between corporate content to a full seven-piece band with virtually no tweaking required. They just sounded great no matter what we pushed through them.”

With another successful event in their back pocket, High Output’s services continue to be in high demand. And according to Stark, the VUE systems have earned their place as a trusted partner in their continued success. 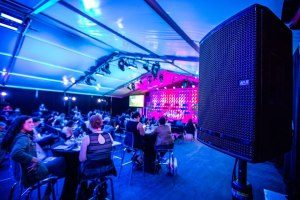 “We’ve been using the al-4s for several years now, and our clients are constantly commenting on the quality of the system. After HUBweek, we wound up purchasing the h-12 delay systems to add to our permanent inventory. Being on the cutting edge with the latest gear has definitely been a critical differentiator in our success.”