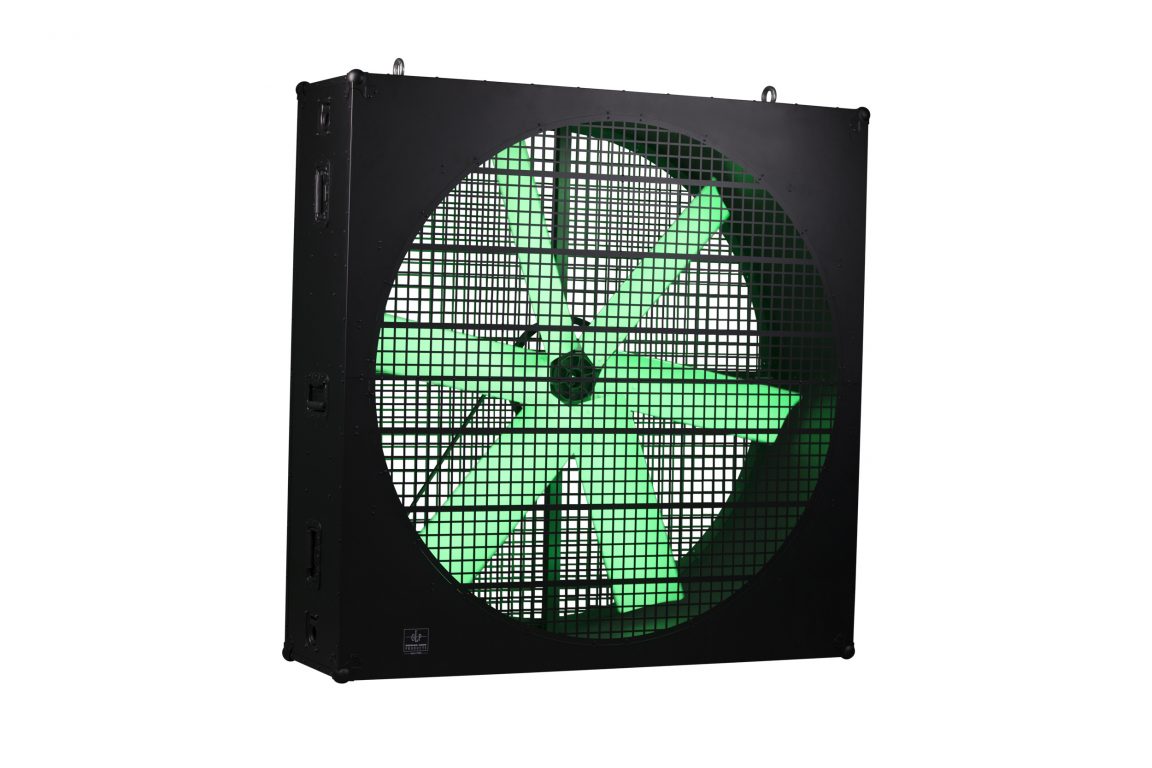 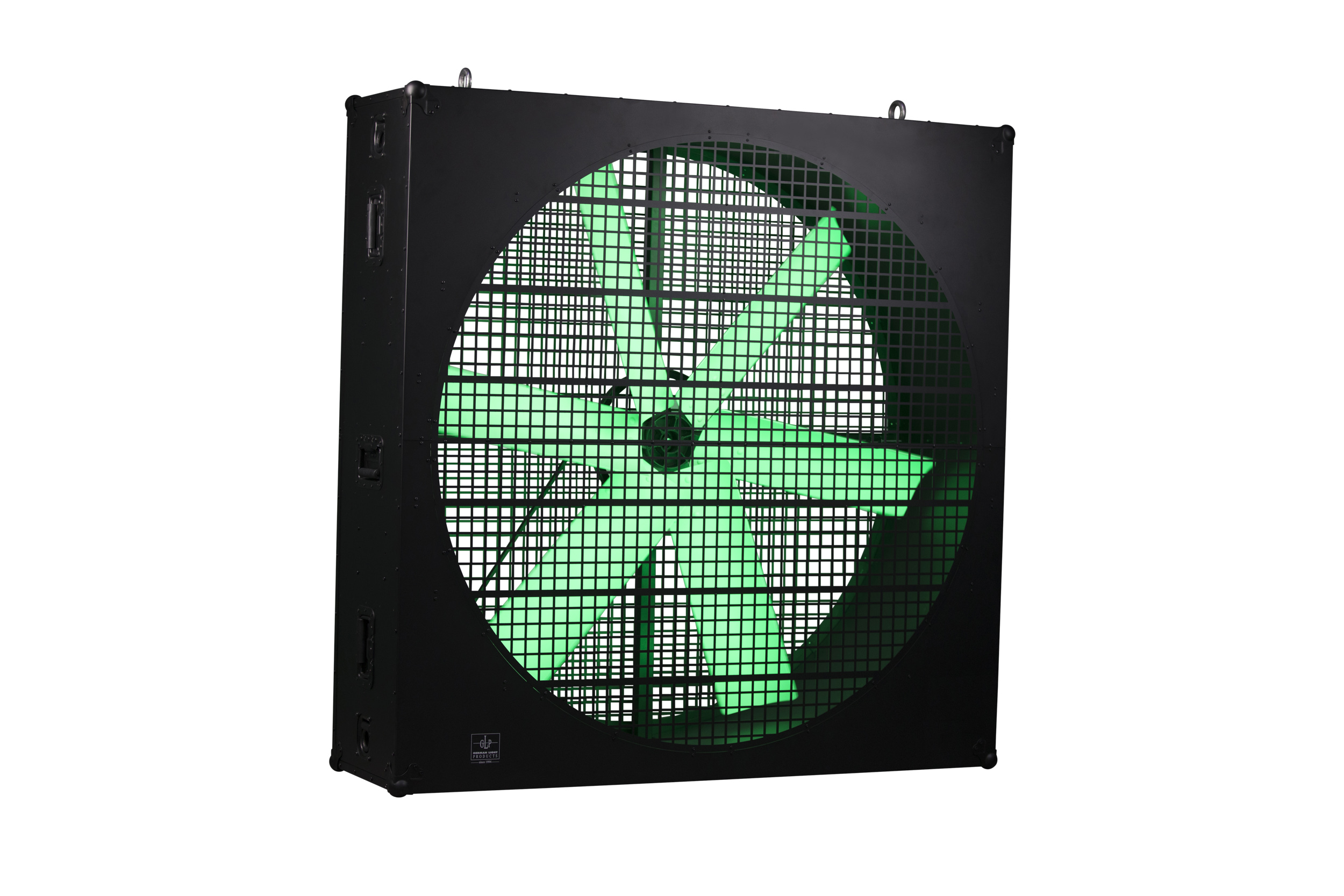 GLP’s new Force 120 fan effect fixture is a break from the company’s traditional moving lights and will be showing at this year’s Prolight+Sound Show (Hall 4:0, G20).

Measuring 140 x 38 x 140 cm, the housing contains a large diameter variable speed fan which can run at speeds as low as 30 rpm, right up to 750 rpm and be able to switch from one extreme to the other at lightning speed.

Designed to create stunning scenic effects, or be used as a great air mover (or a combination of both), the Force 120 is equally at home on any stage setting.

Internally it features bands of LED tape which light the actual fan blades and can be controlled with differing levels of density, allowing multi-color projection onto the blades, or alternatively it can turn them into a single striking element. The Force 120 has an auto sensing power input, a sturdy construction, built in transport wheels and multiple rigging points.

The Force 120 received its first outing on the recent Old Dominion tour, where 15 units created an impressive backdrop for the country rock band.