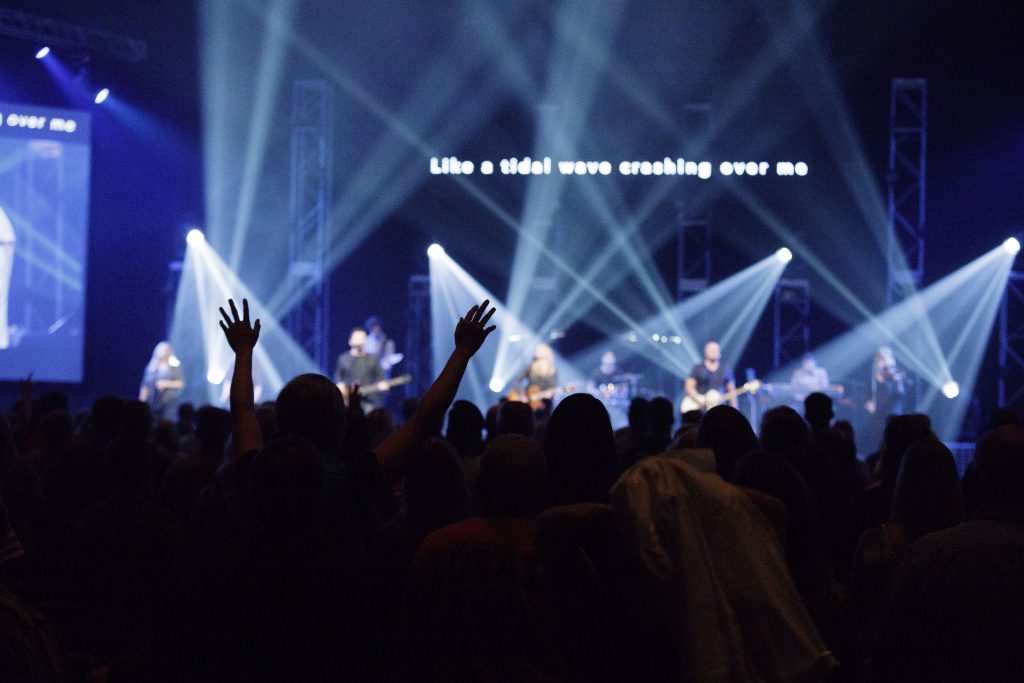 Located in Lafayette, Colorado and with an average weekly attendance of close to 19,000, Flatirons Community Church has installed a third-generation mc²56 digital production console from German IP innovator Lawo to advance its live services and postproduction for its online community.

“A primary goal with this project was to ‘take the lid off’ a workflow that was bound by channel count limitations, available DSP, limited ‘in the DAW’ processing and recording capacity,” explains Flatirons Audio Director Bryce Boynton. “We want to take every possible technique used in postproduction and integrate it into the live broadcast environment. Whether it’s time-aligned house mics, real-time drum sampling, live vocal tuning, master bus processing, or – most of all – real-time dynamic automation, we want to create the most ‘album-like’ sound for broadcast possible.” 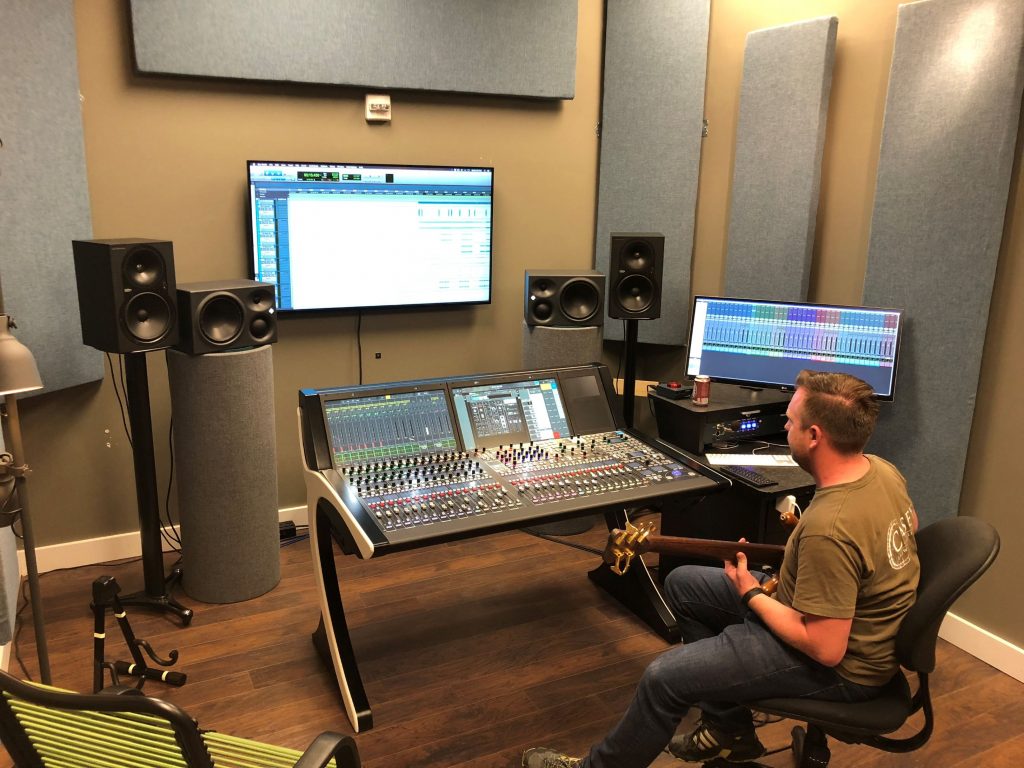 The console takes its place alongside the existing PA and monitor system, allowing four weekly services to be mixed live with automation running and, when the service is over, provides the recording crew with a starting point for an automated post mix.

Flatirons’ established workflow records directly to a Pro Tools HD system from the church’s Dante distribution network – and now feeds the Lawo console as well. Integration with the existing Dante layer required minimal changes to the existing system, as the console’s Nova73 Compact Core supports 256 channels of Dante I/O. Consequently, the new workflow is able to use the same Waves plug-ins and DSP settings for two days of rehearsal and two further days of recording. “The expectation is to remove at least two days from the post workflow compared to sending the audio files out of house for remix,’ Boynton explains.

“Some processes that we are still working on implementing include AFV [audio-follows-video] triggering, synchronized machine control over multiple playback devices, mxGui configuration, and advanced editing of dynamic automation. It is extremely impressive how the console can be configured to act in a variety of different environments,” he continues. “The implementation team at Lawo has even written unique scripts for custom hardware control for our specific workflow. The desk can be configured as a ‘do anything’ broadcast console, or a FOH console, or a monitor desk, or a remote controller for another desk with some custom configuration.” 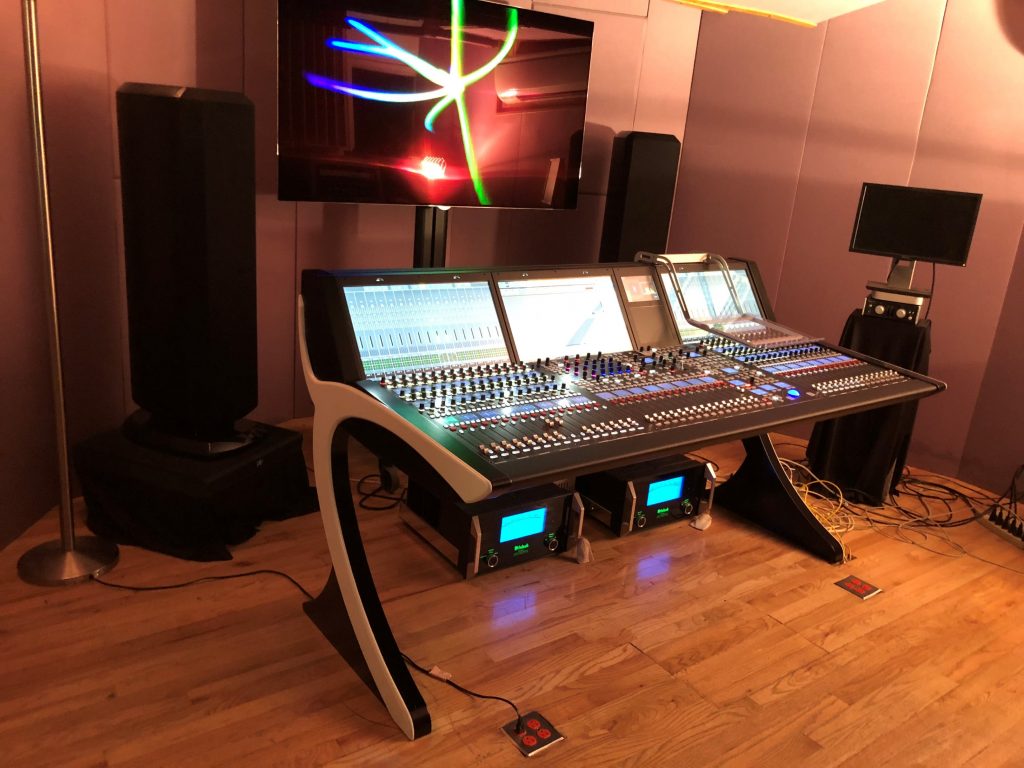 To Boynton, Lawo has long been “a major player in the rather small world of dynamic automation”.

“The mc²56 records all automation to its own computer in an exceptionally elegant way,” he reports. “It is invaluable to be able to cut together a service, make minor musical edits, and maintain a mix without having to start over after the fact. By recording rehearsal mid-week and virtual mixing before the weekend, we are ready for a postproduction-quality live mix by the time of the first service on Saturday. By the end of the last service on Sunday, we have a fairly complete product. Then, through some editing and further mix refinements, the final version is ready to be posted permanently online that same evening. This will, in turn, help bring more viewership because of the relevancy and quality of the content.”

Boynton concludes: “Lawo has always been a frontrunner in large-scale audio production and networking realms, and also has a strong backbone and passion for quality music production. The consoles are built with music in mind, just as much as signal distribution and management. The mc²56 is not just a broadcast console, it’s built with character as well.

“The console processes the music in an ultra-clean fashion – you can heavily compress a channel without it changing the character of what came from the source. The process of mixing on the Lawo is extremely fun because you can compartmentalize each channel into three categories – the integrity of signals coming into the console, how the console is processing the channel, and what kind of ‘coloring’ you want to add to it via a Waves live server or other outboard equipment.

“The mc²56 is so extremely flexible and customizable, that there are simply no limitations. There are many things remaining that we don’t yet know the console is capable of, that will be open to discovery in times to come. For the future, I am looking to Lawo for further desks, so that engineers will have a familiar platform to work from, but also have a desk that is custom configured for each position.”