As the founder and senior pastor of Bridgeway Community Church located in Columbia, Maryland, Dr. Anderson reaches a dynamic, multicultural congregation of over 5,000 weekly attendees from more than 52 different nations; their services are viewed online at Bridgeway.cc in over 100 countries.

Dr. David Anderson, founder and President of the BridgeLeader Network (BLN), is one of the world’s leading authorities on building bridges across the deep divides of race, faith, culture and wealth. His global work has brought hope and healing to communities, families and people in Africa, Asia, Europe, the Middle East and North America including work in Ferguson, Missouri, and Baltimore, Maryland, during recent civil unrest around issues of race and police brutality. 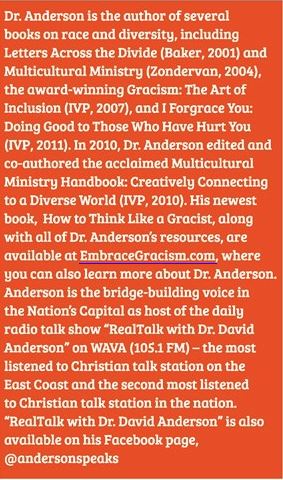 Wherever there is a divide, Anderson seeks to build a bridge through relevant and intelligent conversation. His insight, vision, and passion have made him a widely sought speaker, writer, and consultant for major national and international events and policy initiatives, and travels all over the world bringing the six “P’s” together – pastors, police, public and private sectors, politicians, public and private schools, protestors – to a safe uncommon table to discuss solutions and build bridges within the divide.

For Dr. Anderson, creative in capturing his audience while teaching for information and preaching for inspiration, I needed to find a head set that would stand up to all of his unpredictable moves. He has probably been through four or five different headsets over the last few years, trying to find that perfect one. A headset that would withstand the rolling sweat, wiping of face, putting and taking off of his glasses, the walking from end to end of a mega church stage, sudden moves, and ambient noise from fans on stage. Could there be? Could there be such a headset so custom to his needs?

YES! The answer is the EMBRACE Earmount Microphone, from Point Source Audio.I was somewhat concerned about the actual length of the microphone itself – when you look at it, the microphone is so small it’s easy to under estimate the power of the audio pick-up.

The EMBRACE was an immediate success! The headset is IP 57 waterproof rated against water, sweat and makeup. It is also unique, because you can bend, trim and shape it for a precise fit to any ear, which means the microphone secures snuggly to the ear to give it tremendous staying power regardless of head or body movement. The mic sits right over the ear and doesn’t have a boom piece that extends down the face. Point Source claims the microphone is ‘light like a Lav, [with] hold like a headset’, and they are right; once placed, the microphone doesn’t budge. Because of its low profile, when Dr. Anderson wipes his face or removes his glasses, there is no sound interference. It is so small, it is easy to travel with, and the adapter we purchased is compatible with the top three systems in use, and there are other adapters available should we need them. Since EMBRACE ear mount microphones are offered with omnidirectional pickup patterns, the sound quality is clear and crisp. 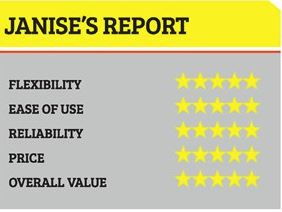 The service we received from the Point Source team was beyond exceptional. They are always available to answer emails and questions, and we’ve never had any issues with getting in touch with them. They are quick to respond, and rightfully proud of the product they’ve produced – and it shows in their commitment to their customers. In fact, when we first saw the EMBRACE, we were somewhat concerned about the actual length of the microphone itself – when you look at it, the microphone is so small it’s easy to under estimate the power of the audio pick-up. However, after I spoke with Yvonne Ho, Vice President, Sales & Marketing, at Point Soure and explained the issues we had faced with past headset mics, she assured me that the EMBRACE would definitely suit our needs. In fact, she was so confident we would love it, she provided us with a test unit to ensure the product would work exactly as we wanted before we even committed to buying it.

The match could not be more divine. The EMBRACE earmount microphone from Point Source has really met the needs of Dr. Anderson’s ministries, as he travels and “Embraces Gracism”. We couldn’t be happier with our choice.

JANISE FONSECA IS THE DIRECTOR OF PUBLIC RELATIONS AT EMBRACEGRACISM.COM