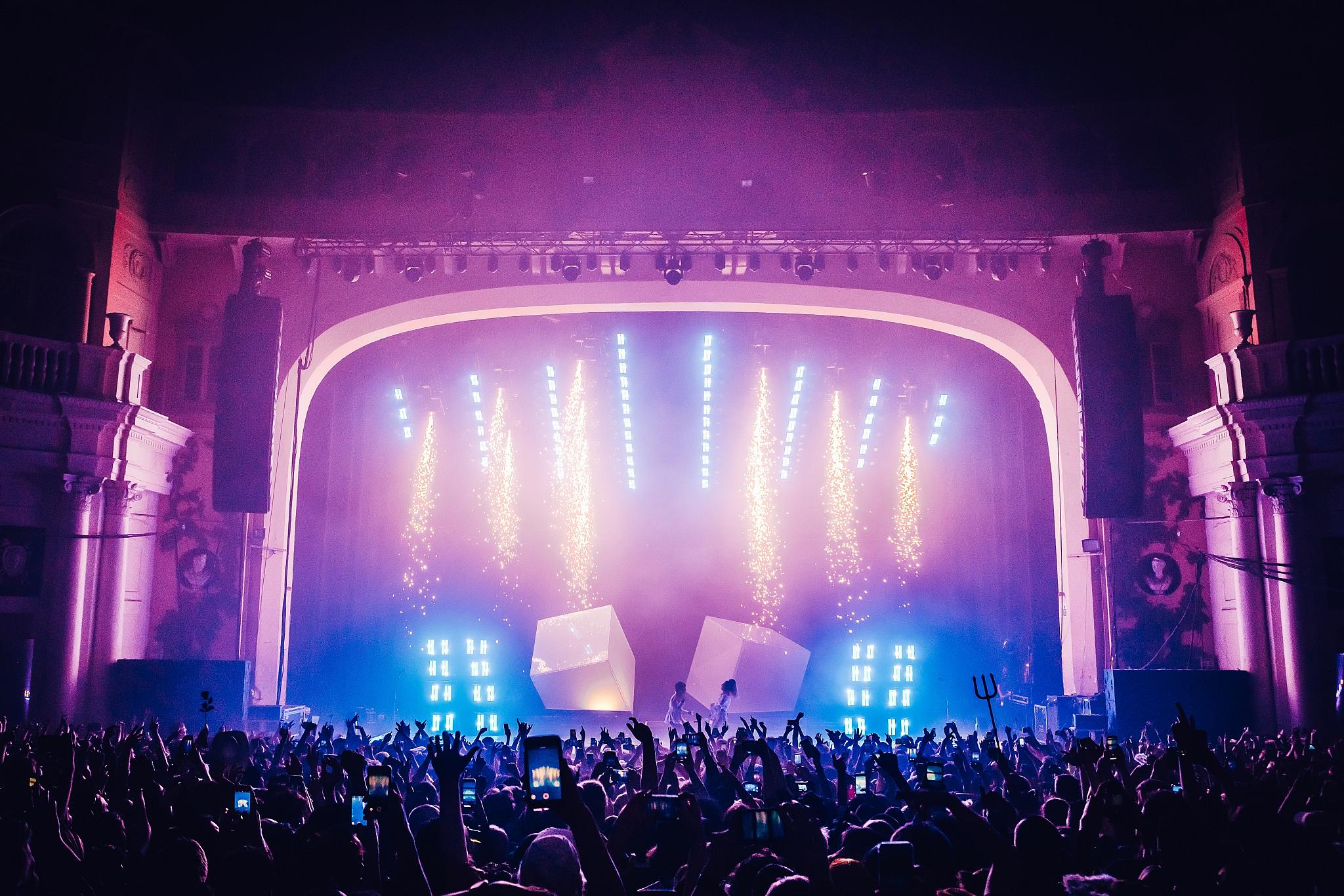 At the age of 16, Elliott Mountford set up his Ti22 lighting design company with a view to providing lighting and video integration on live shows. Little more than a few months later he was handling his first arena show at Wembley.

Now still only 19, and from a background in programming, Elliott has developed into a full lighting designer. Most recently he has been out with Charli XCX—with an armory of GLP fixtures for company, supplied by Liteup.

“We had 34 X4 Bars and 34 JDC1 [hybrid strobes] on the European and USA tour, and then the show at Brixton Academy was a total upscale, with a total of 96 JDC1s and 36 X4 Bars,” he reveals. The rig comprized both the touring and Brixton package. “It needed to be bright, and be able to create a thousand different looks out of a single unit …and the JDC1 always smashes that.”

Elliott has certainly earned his spurs, having worked as an LD with Skepta, Ghetts, Chipmunk and a number of EDM acts (Including Ultra Music Festival, Lost Frequencies, Carl Cox and Solomun). Earlier this year he programmed and tour LD’d rapper Santan Dave for LD Tim Routledge, an award-winning lighting show that helped him gain further recognition.

When Charli XCX was looking for a new LD she realized that Elliott, after operating several of her shows, would be best fit. He stepped up to take the lead role, and introduced a completely different conceptual approach, working alongside creative director, Jed Skrzypczak.

“Charli and Jed loved my work, and kept me on board for the festivals, and the US and European tour,” he continued. The lighting design came together organically, without a brief. “I’ve worked with Jed a few times now, and totally get his vibe. Charli’s future pop music needed to stand out. It was apparent that the Cubes, designed by Jed, were our central focus and so I needed a fixture that could produce a flat soft field of light, but was also easy to complement the rest of the rig.”

The GLP fixtures played a major role in ensuring all objectives were fulfilled. “I’ve used X4 Bars for a while, but JDC1 was a new strobe to me at the start of the year. After using a bunch with [Santan] Dave, I knew it was a fixture for the future and I was interested to see how far we could push it this time.”

Using two JDC1’s per cube, and six X4 Bar 20s on the back (with all other JDC1s audience facing), he quickly got his answer.

Elliott ran all fixtures in full mode in order to have as much control as possible. “Every pixel is mapped, and I spent a lot of time putting them into layouts and grouping them in a correct way to allow me to separate the backgrounds, pixels and strobe channels.

“The channel modes are super helpful when cloning from JDC1’s to other in-house fixtures. The strobe plate easily clones to an in-house xenon strobe, and the background module clones perfectly to any LED strobe or fixture, with the correct strobe duration/rate etc.

“I also love the way the JDC1 allows me to separate the plate priority with the pixels, allowing effects to be overlaid on top of each other. There’s a really cool part of the show where we go from every strobe at full, to a very very low UV flicker. We strobed the plate module at a low intensity but fast rate, and kept the pixels on high intensity to give it the push.

“It really messes with your eyes because of the refresh rate effect that was applied. The previous song was very very bright and harsh LED xenon white, and this song was a very dark low light UV. Because of the way a human retina deals with light exposure you could still see the previous ‘white’ song while now witnessing a UV look onstage … super weird. It totally matched the song intro and was the perfect look myself, Jed and Charli were after.”

As for Liteup, this is Elliott Mountford’s regular vendor. “I have always worked with Gordon [Torrington] and their techs are amazing. We had Cy Doitmant as the crew chief and Ben Beverley as system tech. Everyone worked super hard and I will keep using Liteup in the future.”

In summary, the LD says there are many elements that make the GLP fixtures so special. “Wherever I go I see the Bars—everyone has them even in the weirdest part of the world, and they always match. Their dimmer curve and colors are unmatched, and I feel like it’s a fixture I can use on every design.

“The JDC1 is simply by far my favorite fixture of the last two years. I can make so many different looks out of one unit, and you really don’t need many to create something special. The tilt also makes it a genuinely hybrid strobe; I use it for back light a lot and then back into the audience. I also love the thin strobe look, where the source is just a thin line.

“In fact I don’t think there is another strobe on the market that does LED color and strobing all in one, and that is so widely stocked around the world.”

Both Gordon Torrington and tour manager Wilkie Wilkinson had initially thought it was crazy having nearly 100 strobes facing straight towards the audience. “But once Wilkie saw it in rehearsals he realized it was not just a strobe, as we were using it as a pixel device, for a bunch of wipes and hits. And he was super impressed,” Elliott concludes.