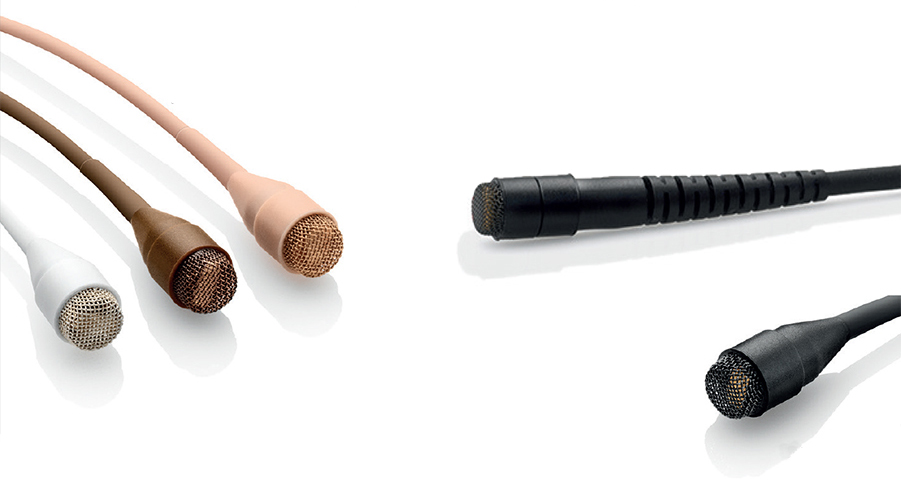 DPA’s hugely popular range of bodyworn microphones are the focus of a new campaign that will highlight the advantages of using these tiny mics to record high-quality audio, particularly the human voice.

Already the mainstay of many film, television and theatre productions, DPA Bodyworn Mics are the perfect solution for all situations where both body and voice need to be free. Headset or miniature, visible or concealed, the d:fine™ and d:screet™ series of bodyworn microphones deliver consistently excellent sound, regardless of the extreme demands and conditions that surround them.

Over the years, DPA’s Bodyworn Microphones have found their way into some highly unusual places, including the costumes worn by the cast of the film Les Misérables, Scarlett Johansson’s t-shirt in the film Lucy and the jacket worn by Tom Hardy in Mad Max:Fury Road.

“DPA Bodyworn Microphones are so reliable that you can have them rigged under makeup or clothes and you know they are going to work all day and not give you any problems,” says Oscar-winning production sound mixer Simon Hayes who uses them on most of his movies.  Most recently this included Marvel’s film adaptation of Guardians of the Galaxy, in which DPA d:screet™ Mics took precedence over booms in a lot of scenes.

DPA’s new campaign, which launches on September 7th 2015, will encourage sales by offering customers a free adapter when they buy any microphone from the d:fine™ Headset and d.screet™ Miniature Microphone series. There will also be an opportunity to win prizes by visiting DPA’s Facebook page and showing different ways of using bodyworn microphones.

DPA will back its campaign with a series of webinars that will highlight the advantages of using bodyworn microphones to record voice. These will cover a range of topics including the importance of speech intelligibility in audio and video productions, how to choose the right microphone for specific bodyworn situations and how to place it properly so that it gives the best results. There will also be opportunities to learn about miniature capsule technology and the large range of accessories and adapters that are available for application requiring a big sound and a small footprint.

Webinars will be recorded as a resource for DPA users and will be available to view online, alongside an already extensive selection of instructional videos on DPA’s website.