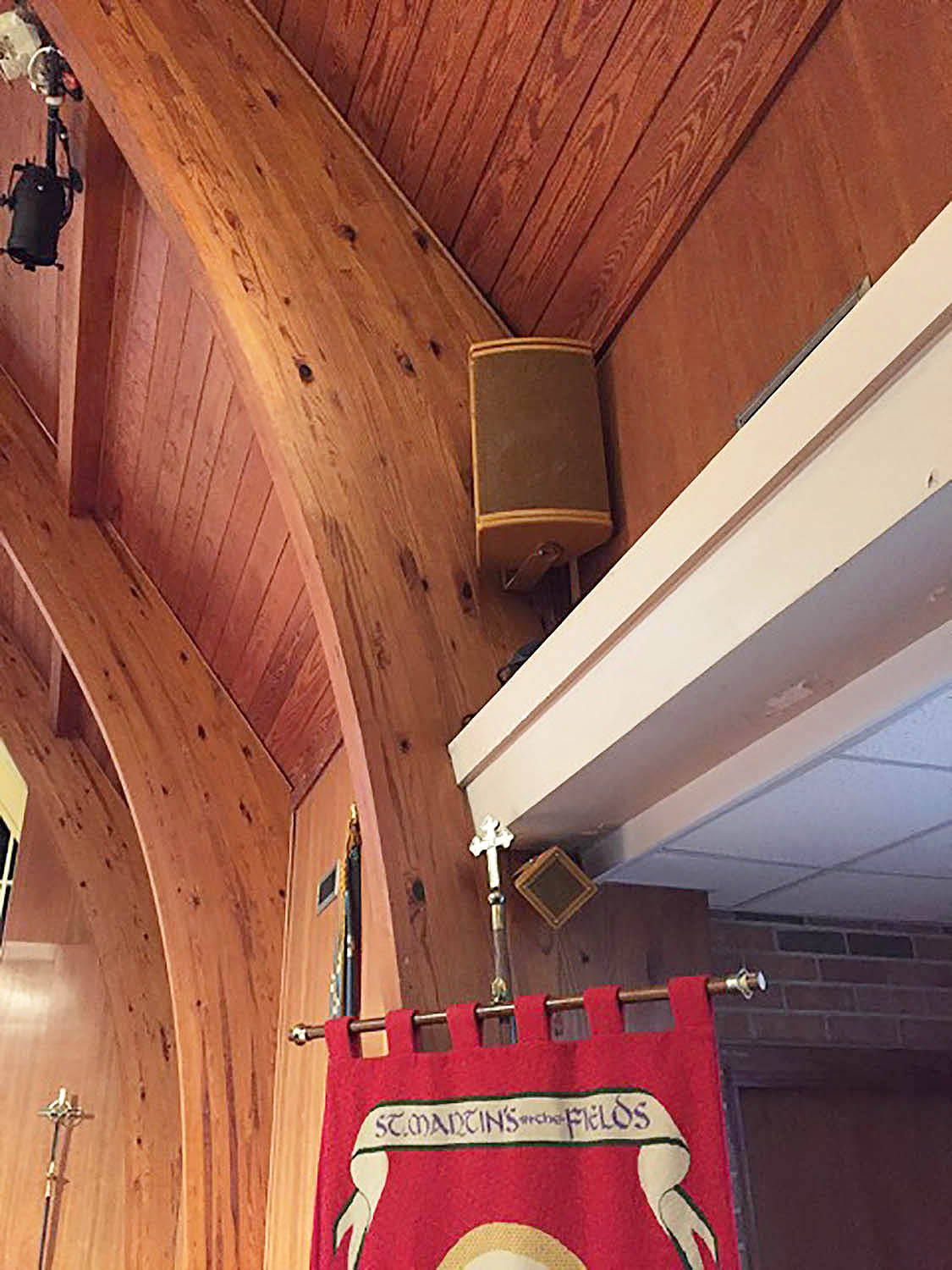 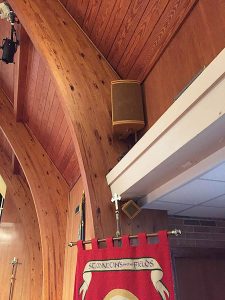 “This is the church that I grew up in and the church my mom attended till the day she died,” said Sid Gattis, speaking of St. Martin’s-in-the-Fields Episcopal Church in Columbia, South Carolina. “It was built in the 1950s in Forest Acres, one of the oldest communities in Columbia, and it’s a stunning example of a liturgical church: big, old, tall pine ceiling, hard pews, hard floors… it’s just a hard space all around. I think they begrudgingly put some fuzzy stuff on the kneelers to spare some old joints, but that’s it. The sanctuary is beautiful, but also very challenging from the standpoint of intelligibility.” Gattis is the owner of Gattis Pro Audio, and he recently improved things at St. Martin’s-in-the-Fields by installing a distributed system of Danley Sound Labs’ smallest loudspeaker and subwoofer: the Danley Nano and the Danley Nano Sub.

Gattis had installed the church’s previous system over twenty years ago, when he was just launching his new company. “We put in a big center cluster with a delay to cover the balcony halfway back,” he said. “It was a lot better than what they had previously been using, so that was okay, but it wasn’t ideal. Over the years, things failed and got replaced with pretty much whatever, until the church decided it was time for a refresh.” Gattis put together a proposal based on some previous experiences he had had with Danley Nanos. “The Nanos produce a way-bigger sound than seems possible from such a small box,” he said. “I thought if we distributed Nanos and painted them to match the wood, St. Martin’s would get intelligibility without compromising the aesthetic.” The church committee put in its due diligence and pressed the top three proposers for demos. Gattis obliged and won the job.

Fortunately, St. Martin’s-in-the-Fields’ sanctuary has protruding columns every fifteen feet against the outside walls – as well as a light trellis – that Gattis could use in a highly-distributed system. Five zones cover the main floor, each with its own column and its own Danley Nano. In addition, two Danley Nanos cover the balcony and two more cover the choir. To warm things up from below, Gattis also installed one Danley Nano Sub on the columns near the front of the room. He used QSC Q-Sys DSP to time align the system and to subtly adjust volumes to help with localization. QSC network amplifiers power the system.

“There isn’t a spot in the room that’s more than 25 feet from a Danley Nano,” Gattis said. “The system is capable of surprising volume (especially considering that these are four-inch cubes!) while remaining clear and articulate. It’s funny, because you walk into the room and it feels like nothing but reverberation. But then you hear spoken work coming from the Danley Nanos and it’s incredibly intelligible.”