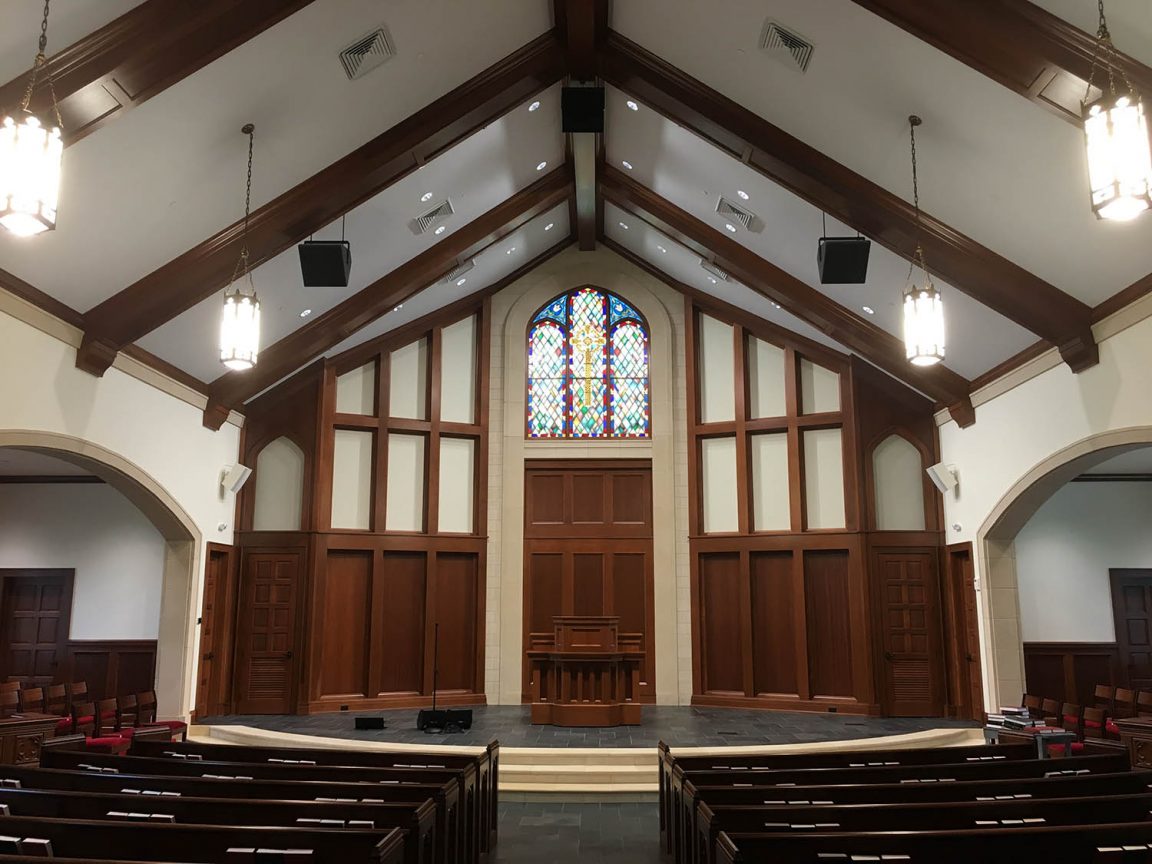 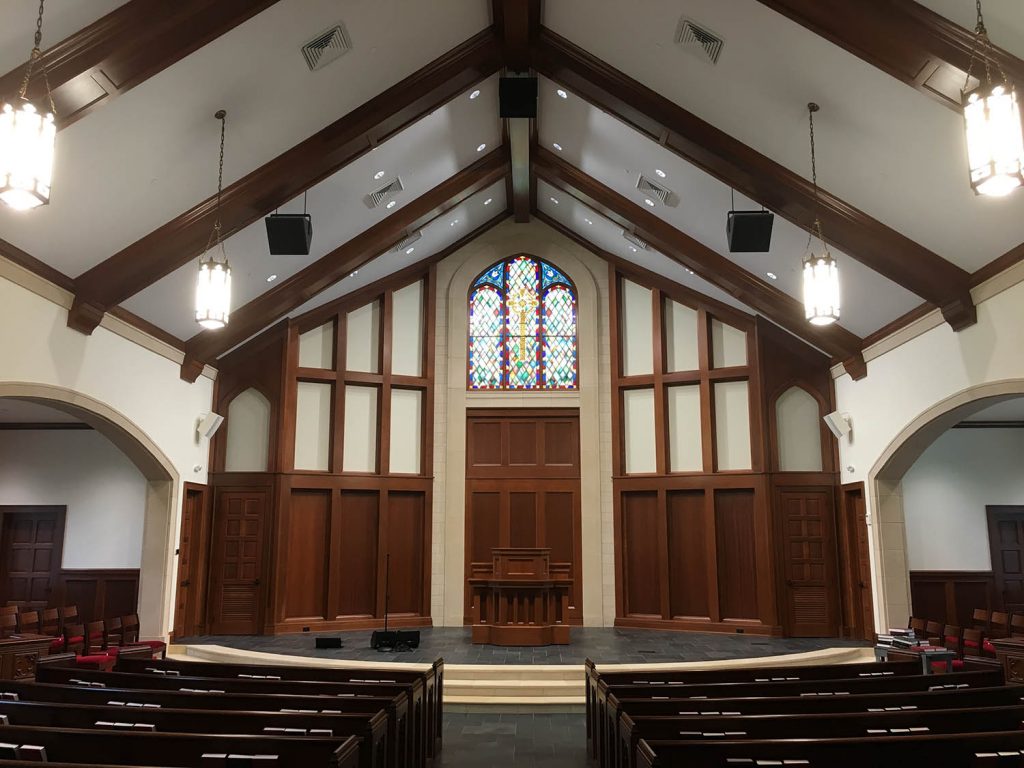 MONROE, LOUISIANA: Covenant Presbyterian Church in Monroe, Louisiana had a welcome problem: its congregation had outgrown the 175-seat sanctuary that had served as its home for the past sixty-plus years. The church is philosophically opposed to holding multiple services every weekend because that solution would sever many of the community connections that come with a single service attended by the entire congregation. Overflow into the Fellowship Hall served as a stopgap measure, but it would not engender the right kinds of connections and togetherness in the long run. Thus, Covenant’s new 400-seat sanctuary solves its most pressing problem, but the new sanctuary’s generous reverb created another potential problem: intelligibility. The AV integration division of Matt’s Music, also of Monroe, solved that potential problem by using Danley Sound Labs loudspeakers, which offer pristine fidelity and unrivaled pattern control octaves lower than conventional loudspeaker and line array designs.

“Covenant wanted a cathedral-type space with a lot of ambience that would match the aesthetics of its older, smaller sanctuary,” explained Tony Cortellini, manager of the contracting division at Matt’s Music. “There was going to be a lot of stone, brick, and wood, which was going to look amazing. However, I was concerned that the space was going to be too reverberant. The church opted not to bring in an acoustical engineer and they declined my suggestions for acoustical treatments in favor of the visual aesthetic. In the end, we agreed to do the best we could without any adjustments to the acoustics, and we could revisit the issue if the best wasn’t good enough.”

Cortellini continued, “The obvious best-case scenario would be to use a high-quality loudspeaker and to keep all of the direct energy on the seats and off of the walls. I’ve been a fan of Danley ever since I first heard a demo years ago. Danley’s clarity is so excellent, and Danley’s point-source pattern control would manage the direct energy correctly.” To offer proof-of-concept, Cortellini got help from Kim Comeaux of Anderson Marketing, the area Danley rep. The two modeled the new sanctuary and optimized the placement and selection of the Danley loudspeakers.

Cortellini’s solution is straightforward: three of Danley’s SM60F integrated loudspeaker/subwoofer form a left-center-right array across the front of the new sanctuary’s stage. A single Danley SH mini loudspeaker on a delay covers the balcony. A QSC CXD-series amplifier with built-in DSP powers the system, with input from a Yamaha TF-series console at FOH. “Aesthetics was a big consideration, and the small footprint of the Danley SM60Fs and mini fit right in,” Cortellini said. “You can tell there are loudspeakers up there, but they aren’t obtrusive. The church officials went so far as to say they look good!”

As planned, the Danley system conveys crystal-clear spoken word without detracting from the beautiful ambience of the room. “Everyone I’ve spoken with at Covenant Presbyterian Church is very pleased,” Cortellini said. “And I have to agree. It sounds really good!”