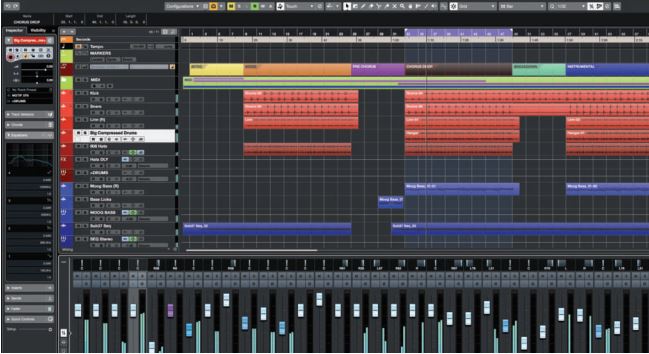 This year, the Digital Audio Workshopping (DAW) software Cubase reached the 30 year anniversary of its initial release as a MIDI sequencer. To celebrate, Steinberg has released the newest update to the program in Cubase 10. As someone who has studied musical composition and developed a passion for writing music and exploring sound, I was excited to be given the chance to review this installment. Cubase 10 brings several improvements to the appearance, functionality and quality of the software making it a great purchase for anyone interested in this art.

The software looks better than ever, with an updated interface that increases ease of use without being a struggle for users of past versions. The panels employ light on dark buttons and icons, making functions easy to read and navigate. Support for high resolution displays makes its first appearance in this installation. The panel has been updated to provide more clarity to the user. Tool windows and dialogue boxes have also undergone a touch up for ease of use. Steinberg has included a variety of improvements and newer functions that enhance workflow and efficiency. One of these changes I appreciated is how the Colorize Palette and Add Track functions are now able to remain open as windows. You can colour code your audio tracks in a work without constantly returning to the main menus. It is the smaller quality of life changes such as this that illustrate Steinberg’s attention to detail when creating this version. Users also can now visualize audio plug ins from the media tab browser, providing useful insight to created audio. Changes such as these have made Cubase more accessible to first time users and much more time efficient for all.

For this release, Steinberg has added VariAudio 3 as an audio editing function, allowing for more precise control over the aspects of sound. Up to 11 controls are now accessible all at once when hovering over pitch segments, saving the user lots of time switching between tools. The audio quality of the programs’ loops, instruments and editing tools matches anything else available, and shows a marked improvement from past versions of the software. The sound libraries offered out of the box are impressive, outdoing other start-up offerings from competitors and prior Steinberg releases. A variety of other sound libraries and loops are available for purchase should you have the need. The Smart Tools and number of options provide near limitless freedom in sound possibilities. Users can alter the audio curve, cure inconsistencies in volume, clean up note transitions and more. The sound quality and sheer number of editing tools are just two of many reasons why Cubase 10 is amongst the elite software packages in Digital Audio Workshopping. The instruments sound both realistic and professional. As someone with experience on past versions, I was floored at how much simpler, more powerful, and efficient audio editing was. I felt that my imagination was my only limiter to create the music I wanted. 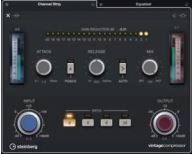 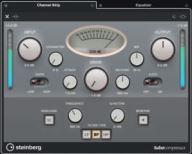 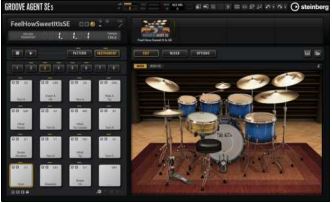 Track alignment has been simplified in Cubase 10 with the arrival of an automated track alignment. Users now can select a master track to use as a reference for other tracks in the project. This function automatically aligns to the reference track. In cases where the alignment is off or if the user chooses, manual track alignment and editing is still available. Users have the tools at their disposal to make this part of the process as simple as can be, yet the tools have been provided to solve any problem that can come your way in this part of your work.

As the software is quite expensive, it is important that Steinberg delivers top notch quality and variety. Much to my pleasure, Cubase 10 is worth the price tag for both those looking to upgrade from a past version and for those who might be looking into Digital Audio workshopping for the first time. Steinberg has made several improvements to interface appearance and functionality that are huge time savers. The software has never been so intuitive while preserving a sense of familiarity amongst long time users. Compatibility with the latest developments in computer software and hardware allow for sophistication that is unmatched by other DAWS on the market. Both Groove Agent SE 5 and the Sampler track are pretty compelling sampling tools included within Cubase. 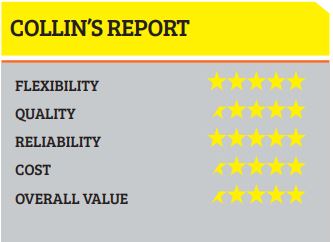 Although the software has a few minor issues such as a steep learning curve for first time DAW users, usage of an e-licenser, the quality everywhere else is more than enough to warrant a purchase. Steinberg has created a DAW that manages to be approachable for newcomers yet familiar for veterans as well. The possibilities are endless as tools for the editing of almost any element of sound are available and easy to use. Cubase 10’s status as a high-end DAW stem not from just one specific feature, but rather from a huge collection of smaller details done right. I highly recommend Cubase 10 to anyone serious about music composition or sound editing through digital formats.

COLLIN MAKARIAK IS A RECENT COMPOSITION GRADUATE FROM ACADIA UNIVERSITY IN WOLFVILLE, NS, AND IS LOOKING FORWARD TO FINDING A NEW CHURCH TO ALL HOME NOW THAT HE HAS MOVED BACK TO ONTARIO.