Cobalt Digital (www.CobaltDigital.com), has revealed an NAB 2013 line-up that reflects its commitment to accommodate customer requests. The manufacturer of award-winning 3G/HD/SD-SDI conversion gear for broadcast environments will display a complement of never before seen products, as well as numerous enhancements, developed to keep customers ahead of the technology curve in a competitive market with reliable, cost effective gear in Booth N4624. 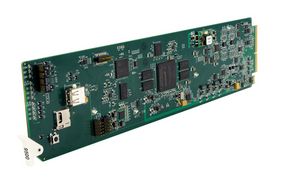