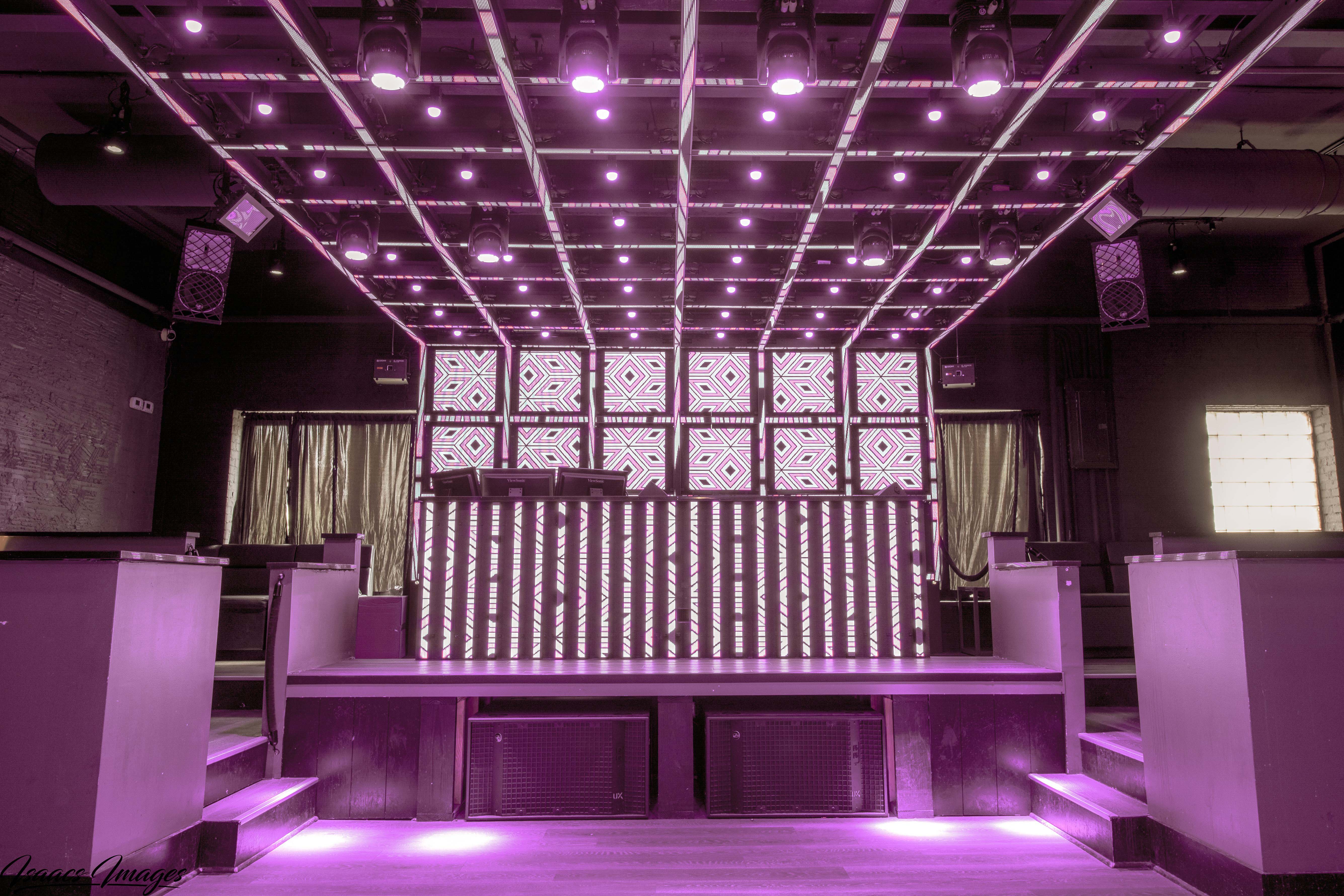 Charleston, SC – June 201 – Trio, Charleston’s downtown dance club and lounge has a new owner, a million-dollar renovation, and a lineup of internationally-recognized DJs—all of which was unveiled during the club’s Grand Opening weekend March 22nd and 23rd. Renovations include a technologically-advanced light and video production system and DAS Audio loudspeakers throughout. In addition to loudspeakers from the company’s Artec and Ventec product lines, Trio also serves as a ‘proving ground’ for the forthcoming E11EVEN Sound by DAS Audio loudspeakers.

iDesign, a Miami, FL-based AV design / build integration firm that focuses on lighting, video, and audio for upscale clients worldwide, including nightclubs, lounges, architectural facades, hotels, and restaurants, was contracted to design and deploy the new sound reinforcement systems throughout Trio. Michael Meacham, the company’s owner and lead designer, worked in conjunction with DAS Audio’s National Sales Manager for Installation and Nightclubs, John Fiorito, to create the new sound systems. He discussed the project and his reasons for deploying DAS loudspeakers.

“Trio includes an upstairs club, a downstairs lounge, plus an outdoor patio area—all of which totals approximately 6,400 square feet of space,” Meacham explained. “The upstairs area focuses on a combination of electronic dance music, Top 40, and generally maintains an open format. This club also has several shows each month on Thursday evenings. The downstairs lounge and patio areas have live music also, with the focus being Top 40 cover bands. Because of the emphasis on live music, it was important to deploy loudspeakers that had accurate reproduction and solid dispersion characteristics so that the sound would be evenly distributed throughout the spaces.”

In the second floor nightclub area, Meacham and his installation team deployed the forthcoming E11EVEN Sound by DAS Audio loudspeakers. This was part of an effort to provide world-class loudspeakers optimized for this type of environment while also being able to fine-tune the performance attributes of the new enclosures. Here, four ES-10 top boxes surround the dance floor at a height of 12 feet in a true 4-point stereo configuration. These are augmented by a pair of DAS ES-218 sub bass enclosures that are coupled in front of the DJ—underneath the stage—in a mono configuration. Completing the setup, there are also two DAS Audio Artec 308 2-way point source enclosures that serve as sidefills.

When queried about the attributes that made the various DAS Audio loudspeakers so well-suited for use at Trio, Meacham offered the following comments, “The new E11EVEN Sound by DAS Audio loudspeakers are currently under product development and I’m certain this environment will serve as a terrific application site to learn about and fine-tune the loudspeakers’ various performance traits. The dispersion of the ES-10 is 110 degrees horizontal X 50 degrees vertical. The loudspeaker delivers extremely smooth clarity throughout the high frequency and the 10-inch woofer handles 1000 watts of continuous power. They deliver the beat all night long under the stressful conditions where DJs push the system for hours on end. The system is suspended with M10 eyebolts and 3 point aviation cable rigging.”

For a project of this nature, responsive support services are crucial. In this regard, Meacham rates DAS Audio highly. “DAS Audio’s John Fiorito provided full support from design through final commissioning of the sound system,” he reports. “John is a highly qualified technician who has been a leading installer and designer of nightclubs since 1992 and previously worked for Sound Investment Audio, where he managed the east coast’s most prestigious accounts such as Funktion One. DAS was a terrific partner on this project.”

With the DAS Audio loudspeaker equipment up and operational, Meacham says his client is very impressed. “Trio continues to be one of the busiest nightclubs in Charleston every Friday and Saturday night,” he said. “Trio owner Eric Gussin, the various DJs, and guests have all reported positive feedback. Eric Gussin has been ecstatic with the outcome—stating that he has never heard anything sounding better in terms of clarity and coverage. The bottom line is this: everyone is extremely pleased with the new sound system.”

For additional information about iDesign, visit the company online at www.idesignproductions.com.