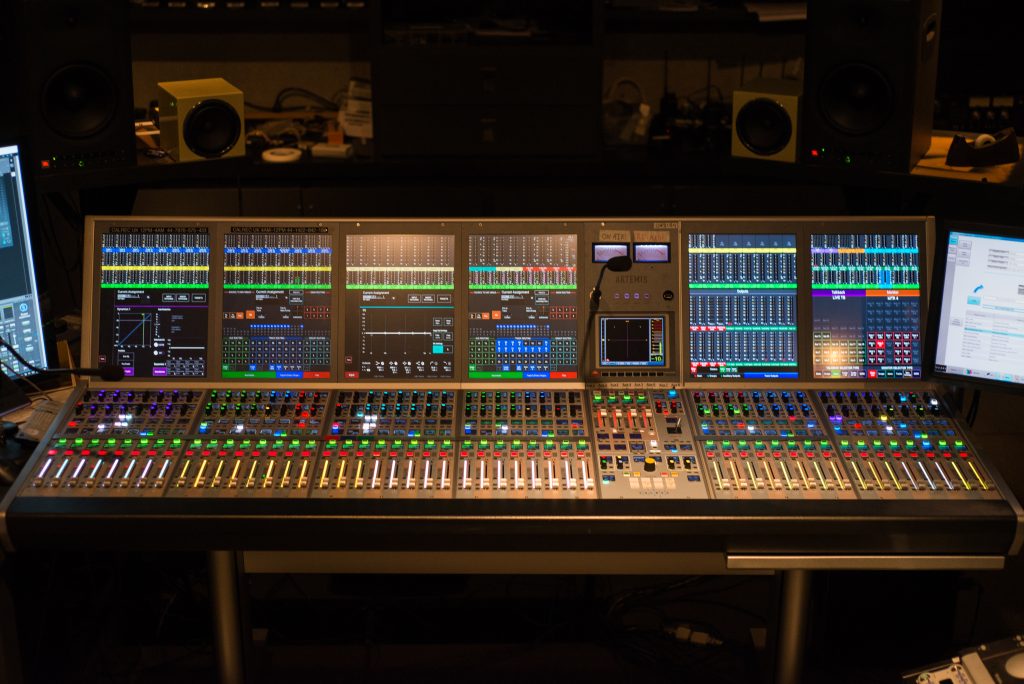 “The Concord upgrade took already great Calrec Audio consoles and operating systems and made them even better,” says Peters. “While the core application didn’t change, every operator has commented that since the upgrade, day-to-day functions, usability and rhythm of the work has increased. The accelerated daily workflow and extra user-friendly presets were immediately apparent. Also, an updated graphics scheme makes sitting at the desk more enjoyable and the Wild layout is now user-definable, so sections can be set up in whichever way the operator prefers.”

As part of the studio upgrade, CBN also integrated Waves servers and Dante networking. CBN is currently networking two Artemis Beam consoles via Hydra2, as well as digitally networking over MADI/Dante/SoundGrid across campus. Both Artemis consoles are 48-fader desks, with 340 processing paths across 12 layers. “The Concord upgrade has made on-board Dante streams across consoles, and even across campus via fibre, possible,” says Peters. “One really nice benefit of the OS upgrade is that it now offers users the ability to easily save ad recall channel strip settings, which makes building a new session that much more streamlined.”

Peters also noted Calrec’s response to customers’ wish lists when designing new software upgrades, saying that the company “has been fantastic with upgrades and finding ways to improve workflow. New features like an extra delay tap on part of the channel flow, or the redesign of console functions to have summary information immediately available, is what makes our jobs that much easier. We don’t force having to move away from Artemis consoles anytime soon. The Concord grade has added several years to our Artemis consoles, and we think that it will continue to meet our needs for many years to come.”

About half of CBN’s shows are recorded for post and aired later, while the other half are fully live to air. CBN’s flagship show, The 700 Club has been on the air for 57 years. CBN has four production studios as well as complete post facilities for video, audio and graphics. Additionally, CBN hosts events on campus that employ traditional production and staging, many of which are tied via fibre across campus for recording within the broadcast studios.

“We have enjoyed a long and productive relationship with CBN and are happy that Peters and his team are enjoying the Concord upgrade and its benefits,” says Helen Carr, regional sales manager, Calrec. “With its intuitive navigation, ease of use and new level of performance, we kew the Concord upgrade would improve our overall broadcast workflows and accelerate functionality. We are happy that customers have embraced the change and continue to evolve wth Calrec.”