First Baptist Church of Smithville, Tennessee is the sort of small town Baptist church that has served as a community hub for decades. Its sanctuary is a very traditional rectangular Baptist-style building that seats around 400 people, with a small balcony, a high ceiling, pews, and carpet. Services continue to call on a talented choir, but these voices are mixed these days with an equally-talented band, making First Baptist Church solidly committed to a blended service. Design and integration firm Centerline Audio Visual recently installed an elegant Danley Sound Labs “hi-fi” system to make the emotional impact of the church’s services commensurate with the soul that is being poured into them from the musicians, pastor and guests.
“First Baptist Church of Smithville reached out to us based on a referral from another client who was very pleased with the Danley system we had installed for them,” explained Scott Oliver, president of Centerline Audio Visual. “The existing system at First Baptist was in terrible shape. A lot of the loudspeaker drivers were blown and the whole thing was really only marginally functional. I didn’t need to ask them what was wrong with their existing system, it was obvious. But I did go over all of their current and future needs so that we could deliver a system that would capably meet those needs without going overboard. I met with them, measured the acoustical properties of the room, and built out a model in EASE. From there, I found the ideal Danley loudspeaker configuration that would cover the congregation in glorious stereo without hitting the walls or ceiling.”

HoverCam’s Pilot X Digital Teaching Station Honored in the Classroom Category for Empowering Teachers and Students HoverCam, an innovative technology leader in the education market, announced that its Pilot X …

Biamp today announced that it has been awarded a patent from the U.S. Patent and Trademark Office for its Beamtracking™ technology used in its award-winning Parlé™ family of ceiling, tabletop, and pendant microphones. The innovative patented technology, combined with Biamp’s advanced signal processing algorithms, allows the microphones to track and mix voices intelligently from around a meeting room, enabling communications of unparalleled clarity.
“Our Parlé microphones are empowered by this patented Beamtracking technology,” said Joe Andrulis, Executive Vice President of Corporate Development for Biamp. “Beamtracking enables us to deliver truly extraordinary meeting room experiences by allowing Parlé microphones to provide participants with crystal clear sound whether they are in the room or collaborating remotely.”

Yeon Moo Dae Church is a church housed within a Korean Army training center that draws from a unique mix of traditional and modern Christian influence. The construction of the church took ten years to complete as it relied upon singular donations from nearly 10,000 individuals, over 600 Christian community churches and just about 600 church-related organizations. Most recently, the church built a brand new sanctuary with a seating capacity that can welcome its 6,000-strong congregation. The room itself measures a generous 66-meters wide by 55-meters deep with a ceiling height of fifteen meters. The church committee knew well that such a big room required a big sound system, one that could cover the entire space with clarity and balance. After doing diligent research by visiting other large sanctuaries and listening to their sound systems, it was unanimously decided that Clair Brothers was the best brand for the job.

Champion Forest Baptist Church’s steady expansion over many decades has recently accelerated, inspiring the launch of satellite locations around its central Houston, Texas location. CFBC’s services are decidedly contemporary, with an energetic praise and worship band that’s unleashed at inspiring volumes and supported by full production video and theatrical lighting. Instead of receiving a simulcast from the central campus, each CFBC satellite has its own live pastor. The pastors at the different campuses work together to deliver a common message on a given Sunday. Based on their timely and professional work in the past, integration firm, Clair Solutions, installed the AVL systems at CFBC’s newest, 800-seat, satellite location as well as the student building in North Klein, Texas.
“We put in a new line array system manufactured by our sister company, Clair Brothers, along with a new DiGiCo console at CFBC’s main location many years ago,” explained Mike Mason, regional vice president at Clair Solutions’ Dallas office. “The Texas-based AVL consultants at Idibri designed that system, and we’ve worked with Idibri on numerous other successful projects in the Texas region and around the country. The folks at Champion Forest were really pleased with how that job came together, got exactly what they needed at a fair price, and it has continued to serve them well. They launched their North Klein location a few years ago by initially renting space in a school. When it grew to a size that justified its own building, CFBC again hired Idibri to design an awesome AVL system and Clair Solutions to make it a cost-effective reality.” 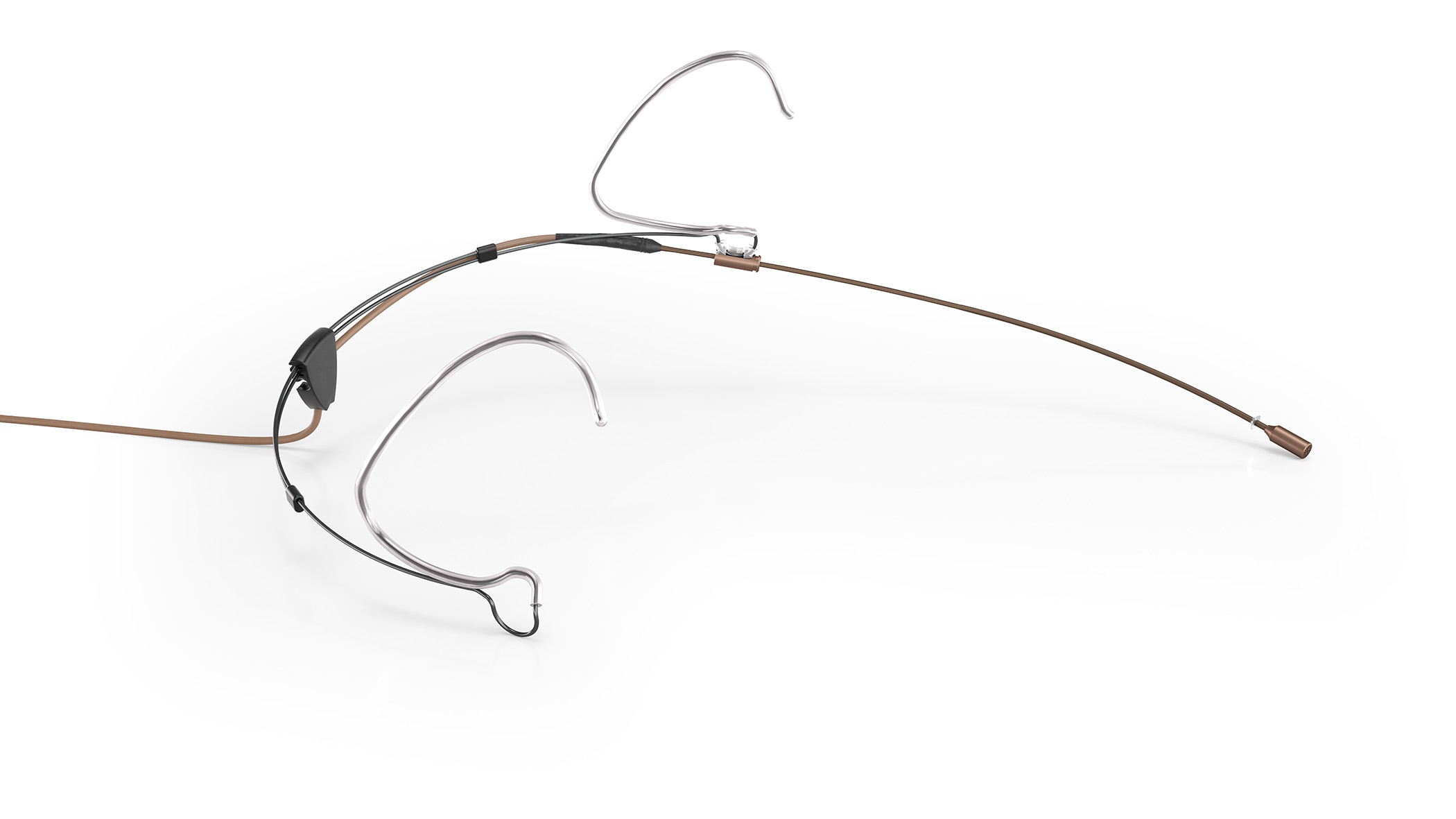 When the music industry comes together for NAMM 2020, DPA Microphones will be on location (Booth 17910) highlighting the newest versions of its 6000 Series of subminiature high-end pro audio microphones with the CORE by DPA technology. Among these is the lightweight, one-size fits all 6066 CORE Headset that attaches over the ears, has a three-point spring mechanism to grip below the ears and head, and is now also available in brown in addition to the previously released beige and black options. Like the headsets, the 6060 and 6061 CORE Lavaliers also have new color offerings – brown and white, as well as a white eight-way clip.
With stellar audio and a rugged, IP58 water-resistant rating, DPA’s subminiatures have become a notable force among leaders in the industry. This includes sound designers such as Dan Samson, Gareth Fry, Richard Brooker and Gareth Owen—all of whom were surprised by the exceptional sound quality packed into the mics’ small, compact design.

Biamp, a leading supplier of professional audio and video solutions based in Beaverton, Oregon, USA, today announced a new streamlined European distribution model to strengthen the company’s sales, support, and product distribution in the region. With a continued focus on rapid investment and expansion across Europe, Biamp has transitioned to either a sole distributor or dealer-direct distribution system to better support specific countries throughout Europe.

Performances by Marie Osmond and the Nashville Tribute Band were just some of the acts to cross the stage recently at the Ford Idaho Center Arena as part of Redeemer, An Interfaith Celebration. With audio for the charitable concert provided by Salt Lake City, Utah-based Poll Sound, monitoring onstage relied upon an Allen & Heath dLive S5000 Surface and DM64 MixRack.
“The challenge of this show was rooted in its fast pace,” explains monitor engineer Eric Kopp. “The nature of many of the performances demanded very active mixes.”
With seven members of the Nashville Tribute Band alone clamoring to keep tabs of their performances, not to mention the endless stream of guest artists, Kopp configured the dLive S5000 control surface so that everything he’d need from sound check to the final encore would be right at his fingertips. Building scenes beforehand for each artist, he moved his inputs and outputs into groups and then stacked them right next to his master for quick focus and easy accessibility. 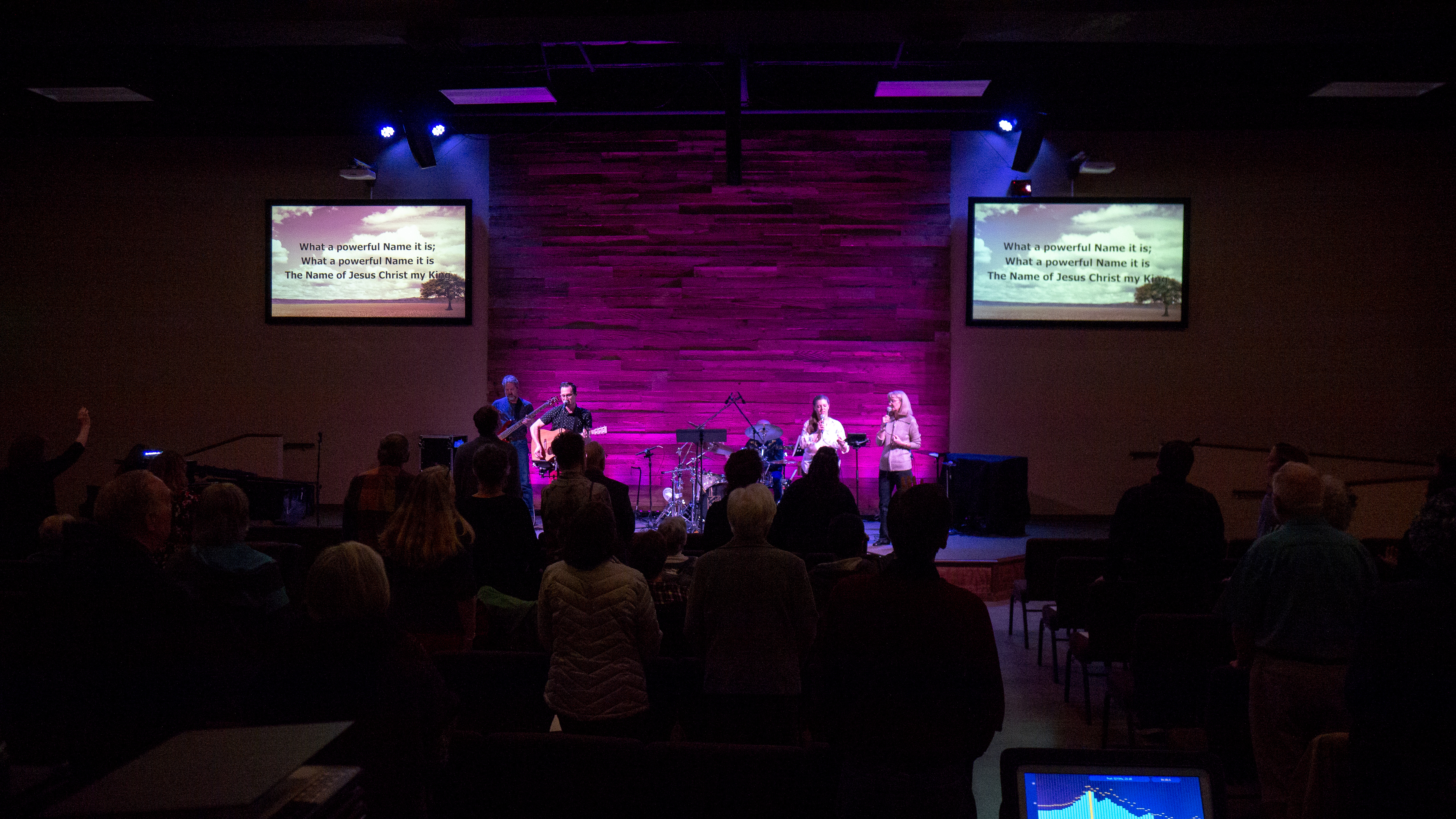 Many churches don’t know where to start when thinking about their lighting; what fixtures to get? Where to put them?  Do you need color or just white light? Why is lighting so expensive?  A myriad of questions often paralyze a church before a lighting upgrade project can even really begin.
The Gathering Place, in Vancouver, Washington, knows what goes into maximizing their lighting system.  Last year, they finished remodeling a small building and moved in.  Renovation and remodel projects nearly always run over budget and that affects other areas and this was no different.  Wishing to be the best stewards possible, they chose to utilize the fixtures from their mobile system and make a small investment in some LED color-changing back lighting and some uplighting for the back wall of the stage.
These were strategic purchases to help them build a system that could be added to in the future.  They had to balance current and near-future needs with budget realities and they did a great job as the results are eye-catching without being distracting.  Given that they were not recording video when they moved in, they decided to only light the center from the front.