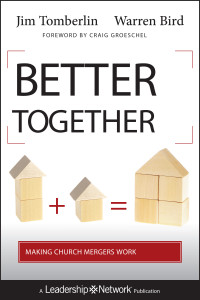 Over the next several days we will be sharing the first chapter of Jim Tomberlin and Warren Bird’s book ‘Better Together: Making Church Mergers Work’. Check back often for updates – the first of eight parts is below.

Is This God at Work?

In the pages ahead, we identify many logical reasons why church mergers make sense, why they are increasing, and why the results are increasingly positive. But those explanations are all secondary to our sense that God is clearly behind the momentum, especially in nations where Christianity has a long history and thus a need for revitalization of long-established churches whose life cycle is ebbing. In biblical terms, we believe mergers are another example of God doing a “new thing” (Isa. 43:19), helping existing congregations to reach new levels of unity, maturity, and the fullness of Christ (Eph. 4:13).

We believe this is congruent with God’s desire for “divine makeovers” as expressed through the prophet Isaiah, “Your people will rebuild the ancient ruins and will raise up the age-old foundations; you will be called Repairer of Broken Walls, Restorer of Streets with Dwellings” (Isa. 58:12).

We afﬁrm the idea of surﬁng spiritual waves that Rick Warren describes in The Purpose Driven Church. He points out that near the church he pastors in Southern California, people can learn a lot about surﬁ ng: how to choose the right equipment, how to use it properly, how to recognize a “surfable” wave, and how to catch a wave and ride it as long as possible. But they can’t learn how to build a wave. Just like surﬁ ng is the art of riding waves that God builds, “our job as church leaders . . . is to recognize a wave of God’s spirit and ride it. It is not our responsibility to make waves but to recognize how God is working in the world and join him in the endeavor,”7 Warren says.

We see the incoming waves of church mergers as offering a ﬁve-way win:

• Struggling churches now win. Stuck and struggling churches get a fresh start in living out God’s purpose for their church. As one of the participants in the Leadership Network 2011 survey of church mergers said, “Today, three years after our merger, most of us have to stop and think which church someone was a former member of.”

• Strong churches win. Strong and stable churches gain momentum as stuck or struggling churches join them in a new chapter of life. A staff member from a church of two hundred that had a church of ﬁfty merge with it said, “The number one reason we decided to join together was to reach our community faster and more effectively. In our opening month together we had twice as many ﬁrst-time guests than the two churches had separately before the merger. Within the ﬁrst two months, twelve people had made decisions for Christ. We are on the road to reaching our next two hundred. I am sure we have made mistakes, but God is at work, and that’s a huge win!”

• The body of Christ wins. The corporate witness of the local church is stronger and better able to make disciples of Jesus Christ. As one of the churches in the same Leadership Network survey said, “We are reaching more people who are farther from God than either church was doing before the merger.”

• Local communities win. Local communities are served better by strong vibrant congregations. Leaders of a church in the same Leadership Network survey that had experienced several mergers, all with positive outcomes to date, said, “If it is God’s plan, you can do no better. All leaders from the joining churches would agree that the mergers were the best thing that could have happened to our communities.”

• The kingdom of God wins. The kingdom of God advances and grows through vital, life-giving congregations. In one church during the ﬁrst weeks after its merger, nine people were baptized. “That’s more than our church baptized in the last ten years,” the pastor told us. The new church also saw ten other members join in those same weeks.

Everybody wins in successful mergers. With testimonies like these (and we could cite many more), isn’t the idea of mergers— by whatever term you use—something worth prayerfully and seriously exploring? 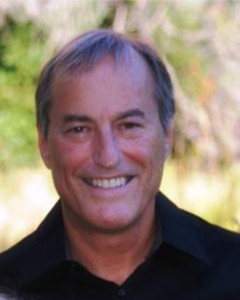