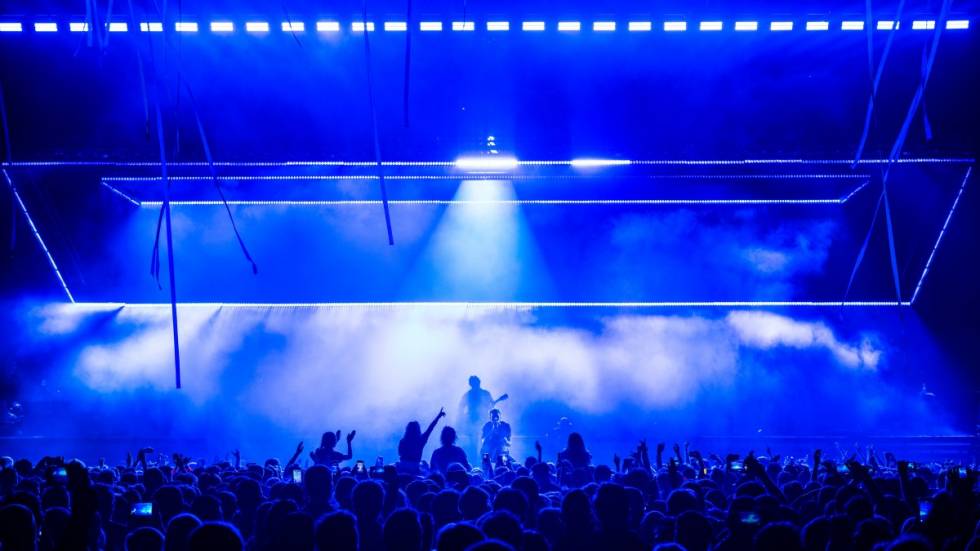 Faced with their second full-scale arena tour, the mercurial Sheffield group Bring Me The Horizon (BMTH) were seeking a different look and feel from their previous shows.

And so Sam Tozer was approached by production manager, Rob Highcroft, and Ollie Hutch who is one of the band’s creative as well as their FOH sound engineer. They had seen the designer’s inventive work with the likes of rapper, Skepta and the Swedish DJ duo of Axwell & Ingrosso, and liked his aesthetic. 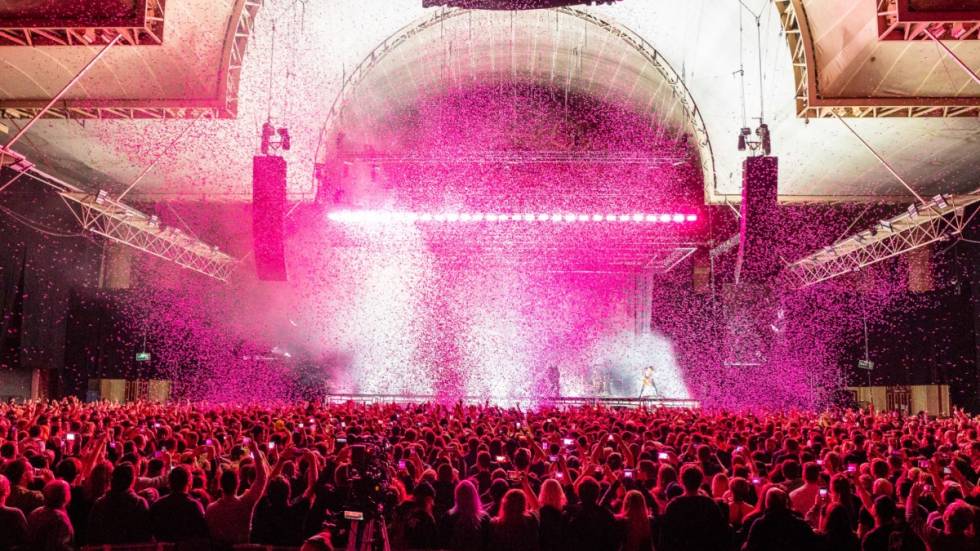 The design was a collaboration between all three men, but once again for the most part Tozer dipped heavily into the GLP LED fixture portfolio to bring it to life, deploying 156 of the JDC1 hybrid strobes and 88 X4 Bars in a set dominated by the German brand. To source this quantity of fixtures the designer turned largely to vendors, Christie Lites.

“These fixtures helped me create a stylized performance, which was sufficiently bright enough and dynamic,” he said. “In particular I wanted a tilting strobe that looked Industrial.”

This fulfilled the concept, in particular of Highcroft and Hutch, who have worked with the band for many years, and determined that the aesthetic needed to be a complete break from what had gone before. “Looking back, their previous stages had been filled with equipment, including screens and risers,” reflected Sam Tozer. “So initially we stripped it right back to a bare stage, and then started to add very minimal fixtures, ensuring that they didn’t intrude onto the performance space, and were purely there to enhance the show. There was no beam effect light as such.” 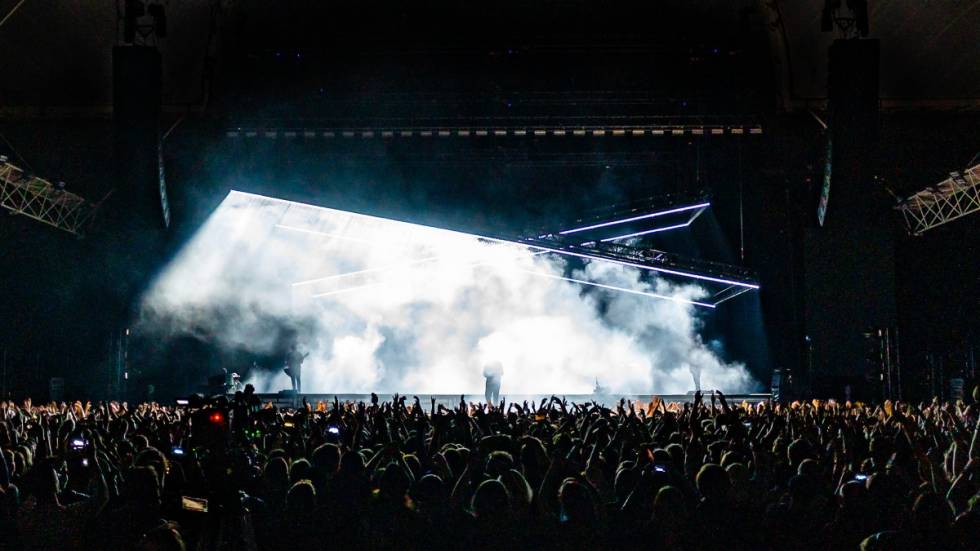 To achieve this, the show ran without risers, and 90% of the lighting fixtures were positioned underneath the stage to uplight the band through the grilled riser set up. The remainder of the lighting framed the stage or was used for keylight. “We had great support throughout the tour, and I’d like to thank everyone responsible,” concluded the LD.

Sam Tozer himself directed the show, with Kris Goodman (The Flying Lampie) as his programmer. 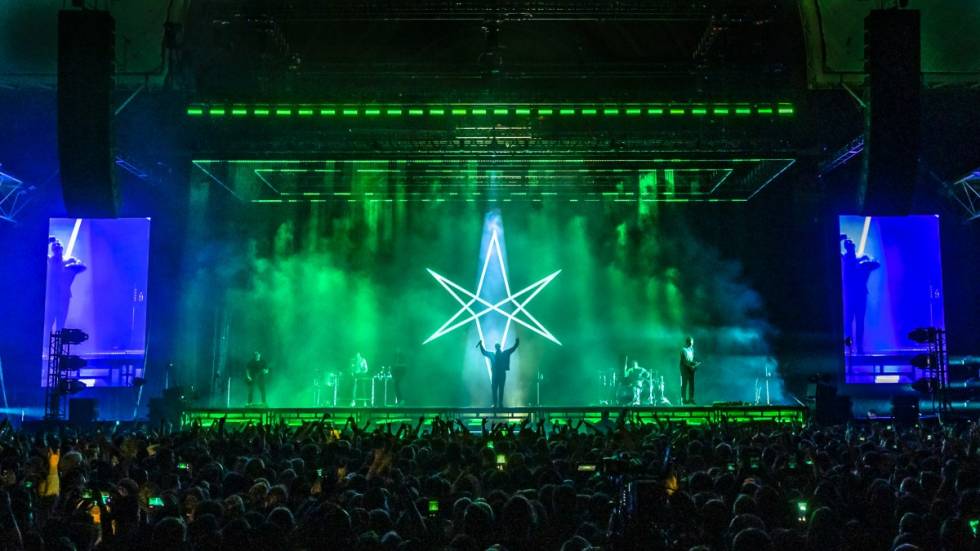 Meanwhile, the band will continue to promote their upcoming album amo when the tour moves to the States in January 2019, and Christie Lites will again provide the lighting inventory.