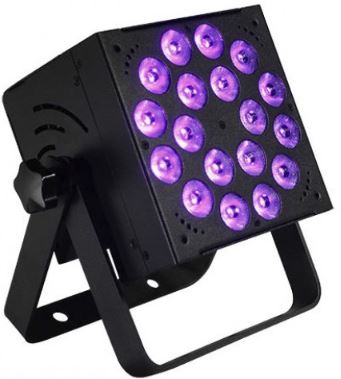 When Grace Bible Church moved on Easter Sunday 2010 from its original location in a small traditional brick structure on Main Street in Lake Como into their present facility in nearby Allenwood, New Jersey, it quickly became apparent that lighting in the sanctuary at our new location was going to have to be addressed. The present sanctuary is a round building with a very high geodesic dome forming the roof and ceiling. Obviously, the acoustics were going to be problematic, but since the sound was a much easier fix it was corrected first with the lighting placed on the back burner until it became financially feasible to confront the issue of lighting in the sanctuary. During the intervening years, Grace Bible Church experienced steady growth in its population as well in the various ministries that it now offers to the community. ­The new conference/guest speaker series open to the general public brought the whole lighting issue back to the forefront. While through the years the congregation had become acclimated to the constant twilight (euphemistically speaking) in the sanctuary, it now became something that had to be corrected sooner than later. Also, videotaping the sermons and special events for posting on the church website became a problem because of the poor lighting.

Grace Bible Church contacted Damian Gigantiello and Legacy Lighting LLC to finally correct the lighting situation once and for all. After studying the issues that needed to be addressed, i.e. shadows as well as hazy, unclear features on anyone speaking from the stage; blinding light from the old PARcans at the rear of the sanctuary; the normal clutter behind the speaker in the videos highlighted by the PARs, creating a major visual distraction; enough lighting for special events and services that would be easy to operate and afford much more flexibility; etc., a plan was put into action.

The first priority was the installation of two moving lights mounted to the ceiling that would throw light on the pulpit at around a 45 degree angle, eliminating the facial shadows on the speaker. Legacy Lighting used two Blizzard Kryo Morphs™, which are super bright moving spots. Two Blizzard RokBox EXA 8 x 15 watt RGBAW+UV 6-in-1 LEDs were installed on each side of the stage (for a total of four RokBox EXAs) to provide side washes on the pulpit as well as the entire stage if needed.

In addition to the two Kryro Morph moving spots and the four RokBox EXAs for the pulpit and a le­ft/right stage wash, Legacy Lighting installed eight more RokBox EXAs on a truss over the center of the stage to wash both the upstage and downstage. This not only helped light the stage for the musicians and vocalists, it helped eliminate the clutter behind the pastor by darkening the upstage area and lighting only the pulpit downstage. The difference in the videos is striking: no clutter; no distractions; clear vivid facial features on the speaker. The entire system is wireless and controlled by Avolites Titan So­ware and an Avolite Titan 1 USB Dongle connected to a Lenova Yoga 2 Convertible 2-in-1 laptop with an 11.6” touch screen and a Bluetooth 4.0 interface. The system is incredibly easy to operate, especially once the AV staff learned how to program the console so that all that needs to be done is move a slider up or down to change the lighting from one scene to another. In fact, it’s easy enough to operate that a number of the AV sta are already doing both sound and lights solo, without an extra set of hands. 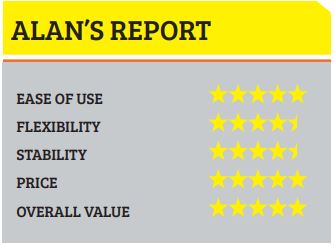 The system is extremely flexible and easy to use. What Grace Bible Church is now able to do with the lighting in the sanctuary is now above and beyond what was initially possible and at a fraction of the cost that one would expect. Overall, a great product that’s easy to use and that offers a variety of lighting applications at a great price, not to mention the availability of Legacy Lighting LLC and Damian Gigantiello who are only a phone call away to provide professional technical assistance if there are any questions. The Blizzard Lighting products and the professionalism of Legacy Lighting turned out to be a winning combination for Grace Bible Church.

ALAN FOSSA IS A DEACON FOR GRACE BIBLE CHURCH, MUSIC AND AV MINISTRIES.