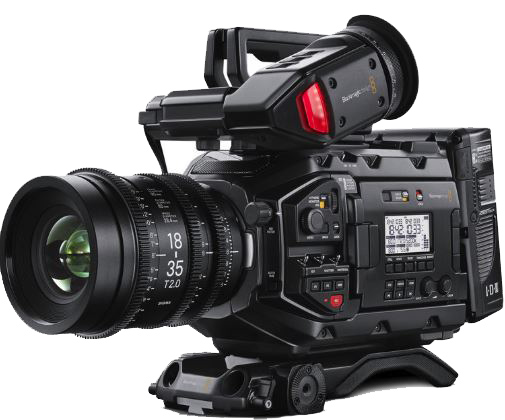 Over the last several years, Blackmagic Design has been releasing products that, for lack of a better term, “scratch an itch!” I was an early adapter to Blackmagic Design’s first-ever Cinema Camera, and have been using and integrating their gear into my designs ever since. Before I get to the new Ursa Mini Pro 4.6K, let’s give some contrast and go back to the Blackmagic Design Studio Camera, which I reviewed over three years ago for TFWM.

Since that review, I have been bombarded by calls, social media messages, and emails from churches all over the globe, asking if and how it can be used in the church world. Everyone had one major concern: lenses! Some MFT lenses can be useful and look great in certain situations, but in a typical church environment where longer throws are needed, MFT lenses just can’t seem to offer products with adequate zoom range and aperture needed to operate in lower light. The biggest shortfall being, MFT lenses are not par focal like B4 lenses and have no back focus. Simply-put, the moment you zoom, you must also adjust focus simultaneously; and that’s just not practical. Adding a third-party B4 to MFT adapter is an option, but you have to add external power since that camera does not power a B4 lens; and, more importantly, it did not perform well in low light, as the dynamic range on the studio camera was really lacking. We had to gain up to +18db in order to have a usable picture. The result was grainy and subpar.

Blackmagic Ursa Mini 4K and 4.6K Cameras were a huge improvement from the Cinema and Studio Cameras. With a firmware update, the PL model camera eventually became compatible with ATEM Camera Control and they released a PL to B4 adapter, though PL lenses are very expensive. Both Ursa Mini PL models can power a B4 lens. Dynamic range was decent on the 4K, but significantly better on the 4.6K with its three additional stops and superior sensor. When shooting in the field, although the picture quality looked great, navigating the menu, lack of ND filters, and some questionable button placement left a bad taste in the mouth of some.

Well it took some time, but it finally seems the powers-that-be at Blackmagic Design have heard our cries and finally released a camera that addresses the shortfalls of its predecessors: Blackmagic Design’s Ursa Mini Pro 4.6K! Over the last several weeks, we’ve put ours through the ringer to find out how it would perform in a variety of environments both inside and outside the church.

At first glance, the Ursa Mini Pro 4.6K looks sleek and feels rugged. It weighs in at 5.1 pounds, features an all-metal chassis and just a little heavier than the Ursa Mini 4.6K model. It uses the same Super-35mm CMOS Sensor as the Ursa Mini 4.6K. The biggest improvement is its functionality and versatility. External controls are strategically placed around the camera, which especially comes in handy when on-location and you need to adjust a setting quickly. There are three rocker switches: ISO, Shutter, and White Balance, plus assignable function buttons. There is a dial for iris control and a rocker switch for power-which may have been the number one design flaw of the Ursa Mini-as you had flip out the LCD monitor in order to get to the power button! The addition of ND filters is also a huge upgrade; you can select open, 2 stops, 4 stops, and 6 stops. Another clever tool; downloading the iPad app will allow Bluetooth control of most camera settings.

One of my favourite features is the interchangeable lens mounts. It ships with the EF mount, with B4, PL and Nikon F-mount as optional accessories. The B4 mount allows us to use our existing B4 lens with studio zoom and focus controls for Sunday services. The Ursa Mini Studio Viewfinder is a great addition, and adds the green preview tally and red program tally information when connected to ATEM Camera Control. During the week, we then use our EF lenses to shoot church news, B-Roll, events, interviews, etc, and it only takes a matter of minutes to swap lens mounts.

For recording, it has dual CFast 2.0 and SD Memory Card Slots, plus Blackmagic Design just started shipping the new Ursa Mini SSD Recorder which is another great option to have. For audio, it has two XLR analog inputs switchable between mic, line and AES audio, and phantom power support, plus a 3.5mm headphone jack that supports talkback through ATEM Camera Control. 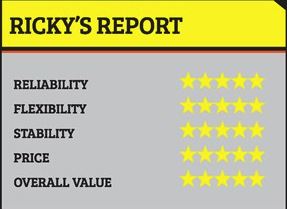 Overall, I must admit I am really in love with this camera! Though its price point is a bit higher than Ursa Mini 4.6K, the additional features, unprecedented versatility, and overall user experience of the Ursa Mini Pro 4.6K is well-worth the investment. In my opinion, this is the best product that Blackmagic Design has ever developed, and after several previous attempts at cameras, it seems they listened to their customers and critics alike, and got this one right!

RICKY IS A TWO-TIME EMMY® AWARD WINNER WITH OVER 15 YEARS’ EXPERIENCE IN BROADCAST TELEVISION AND CORPORATE BRANDING. HE IS THE PRESIDENT OF PROTON GLOBAL MEDIA GROUP, AND WAS A FINALIST FOR THE 2015 INTEGRATOR OF THE YEAR AWARDS FOR HIS RECENT DESIGN FOR HIS HOME CHURCH, NOW CHURCH, IN OCALA, FL.