In order to give you a sense of how delighted we are with the DXA-SLR PURE, I’d like to set the stage as it were. I volunteer at the Good Shepherd Anglican Church in Stayner, ON, where I have been responsible for directing musical presentations involving youth for over 25 years. In addition, for the past 18 years I have done the same for a youth-oriented not-for-profit theatre group in my community. In order to provide the youth involved with a history of their accomplishments, I’ve always videotaped the presentations.

Our church was built in 1871 and it has a signifi cant acoustic reverberation. While teaching Sunday School with our teens, I encourage them to write their own Christmas musicals which we present on the third Sunday in Advent. At the church, we place a single camera on a raised dais at the back of the knave and the children present their musical at the front of the knave and in the chancel. With the theatre group, we videotape the presentations with two cameras placed on a raised platform. In both cases the cameras are about 80 feet back from the presentation area.

In the past, there has been so much crowd noise between the presentation area and the cameras we eventually had to place microphones directly in front of the stage and connect them to an analog sound mixer through a snake. However, this solution never works properly, as we consistently experience a low hum we are unable to totally eliminate. We do not have a trained audio engineer and we’ve tried many different suggestions, including recording the audio on a separate audio recorder which we then have to synchronize in the editing process. One year, we rented cameras that had direct XLR inputs for mic cables which worked well, but we couldn’t afford to keep doing this as the camera costs were prohibitive. 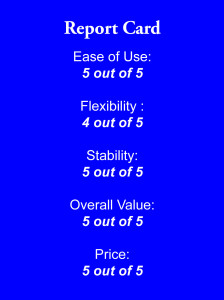 This year, we acquired a DXA-SLR PURE audio interface as a possible cost-effective solution to the problem. Although it is advertised as being for DSLR cameras, it can be used just as effectively with camcorders.

Our first opportunity to try this interface came this fall with the theatre group, where we connected the DXA-PURE to one of our two Canon Vixia HF G20 camcorders. Connection of the tripod and camera was simple. We ran XLR cables from the mixer to the adapter. From the very first try, it was obvious our problems had been solved with overwhelming success. The audio is crystal clear, with no evidence of ground noise. The VU meters allow the operator to adjust for any changes in voice projection on the stage. As we advocate youth in all areas of our presentations, it is very important our videographers be able to use the meters for a very balanced recording, and there was hardly any learning curve for them with the DXA-PURE. They were able to easily monitor the sound and maintain the levels we needed to record the best audio possible.

I’ve uploaded the video from both cameras and have already begun editing the presentations. In the past during the final editing process, we were frequently unable to use the audio from the mics due to the noise, and I’ve often been forced to try and use a combination of audio from the two cameras. This has added significant man-hours to the entire process, because we not only needed to sync the audio to the video, but we also had to adjust the sound to ensure the audio levels were maintained from one edit to the next. The DXA-PURE has provided such high quality sound that, for the first time ever, we only have to edit video and not audio as well.

After years of frustration, we have found the most cost effective solution to acquiring pure audio to a camera. I am looking forward to the Christmas season and the difference this product will make to any presentation filmed in our church worship area. In our situation, with only amateurs to work with, I can honestly say that the DXA-SLR PURE audio interface has enhanced our video presentation and is the best piece of gear we’ve acquired in a very long time.

Gren Bray is the choir director and a worship leader at Good Shepherd Anglican Church in Stayner, ON. He is also the stage and musical director of Clearview Community Theatre, a not-for-profit youth-oriented organization.