Olive Branch Community Church was born December 4, 1988 at 7pm. Pastor Ike Riddle led twelve people that first night, and most were children and teenagers. We met every Sunday and Tuesday until the day we went “public” on Palm Sunday, 1989. Since our inception, we have been blessed with growth – our first public service had 160 people in attendance. We’ve transitioned from a portable church meeting in a high school to a permanent facility in Corona, CA, which currently is home to around 1000 worshipers per weekend. 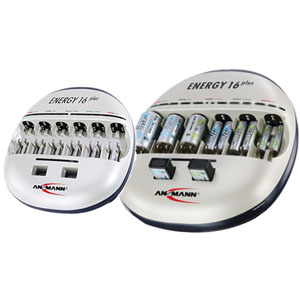 About six years ago, we were running three Sunday morning services and a Sunday evening service, using several wireless devices. Production would try to make alkaline batteries last the whole morning, which they generally did, and then replace those batteries with a fresh set for the evening service. There was also battery usage with our school, youth meetings, etc.

I was spending about $70 per week in batteries, and despite trying different ways to save money – including using store brand and bulk batteries – nothing seemed to make a difference. It was also very frustrating dealing with the half spent and quarter spent batteries we had to replace every week when we were using alkalin, and knowing that so many batteries were going to waste because we couldn’t trust their charge level and didn’t want to experience equipment failure during worship. I literally had a big box of batteries on my desk that still had juice, just not enough to take the chance on during service.

My previous experience had been with consumer brand rechargeables, which wouldn’t work for the church, as they are just not durable or reliable enough for production use. However, a few sources I trusted, including Mike Sessler, Van Metschke, and even Cirque du Soleil, were using Ansmann rechargebles as a good solution. Ansmann Batteries had a long battery life and lots of BY BRIAN NORWOOD rechargeable cycles before they needed to be
replaced. I had to write a proposal to get approval to switch to rechargables, breaking down the numbers as to why this would be a feasible way to save money in our budget, and was approved to purchase a charger and eight batteries. I first tested the charge of the batteries by putting some in a wireless mic, turning it on and leaving it on my desk. It stayed charged pretty much the entire day. I tested a variety of different devices, including the pastors mic, with the same levels of success. The length of time on the recharge cycle was very attractive to me, and once I ran my tests, it took me about six weeks to determine we needed to make the switch completely to rechargeables.

We use 12 channels of wireless in our main auditorium, five channels in our kids room, and seven in our Jr/Sr High
venue. I now have 11 Ansmann chargers (two Energy 16s and a fleet of Energy 8s), with something like 80 cells for production. I also ordered more for my inventory this Black Friday. We generally replace the cells every 18 months to two years, and I haven’t had a single production failure with any of these batteries the entire time I’ve been using them. I use the batteries everywhere I can, and have virtually replaced all our alkaline batteries with rechargeables. The batteries paid for themselves after about five recharge cycles, so we saw a return on our investment shortly after purchase. From a customer support perspective, I’ve had only positive experiences. I’ve never had to utilize the warranty on any of the cells, and have only had to remove a handful of batteries completely out of service in the last six years we’ve been using them. The one charger we had that was faulty was immediately replaced at no cost. I will be purchasing additional chargers soon for our youth group, which is splitting into two separate groups (junior and senior) so that they will both have their own supply. When you do the math, and not counting for added wireless equipment since we started using rechargeables or inflation, we have saved at least $22,000 by not having to purchase alkaline batteries every week. Freeing up that money is just good stewardship – and it has given us extra money to spend in a more positive manner to impact the kingdom. 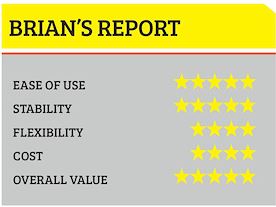 Our ministry has grown considerably since the original purchase – we’ve added a Saturday service, we have youth sessions during midweek, and now we are discussing opening a second venue so even more batteries will be required. It’s difficult to even fathom how much we would be spending on alkaline batteries now if we were still using them. As we grow, having a good, reliable source of energy not only makes sense, but it feels good. I feel using rechargables is within the spirit of Christian stewardship to not waste and recycle.

BRIAN NORWOOD IS THE TECH DIRECTOR OF OLIVE BRANCH COMMUNITY IN CORONA CA, WHERE HIS BACKGROUND AS A PAINTER, DRAUGHTSMAN AND MUSICIAN HAVE HELPED HIM BRING A CREATIVE’S VISION TO THE TECHNICAL ARTS. HE IS A HUSBAND, FATHER AND RECENT GRAND-FATHER. YOU CAN REACH HIM AT BNORWOOD@OLIVEBRANCH.ORG