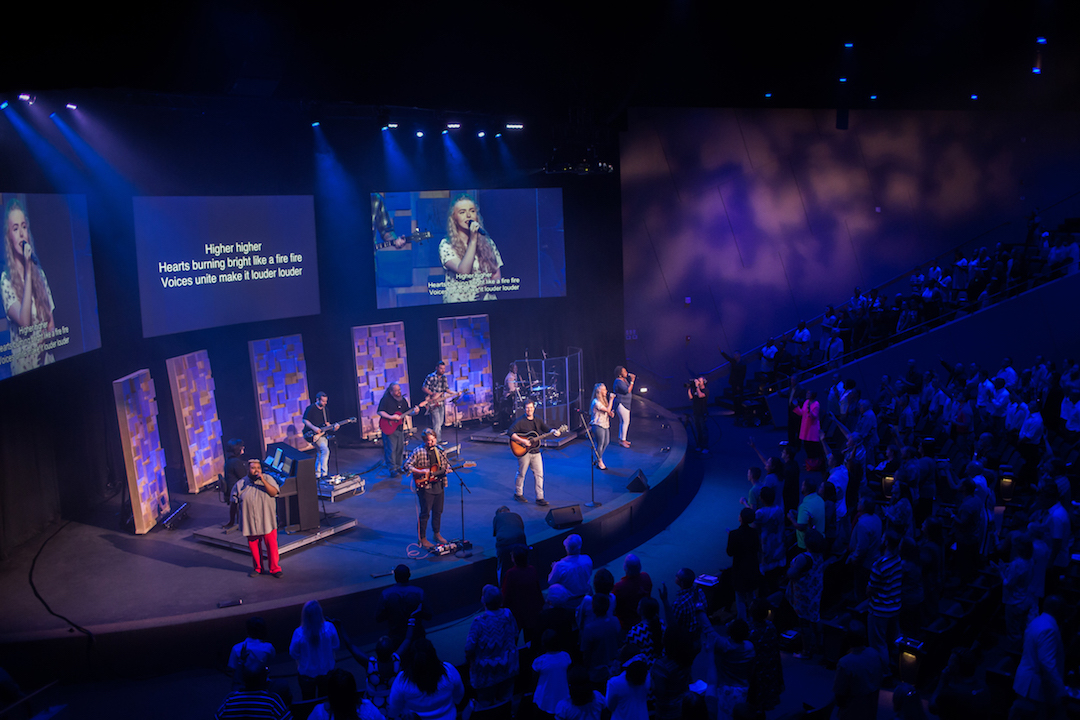 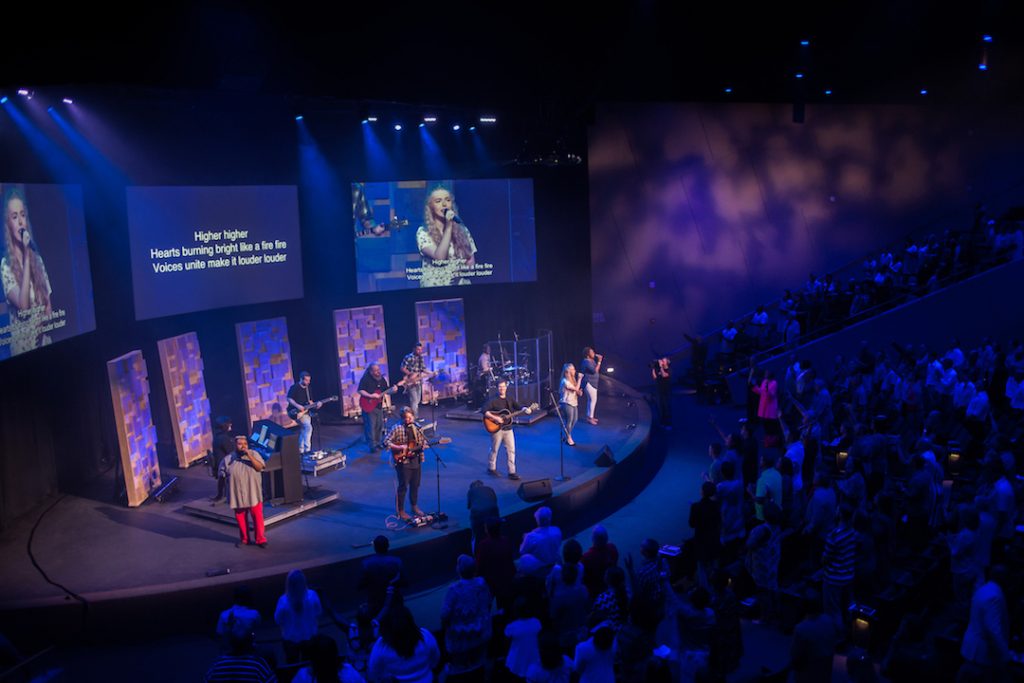 Lawton First Assembly located in Lawton, Oklahoma has a 10-year history with AGI Professional of Eugene, Oregon. “We needed an AVL company that would understand what our needs were,” states Senior Pastor Don Barnes. “Our church was so outdated, we even had the original red carpet. We were in need of a facelift and without a large budget, AGI always looks ahead so we don’t spend money on products that would soon be obsolete. Greg Slape (AGI owner) knows the church as well as he knows the technology.” The company was again chosen to specify and install complete audio, video, and lighting systems first in the youth auditorium followed by the sanctuary.

“The church’s musical and spoken word programming, along with a careful study of the room using the NEXO NS1 modeling tool, determined the product choice,” says Slape. AGI also installed acoustic treatments primarily to the space on the audience rear walls and over the stage.

“Our new NEXO and Yamaha audio system in the main sanctuary has received many compliments from our congregation about the clarity of the sound and is easier to hear. One of our members is 89 and said, ‘I can hear the words to the songs for the first time!’ Our sound is full, rich, and clear without being distorted so the message comes through for all to hear clearly.”

For more information on Yamaha and NEXO products visit www.yamahaca.com.