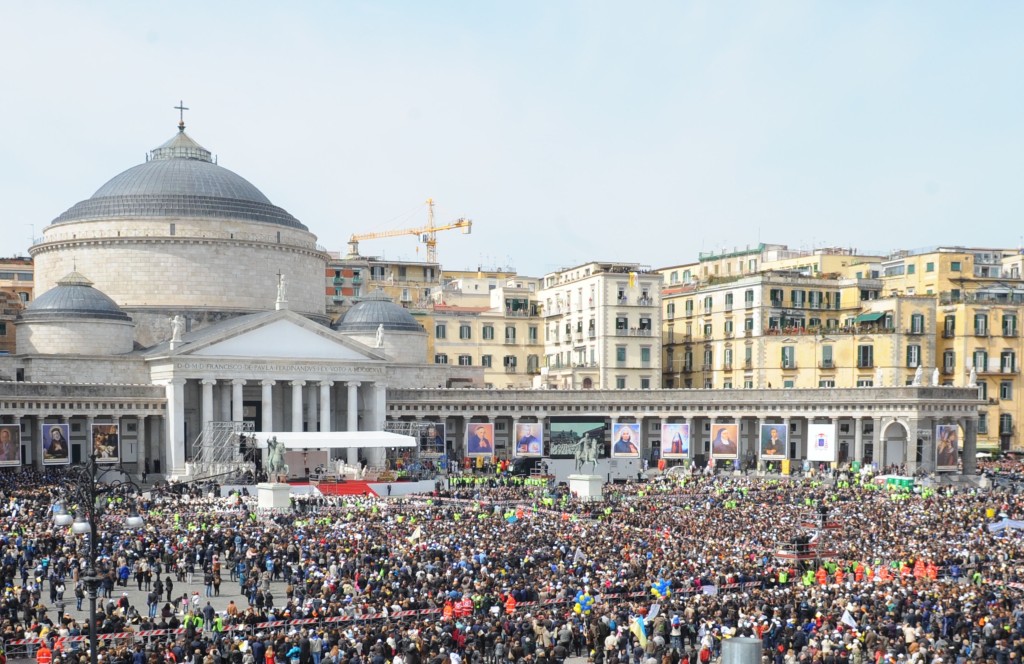 During one of his recent pastoral visits nearer to “home”, globetrotting Pope Francis celebrated mass before a congregation of approximately 60,000 in Naples’ Piazza del Plebiscito. The event was also followed by crowds on nine mega-screens installed in other parts of the city.

Sound reinforcement for the event (featuring a 200-strong choir and a 35-member orchestra), was provided by Dee Jay Service and featured an all-Outline set-up.

The system comprised forty Butterfly modules (a main system with 8-module left and right main hangs and a pair of delay towers, each with twelve enclosures). A pair of DBS18-2 subwoofers were installed under each of the four arrays and four Doppia systems were used on front-fill and out-fill chores. The monitor set-up featured two DVS 8, positioned alongside the Pope’s chair, and a H.A.R.D. 115 for sidefill purposes at each corner of the stage.

Dee Jay Service, headquartered in Rende (Cosenza) had already worked on several events with the Pope in the past and its team in Naples was led by owner Remo Florio and PA manager and FOH engineer Francesco Spadaccino, who gave an insight on the project and how the rental firm and Vatican Radio got the Word over loud and clear to the huge crowd.

“Using Outline’s OpenArray 3D simulation software we solved the problem of coverage and reflections from the buildings that almost completely surround the 180 metres (590’) long and 250 (820’) wide square, ensuring the sermon’s utmost intelligibility, indispensable for events of this nature. After completing the system configuration to ensure optimum audience coverage, I went on-stage and personally fine-tuned the stage monitors for the Pope.” 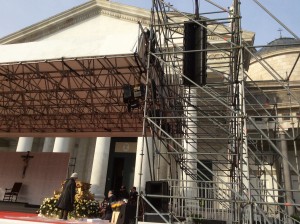 Vatican Radio is always involved in events in which the Pope participates, but relies on the support of the rental companies involved, and the person in charge of the technical aspects in Naples on behalf of Vatican Radio was Roberto Bellino, sound engineer with Vatican Radio for over 37 years and assistant director of the Radio’s Ceremony Section. Vatican Radio sound engineer Massimiliano D’Angelo was responsible for mixing the speech mics and Spadaccino those of the orchestra and choir.

After the event, Bellino stated, “As in the other locations we have worked in with Dee Jay Service in the past, the Naples event was another excellent experience, with great audio quality and intelligibility.”

Spadaccino was also enthusiastic, “The result was perfect intelligibility throughout the entire audience area.”