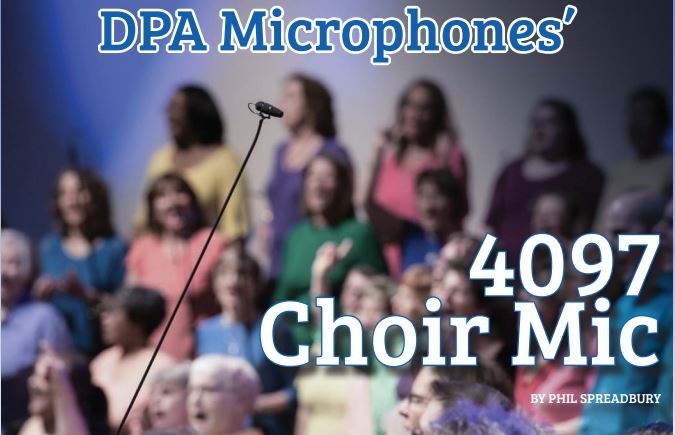 Founded in 1937, Lancaster, PAbased Calvary Church is home to a congregation of nearly 4,000 worshippers, includinga 50-person choir and 120-person orchestra. The choir and orchestra are generally on stage together, and we’re proud to feature a diverse range of music with varied choir sizes and an array of instruments.

As the technical arts director, I oversee the use of video and audio equipment at all worship services and guest events, which range from banquets to concerts. Our media team consists of three full-time staff, along with much appreciated assistance from part-time volunteers. Now in my 11th year as a full-time staff member, I’ve evolved into a jack-of-all-(AV) trades. I am involved with everything from audio to video to lighting, and even streaming. This, of course, also includes capturing choir audio; and audio is what I like best. Given that, I was particularly excited when we recently had the opportunity to try out a pair of DPA Microphones’ new 4097 Choir Mics for three weeks, before the units became generally available.

We have a pretty standard PA system for a congregation of our size, with a 96-channel digital console and a line array speaker system. Our typical audio capture design for the choir in recent years relies on 14 mics, with six of these being our stalwart DPA 2011C standard cardioid mics. A few other mics from other manufacturers fill out the audio acquisition.

The new DPA 4097 choir mic is primarily designed to capture dynamic choir sound in a HOW setting. It is based on DPA’s established CORE 4099 Instrument Mic and is delivered with a MicroDot connector and DAD4099 XLR adapter. The 4097 can also be used with a wireless transmitter, but we did not use the mics in this capacity.

Although they certainly can be used for other applications – including as overheads on an orchestra – these mics are designed specifically for choir use. As such, they feature a supercardioid capture pattern that is narrower than a typical cardioid. This allows them to be much more focused, eliminating the capture of sounds from the left and right of the intended subject. Like all DPA mics, the 4097 has a flat, off-axis response and very high-gain before-feedback.

Because the 4097s have that supercardioid pattern, to have a wide pick-up they need to be set up a bit farther from the source than a comparable cardioid mic. In our usage, we found the mics’ coverage pattern to be very good at excluding extraneous sounds from drums or other instruments performing on stage with the choir. There was also less monitor bleed. Put simply, the DPA 4097 mics really did help us capture a natural and pure vocal sound, and a very accurate representation of the choir. 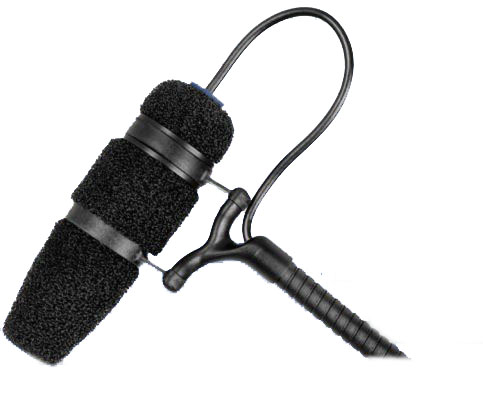 Personality & Footprint
All microphones have their own characteristics or personality. They shape sounds in a certain way based on how they are built, the materials used and the electronics.

The DPA 4097s provided impressive choir audio capture. Perhaps the greatest thing about the 4097s (and really all DPA mics) is the transparency and authenticity they bring to the production. From the perspective of my ear and those on staff, the sound they capture is clear and precise; what the audience hears really sounds like the sound source.

We tried the 4097s for three weeks within our full mic array, and our full 120-member choir. The choir-specific mics enhanced our performance and captured/amplified an authentic sound indicative of the amazing voices of our choir. The resulting audio was very warm-sounding, and never harsh or tinny.

Within this period, we also used the two mics with the smaller mic array for our 30-person choir, which has a more contemporary style. Instead of using our three DPA 2011s, which are designed for studio applications, we incorporated the pair of 4097s. The 4097s sounded great in this application as well.

Beyond the sound capture qualities, the physical design and look of the DPA 4097 mic and its stand system (which extends upwards of 10 feet) are fantastic. Additionally, its slim formfactor does not dominate the stage, letting the performers shine as they should.

This minimal footprint means that once you get a few feet away from the choir, the mic effectively disappears from view. We do live streaming and other video capture, so a subtle mic footprint was noted and welcomed. It’s also less visible to the live audience.

DPA also did a wonderful job eliminating vibration creeping into the capture, with multiple levels of shock mounting that really works. In terms of long-term lifespan, DPA also did a great job with the strainrelief on the cable. It’s clean and simple and keeps the connection in good shape, which should enhance quality over the years.

The capture pattern also offers visually aesthetic improvements through the simple use of fewer mics crowding the stage. We anticipate replacing our current 14 mic design used with the full choir with an eight or 10 mic design that incorporates the 4097s. Beyond cost and complexity benefits, using fewer mics is always a good thing, as it will allow higher gain before-feedback enabling us to turn the mics up louder before experiencing feedback.

Because of the slight design of the mics and the stands supplied with the system, we think we’ll be able to set the DPA 4097s at about the nine-foot mark, which is nearly three feet above our current design. When the mics are that high, they can cover more of the choir despite the narrower supercardioid pattern.

I should note that we only had two mics available for our testing, so our results are at least partly speculative. That being said, in actively listening to the quality of the two mics, we feel confident that a larger complement of the DPA 4097s will make for a noticeable sound improvement. We could see this when using the mics in our smaller 30-person choir, where the two 4097s represented a greater percentage of the capture. 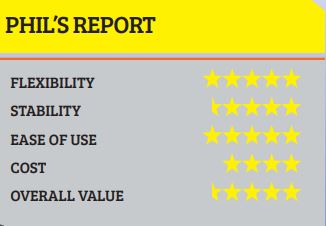 Also, I was not personally operating the sound board during the first time that we used the mics in our full array, but the staffer who was noted that the sound had vastly improved from our usual setup. The DPA 4097s are clearly purpose built for this job. We look forward to acquiring several DPA 4097s, and the superior choir capture we will achieve with them.